We’ve just learned that ETR’s Alex Williams has been selected to receive the 2015 Dr. Mark Colomb Leadership Award from the Southern Regional Ball/House and Pageant Communities (B/HAP). We spoke with Alex about what receiving this award means to him, and why this type of work is so important. He told us:

We’ve just learned that ETR’s Alex Williams has been selected to receive the 2015 Dr. Mark Colomb Leadership Award from the Southern Regional Ball/House and Pageant Communities (B/HAP). We spoke with Alex about what receiving this award means to him, and why this type of work is so important. He told us:

Weaving the Thread: A Life's Work in HIV/AIDS Prevention and Service 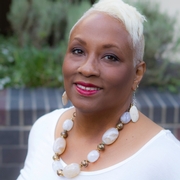 “The two most important days in your life are the day you are born and the day you find out why.”

When I first heard this quote, it really hit home with me. I was always a planner, a bit of an overachiever, but things really didn’t come together for me until I began doing work in the HIV/AIDS arena. Today, on World AIDS Day, I reflect not only on what I see as my calling, but also why I do this work.

In the early days of this new millennium, HIV/AIDS was one of the top five health disparities affecting African Americans and underrepresented minorities in the U.S. This was also true in my hometown of Nashville, Tennessee. I don’t think I’d fully understood to that point that a disease like HIV could run rampant, so disproportionately affecting some communities.

HIV was sexually transmitted and surrounded by great stigma and misinformation. It was sometimes passed between people who loved one another deeply. All of this tugged at my heart strings.

It Gets More Real

During this time, I first heard of the death of someone I knew. It was a man I used to hang out with when I was younger. He had moved to Atlanta a few years before, leaving a girlfriend and a daughter behind. There were rumors—many rumors—of a “change in his lifestyle” in his new surroundings. The news of his death brought even more whispers.

But no one would say “AIDS” out loud. Instead, they exchanged “knowing” glances when his name was mentioned. As I reflect on this now, I see this was one of the experiences that spurred me into action in this work. I wanted to help eliminate the stigma of HIV/AIDS and get people talking out loud about it.

In 2003, the Institute of Medicine released their report, Unequal Treatment: What Health Care Systems Administrators Need to Know about Racial and Ethnic Disparities in Health Care. (A summary is available here). The report detailed the potential of cross-cultural education to improve provider-patient communication. It was then I made a decision to focus my work toward improving health care outcomes in diverse populations through health communication.

The ways in which culture impacts health outcomes are myriad and until recently have been largely overlooked by the scientific community. When I conceptualize culture, my thinking goes far beyond ethnicity and race. I look at communities that are created regionally, institutionally and even through constructs such as gender and sexuality. For example, the regional culture of Black men who have sex with men (MSM) in Nashville—and the messages that resonate with its members—are distinct from those of Black MSM in Washington, D.C. When we pay attention to these types of distinctions, we have a chance to do more effective work.

I’m not sure if Mark Twain was able to pin down the discovery of why he was born to a single day or occurrence, but my own journey has been much more circuitous. It’s taken me to many different places, introduced me to some amazing groups and individuals, and offered me a multitude of opportunities for extraordinary learning.

In Nashville, I was working as the Director of Public Relations at Meharry Medical College and had just completed my PhD in Organizational Communication. It was through an association with the Imani Coalition, a group of community-based organizations in Nashville, that I first began my HIV work.

I worked alongside Rev. Edwin Sanders, whom I consider my mentor in HIV/AIDS ministry work. His work was groundbreaking within the faith community. He was far ahead of most clergy when tackling HIV/AIDS. He stood together with those infected and affected by HIV. He practiced what he preached in his ministry, welcoming “Whosoever will come” without question or condition. Many places of worship did not do so then, and sadly, many still do not.

I have tried to pattern my own faith-based philosophy on Dr. Sanders’ inspirational work.

When I relocated to Washington, D.C., I joined the corps of volunteers of the Behavioral and Social Scientists Volunteer Program, a program of the American Psychological Association. This group provided capacity-building assistance for community-based organizations working in HIV prevention. My work with them equipped me with knowledge of the evidence-based interventions used by the Centers for Disease Control and Prevention (CDC). It trained me to become a capacity-building “coach.” It also introduced me to what the D.C. community was doing to help combat the spread of HIV/AIDS.

I also served as lay pastor for the HIV/AIDS ministry at my place of worship. For years, the church had been doing ministry work by serving meals at a nursing home that cares for many AIDS patients. But we had never really addressed the epidemic head on. If there were HIV-positive persons in the congregation, this was not widely known. There were no mechanisms to offer direct support to congregants affected by HIV in some way.

When I was asked to take over, my first intention was to address the congregation’s awareness of the epidemic. Our pastor, then very new, had the church participate in the National Black Week of Prayer for the Healing of AIDS. I set up a table with HIV information at a health fair we organized at the church. Members of the congregation viewed from a distance, but no one dared come pick up materials. In 2009, we also had the first ever HIV testing event at the church for National HIV Testing Day. More people were tested from outside the congregation than within.

Clearly there was more work for me to do!

What Matters to Ministers

I had the opportunity to attend the Black AIDS Institute’s African American HIV University, where I focused my projects on mobilization in the faith community within the Washington, D.C., metropolitan area. I did a needs assessment with a clergy fellowship group. Through this needs assessment, we determined that most ministers were not equipped with the basic knowledge necessary to provide counsel to persons living with HIV/AIDS.

Not only that, but in the scheme of things, HIV/AIDS was not even in their top five concerns. Things like poverty, unemployment, homelessness, mental health and family issues were greater concerns. Ironically, these are exactly the things that make up the social determinants that influence health status generally and HIV/AIDS specifically.

Pastor Frank Tucker emerged from that process as one of a few ministers in D.C. committed to providing services for people living with HIV/AIDS. He recruited me to be a part of a group to establish a D.C. affiliate of the National Black Leadership Commission on AIDS (NBLCA). NBLCA’s mission is to educate, mobilize and empower Black leaders to meet the challenge of fighting HIV/AIDS and other health disparities in local communities. Their mobilization model put a clergy leader at the helm in organizing the community. NBLCA currently has 10 affiliates clustered on the east coast.

These experiences led to my first paying job in HIV/AIDS as the program manager for the Faith-Based Prevention Project funded by the D.C. Department of Health. Through this project, my agency, Damien Ministries, provided staff support for the citywide Places of Worship Advisory Board in D.C. Through that relationship, I had the privilege of being on the planning committee for the successful “One in the Spirit” conferences on HIV for the faith community.

These conferences brought together persons of all faith traditions to discuss how collectively we could bring greater awareness of HIV/AIDS to our congregations and the communities we served. Faith leaders from as far away as Baltimore attended. We engaged in a dialogue on how to leverage our resources toward a unified response toward stopping the spread of HIV/AIDS.

My subsequent work included serving as consultant for strategic planning for CBOs and helping to build a training initiative focusing on treatment adherence for the HIV/AIDS provider community in the Washington, D.C., metropolitan area.

Through all of these experiences, I have managed to weave the thread of improving health care outcomes in diverse populations through improved communication. Now, in my position as Project Director with Community Impact Solutions Project here at ETR, I am continuing my HIV work. I hope to utilize my research and communication skills to continue to follow what I consider my life’s work.

Mr. Twain, I am still discovering more about the “why” of my life. I know there will be new things I learn as I continue. But I thank you for inspiring me in my journey. Today, on World AIDS Day, and throughout the year, I hope everyone working in health care delivery, research and education continues to reflect on ways to transform and end the epidemic.

Tanya Henderson, PhD, is a Project Director with ETR’s Community Impact Solutions Program. She has done advanced study in HIV Science and Treatment as well as work through the Center for Research on Gender and Sexuality (CREGS) at San Francisco State University. She can be reached at tanya.henderson@etr.org.