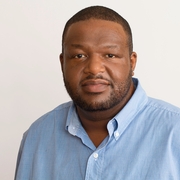 We’ve just learned that ETR’s Alex Williams has been selected to receive the 2015 Dr. Mark Colomb Leadership Award from the Southern Regional Ball/House and Pageant Communities (B/HAP). The award recognizes Alex for his history of service and leadership in addressing the elimination of health, social and economic disparities among Black gay and bisexual men and male-to-female Transgender individuals.

We spoke with Alex about what receiving this award means to him, and why this type of work is so important.

Why is this an honor for you?

I knew and worked with Dr. Colomb. I first met him back in 2001, when I started working in capacity-building assistance (CBA) projects through the Mississippi Urban Research Center. We were focusing our efforts on minority young men who have sex with men (YMSM) across the south, as well as programs that reached African-American MSM across the U.S.

Dr. Colomb was a tireless advocate and an incredible innovator. He was the originator of the National Black HIV/AIDS Awareness Day (NBHAAD) concept. The only nationally recognized effort for HIV/AIDS awareness at that point was World AIDS Day on December 1—a good program, but one that did not resonate for many in the Black community.

As a result of these efforts, all across these various groups with specialized risks, we’ve seen increases in HIV testing and more people with HIV getting engaged in care, treatment and support services.

This is just one of Dr. Colomb’s many achievements. He was a trusted advisor to the CDC, the Mississippi State Health Department, and any number of programs across the national public health landscape. He was one of the most informed, impassioned, logical and eloquent public health practitioners addressing the HIV epidemic and other health disparities affecting those at greatest risk in the African-American community.

He was also a founding board member of the organization sponsoring the upcoming conference where I’ll be receiving this award—Abounding Prosperity.

Receiving an award named for Dr. Colomb is a tremendous honor for me.

Why is the work being recognized by this award so important?

In the Ballroom community, people join Houses. These are basically tight, supportive personal communities. Houses (and sometimes individuals) throw "balls,” and the balls usually involve competitions known as categories. These might be designer and fashion, runway, body image and dance (voguing) categories, where houses have representatives compete against members of other houses.

So it’s a party culture, an artistic culture and a culture of deeply felt and long-lasting loyalties. It is a national and international culture. There are House and Ballroom scenes in every major metropolitan area in the U.S., Canada, Japan and Europe. The art of voguing can now be observed on every continent.

It’s also a community with a concentration of some of the highest-risk groups for HIV—men of color who have sex with men and transgender women of color.

I am a member of one of the houses—the House of Blahnik (HOB). Many of the houses are named after fashion designers. When I was much younger, I used to compete. Now I’m on the board of HOB.

We’ve brought about an effective merger of public health and the HOB community. I’ve been able to provide technical assistance to support their HIV prevention and intervention efforts within our House. HOB has also been on the national forefront of advocacy and consultation for greater HIV prevention efforts within communities of color. We’ve interacted with all levels of government and community entities, including the White House.

HOB uses some of its proceeds to provide scholarships that allow members of the Ballroom community to pursue undergraduate education. This effort is an investment that prepares members to have a positive influence on the community’s health and wellness in the future.

What are some of your hopes for the future of the work?

I’m excited to see the growing intersections between HIV prevention and Ballroom culture. Here’s what we need now:

I can’t emphasize how important this level of empowerment and participation is. We’ve seen organizations wanting to do outreach to the Ballroom community who get permission to come to a house event. They set up a table to offer testing. Or they might organize their own event and hope people from the community will come on by and get tested.

But imagine that you’re a member of a church, and a program doing HIV prevention comes and sets a table up on the corner outside your church. They’re hoping that as you leave service, you’ll just stop by their table and get an HIV test.

This approach, in and of itself, will not produce the desired outcome. And it is not effective when targeting the House and Ballroom community either.

In faith communities, what’s been most successful is a gatekeeper model. Someone within that community brings the HIV providers into the church and introduces them to the members. This person vouches for the importance of the program and the trustworthiness of the providers.

Organizations hoping to reach the Ballroom communities across the nation need gatekeepers to help them develop new ideas, plan effective strategies and earn the trust of community members.

You know, I prefer not to be the focus of attention or get special accolades for the work I’m doing. I’d rather be behind the scenes, just working with the community. So when they called to tell me I’d be receiving this award, I said, “Me? You’re sure?”

I appreciate the work of so many others in this community that have made our successes possible. I am honored to receive this award, on all of our behalf.

Alex Williams is a Project Coordinator and certified master trainer at ETR. He can be reached at alex.williams@etr.org.