How Do You Define Program Success?

How do you define program success?

From my perspective, a successful program is one that is created in partnership with key stakeholders in the community. It’s developed with the community’s needs in mind. It facilitates positive change in peoples’ lives by addressing multiple layers of an issue, from individual knowledge, attitudes and behaviors to the social and cultural structures within which people live, work and play.

A successful program relies on the best evidence for what works. It’s also flexible and adaptable to the uniqueness of a particular context. Successful programs cultivate the knowledge and skills of implementers to ensure that the program operates at its best capacity—there is a culture of learning and growth, adapting and responding to change.

Read More about How Do You Define Program Success? 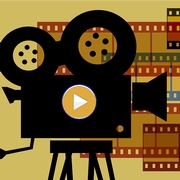 Do you like stories? Most people do, and, like Peter Seller’s character in Being There, “We like to watch.” Many of the evidence-based programs (EBPs) being used across the country, including many that ETR distributes, incorporate DVDs. Videos can be a useful and engaging strategy to hold participants’ attention, encourage fruitful discussions and allow youth to personalize information by relating to the characters’ stories and situations.

One of the most frequent questions we get concerning program adaptations relates to videos—in particular, whether videos can be left out or replaced with other videos. Often the question arises when facilitators do not think the included videos are representative of the youth they serve.

This is definitely a challenge as we see EBPs that were developed and tested for specific populations disseminated more widely and used across the country. ETR’s General Adaptation Guidelines offer some guidance. However, when it comes to the matter of videos, many find the guidelines confusing. On one hand, changes to program activities to help them better fit the age, culture, and context of the population served are considered green-light adaptations. They are encouraged. On the other, replacing videos with other videos or activities is labeled a yellow-light change. Use caution!

Here are some options to consider (and to discuss with program officers) when thinking about adaptations around videos.

Option 1: Use the Recommended Videos and Openly Discuss the Differences

One approach—especially if you can't find an equivalent video—is to show the DVD recommended for the program. Then discuss with your students the differences between their own lives and the people in the video. Help them consider assumptions they might be making about vulnerability based on who people are versus what they do. Here are examples of how you could frame this discussion:

Draw out the key content, decision points and other moments shown in the video. Ask youth to relate it to their own lives, discussing what's the same and what's different for them, while still conveying the core prevention messages. There can be other benefits to these discussions. Proponents of culturally responsive education believe that exposing young people to media featuring a variety of different people and situations can encourage understanding and respect for diversity.

Option 2: Replace the Supplied Video with an Equivalent Video More Reflective of Your Population

If you are considering alternate videos, the key is to look carefully at the goals, objectives and core concepts being addressed by any videos you're thinking of replacing. You want to be sure that the key determinants the activity was designed to affect remain the same.

If you find a video that features characters more like your students, can you use the same basic discussion questions to debrief it? Does the video address the same risk behaviors and practices the lesson addresses? For example, does it cover the issue of vulnerability to HIV/STD or unintended pregnancy, or show characters with different attitudes toward abstinence or protection? If your participants can relate to the situations in the storyline and you don't have to change the discussion questions (except for names and such), that's a good indicator that a video could be an acceptable substitute.

Having characters who look or live like your population is less important than offering stories covering the same key content and messages as the recommended video.

In most cases, it’s not recommended to skip the video altogether. But sometimes equipment limitations or other circumstances may restrict the use of recommended videos. Once again, use the core concepts and determinants as your guide to create an alternate activity that will address the same content, skills and objectives.

Since the videos add a human-interest element, one idea is to use a series of case studies that parallel the situations from the video, but with characters that better mirror your students' lives. Write several scenarios that reflect the behaviors and situations shown in the video and that will surface the same issues. Have students review and reflect on them in small groups or guided discussion with the whole class. You might do a similar activity with scripted roleplays, being sure that the indicated skills and information are modeled and conveyed in both the script and its performance.

Or, apply your storytelling skills! Tell short stories that depict situations that present the same dilemmas or issues in the video’s storyline. Pause at specific points in the story to ask questions drawn from the lesson you are teaching. Spice things up by allowing youth to contribute to the story by asking, “What might happen next?”

Watching and Learning: Use What You Know!

Videos are a great tool for making the prevention message entertaining and relatable. Some young people may personalize the information best when they can see themselves and their environment reflected in the characters. Others may enjoy seeing less-familiar settings and different characters who are nevertheless dealing with many of the same issues they themselves face around sexual health. Use your knowledge of the youth you serve and the program you are delivering when considering your options around videos.

Ultimately, in making any adaptations to an evidence-based program, what is most important is your level of familiarity with the curriculum. The better you understand the curriculum, the easier it is to be flexible. Knowing the material well will raise your comfort level in making changes to meet the needs of the youth you serve, while maintaining fidelity to the intent and evidence base of the program.

And don’t forget your funder and the evaluator.  Be sure to check your agreements and protocols for making adaptations to the curriculum you are implementing and review proposed changes as necessary.

Then pop in that DVD and let’s watch!

Joan Singson is a former Program Manager at ETR. She provides training and capacity-building assistance for organizations that address HIV and sexual health in their communities.

Suzanne Schrag is an Editor and Product Manager at ETR. She has over 25 years’ experience editing a wide variety of products and publications. She can be reached at schs@etr.org.