I used to walk in and out of drab motels and dive bars in the middle of the night, distributing condoms and encouraging people to test for HIV. Yup! Been there, done that. The strategies we used to help reduce the spread of HIV in the early 1990’s were not for the faint of heart.

I used to walk in and out of drab motels and dive bars in the middle of the night, distributing condoms and encouraging people to test for HIV. Yup! Been there, done that. The strategies we used to help reduce the spread of HIV in the early 1990’s were not for the faint of heart.

Storytelling for Sustainability: The Power to Inspire 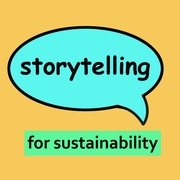 “Even if you have reams of evidence on your side, remember: numbers numb, jargon jars, and nobody ever marched on Washington because of a pie chart. If you want to connect with your audience, tell them a story.”

A lot of different stakeholders play a role in sustaining effective programs. You need them to understand in straightforward terms what it is you do and exactly why that’s important. You need them to stand ready to be your program’s advocates and champions.

Infographics, icons and beautiful presentations of data are all popular ways to do this, but I think the most powerful way to inspire people is through a story. A darn good story.

What does it take to thrill the heart and chill the spine? Let’s take a look.

There are three essential elements to any storytelling experience.

The Story. A good story flows naturally, with a well-developed plot that takes the listener through an image-filled journey. It follows a theme and features characters the audience can react or relate to.

It’s also going to leave the listener with something to think about or remember. A call to action is often very useful, but we can also engage listeners with new ideas or a puzzle to solve.

The Storyteller. The narrator breathes life into the story. In front of an audience, a skillful storyteller takes cues from the listeners and responds accordingly.

In multimedia stories, such as videos, the verbal and visual story may be enhanced with music, graphics or rhythmic edits. Skillful filmmakers also take cues from their audience, though they need to do so through advance planning and testing (e.g., screening previews).

The Listener. Listeners are taking in that powerful narrative, but they are influenced by many things besides the story— their intrinsic interest in the topic, the setting, the reason the story is being told, others in the audience, even what happened to them before they arrived on the scene.

Opportunities to tell a story may present themselves when they are least expected, often with little or no time to prepare. This is a great reason to do what professional storytellers (and comedians, and musicians, and actors) do—develop a portfolio of material that can be used spontaneously in a range of situations and settings.

Try this experiment. Think of three stories about your work or your organization that demonstrate the impact and value of what you do. Then decide which of the three would work best in the following situations:

Be on the lookout for other opportunities to tell your story. Share your inspiring tales with family and friends. It’s a great way to practice, and you may reach new supporters through six degrees of separation—friends of friends might turn into your biggest fans!

Here’s an example a friend shared with me:

I was working for a local program that offered groups for gay men addressing HIV prevention issues. I talked about it over dinner at a friend’s house one night. A guy who was there—someone I hadn’t known before—ended up telling one of his friends about these groups. The second guy decided he was interested in trying one out.

He really liked it—he found the group incredibly helpful. After the group ended, he decided he wanted to help promote our program. He joined our Board. He happened to be a full partner at a prestigious law firm in town. He was able to offer a useful legal perspective on all kinds of issues for the organization. He also knew lots of well-placed and well-to-do people in the community, and many of these folks became engaged in supporting the program as well.

It’s helpful to map out storylines as you develop your portfolio of ideas. The heart of every story is a conflict or struggle. The story also has a beginning and an end. These three segments don’t necessarily occur in order. In fact, some powerful oral narratives start right in the middle of a conflict.

The beginning sets the stage by introducing the characters and setting.

The conflict leads up to the essential struggle (sometimes building up over several lesser conflicts to the main one). This process often includes an exciting climax where the characters’ strength is thoroughly tested.

The end, also known as the resolution, generally shows the conflict achieving resolution. In fundraising or community engagement efforts, a storyteller might present an envisioned ending, inviting the audience to participate in building and achieving a positive outcome.

Use Proven Techniques—and Don’t Be Afraid to Improvise

There are lots of effective ways to approach stories, but three techniques are used most often. These work well to support sustainability efforts in the nonprofit and service-focused world.

The Hero’s Story. This is probably the most popular storytelling technique, also known as The Monomyth. It focuses on a main character who leaves home to go on a journey; this hero meets and overcomes challenges, often with the help of a mentor or friend, and comes back victorious, rewarded or enlightened.

Some common examples include Odysseus, Atticus Finch in To Kill a Mockingbird (where the journey is metaphorical), The Lion King or Star Wars.

Common examples include single-episode TV shows and action-adventure films, where each new scene involves increasingly amazing, death-defying feats. For an organization, a mountain story might be told of a single individual who connects with a family, which then connects with a community, which then goes before a state governing body demanding changes to make their community safer.

Nested Loops. This storytelling technique layers three or more narratives within each other. The storyteller places the most important story—the core—at the center and uses the stories around it to elaborate or explain the central principle.

An organization’s story might begin with a young student struggling to keep up in math studies, parents who work extra jobs and aren’t able to offer support on homework, and a teacher who wonders why parents don’t get more involved in their children’s school efforts. The organization then provides support to the child and the parents while helping the teacher better understand the situation. Classically, this story would return to and end with the student, now doing much better in math, feeling empowered and making a commitment to continue succeeding in school.

There are many other standard storytelling techniques and lots of nonstandard ways to get a message across. Let your imagination be your guide.

Photograph people holding up signs saying, “Thanks!” or “You changed my life!” and show the photos. Ask people to create 10-second videos saying something about the impact of your program. Show your own high school graduation picture and talk about how the work you’re doing has changed you. Do a stop-action movie showing an important effort—clean-up of a community park or driving a mobile health clinic van to six different neighborhoods.

As you choose your storytelling technique, keep your eyes on the power to inspire, energize and move people to action. Here are some tips for that.

Tailor it. A story is only as effective as the way it is received by the listener. The storyteller must constantly consider and engage the audience. This doesn’t necessarily require fireworks or special effects. It’s about creating an emotional connection where the audience is drawn into the story, can relate to what’s happening, and responds to the storyteller’s emotions.

If you’re meeting face-to-face with your audience, draw them in. Ask questions. Get a sense of what they’re thinking and feeling. Use language that makes sense to them—you would probably tell a story differently to a room full of researchers than to a room full of teachers.

Put a face to the story. Give it as much humanity as you can. Data is meaningless without this.

Keep it brief and simple. Remember that attention spans are short in our digital age. Whether through video or in person, offer a concise, clear story.

Make it personal. Highlight your own experiences, struggles and successes. Use anecdotes and personal stories to get the message across. Show your vulnerability and your transformation.

Connect your story to the big picture. Show how your story relates to the bigger issues in the community or society. Be relevant.

Stimulate the senses. Help the audience feel, smell, touch, hear and see vivid pictures by using descriptive language. For in-person presentations, help listeners “paint” the picture in their minds. After all, they’re used to videos that do this work for them. Use adjectives—it’s really true that “One night…” will not evoke the same response as, “Late one cold, stormy night…”

Address the elephant in the room. When you’re trying to build support for a cause, don’t sugarcoat the hardships of launching an effort and sustaining it. There are challenges and barriers to sustainability. Be honest!

Propose a positive future. Provide listeners with a glimpse of a positive outcome. Help them feel that they can be part of the solution.

Tell a Story, Change the World

The human face of your program’s work may well be your greatest ally in the struggle for sustainability. Storytelling touches a deep core of human experience that reaches back over millennia. Stories of challenge and transformation represent the foundation of human culture from its very beginnings.

Storytelling for sustainability is a powerful way to join that tradition as we honor and cultivate positive change and healthier lives.

So tell some good stories, people! Your stakeholders are waiting to hear from you!

Joan Singson is a former Program Manager at ETR. She provided training and capacity-building assistance for organizations that address HIV and sexual health in their communities.

Acknowledgements: Mila Garrido-Fishbein, Healthy Teen Network, contributed to an earlier document on verbal storytelling created as a handout for trainings of the Family and Youth Serves Bureau that inspired me to write this post.