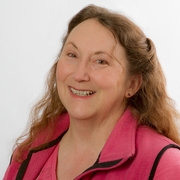 Suzanne Schrag has over 30 years' experience editing and creating a wide variety of products, including informational books, curricula, pamphlets, web copy and newsletters. She is the series editor for the second and third  editions of the middle and high school levels and co-author of the second edition of Grades K through 5 of HealthSmart, ETR’s comprehensive K-12 health education program. She played an integral role in the development of both the print and digital editions by providing substantive lesson development and editing expertise to revise existing content and create new lessons, ensuring accuracy and consistency across the series, as well as alignment with the National Health Education Standards and the Centers for Disease Control and Prevention’s Health Education Curriculum Analysis Tool (HECAT).

Ms. Schrag provides high-quality editing across all ETR published and in-house titles, manages content for the agency and HealthSmart websites, oversees updates to ETR's evidence-based interventions and other curricula, and maintains the house style guide. She received ETR’s Mary Nelson Award, given for outstanding dedication, teamwork, enthusiasm and commitment to ETR’s mission, in 2013 for her work on HealthSmart.

Before coming to ETR, Ms. Schrag worked as an assistant editor for CTB/McGraw-Hill. She has a BA in English literature from Washington University in St. Louis and a graduate certificate in theatre arts from the University of California, Santa Cruz, and has served as a board member for the Arts Council of Santa Cruz County.