Making Health Equity Work: An Interview with Cynthia A. Gómez

The way I like to describe the concept of health equity is to say that it is the solution to the problem of health inequities. Health inequities are differences in health outcomes that are avoidable.

I think of health equity as a visionary goal where all people have equal opportunity, access, and resources to achieve the best health possible.

Read More about Making Health Equity Work: An Interview with Cynthia A. Gómez

To come out, or not to come out? That is a very real question constantly facing LGBTQ youth, as well as a fair number of young adults, across their entire lifespan. As a researcher, one of my interests is the choices queer youth and adults make about being out. Who do they come out to? How does this affect their health and well-being?

Research finds that being out is associated with some important benefits, such as feeling less isolated, but can also result in negative outcomes, such as more instances of harassment. Context plays a major part in determining these outcomes. In my own work, our team found that when you dive into the data, the findings aren’t necessarily what you expect.

We’ve also found that the LGBTQ youth community, despite some extraordinary hardships and challenges, is a resilient and hopeful group. I am inspired by the energy, creativity and vision of these youth. All of us, as researchers, providers, educators, family, and allies, can play a vital role in offering healthier, more welcoming pathways to adulthood for queer young people.

The University of Connecticut and The Human Rights Campaign (HRC) recently released their 2018 LGBTQ Youth Report. More than 12,000 LGBTQ teens across the nation responded to the survey, providing details about their daily lives at home, at school and in their communities. The report describes high levels of depression, stress and harassment for these youth, along with poor support from teachers and schools. It also highlights their resilience, promise and optimism.

Contributor Ryan Watson is one of the report authors.

New people. New ideas. New identities. Adolescence is a time of continuous change. Within the context of this developmental complexity, queer youth are constantly having to evaluate whether or not—and to whom—to come out. Each new person, each new situation, presents both opportunities and challenges. This can be a lot for a young person to manage.

The California Healthy Kids Survey, a biennial statewide survey of secondary students, has consistently asked teens about their LGBTQ identity and being out. This is one of the first large-scale collection of data on youth that actually explored the context of outness—who are you out to? My colleagues and I took a look at the data to compare three groups in the LGBTQ cohort:

We mapped these patterns of outness onto those youth’s academic achievement (GPAs) and experiences of LGB-related harassment on school grounds. We were somewhat surprised to find that the students who were out to no one had the highest GPAs and the fewest reports of harassment. Those who were out to families but not others had the poorest GPAs in this group and reported the greatest incidence of harassment. The “out to everyone group” also had high GPAs and fewer instances of harassment than the group that was partially closeted. 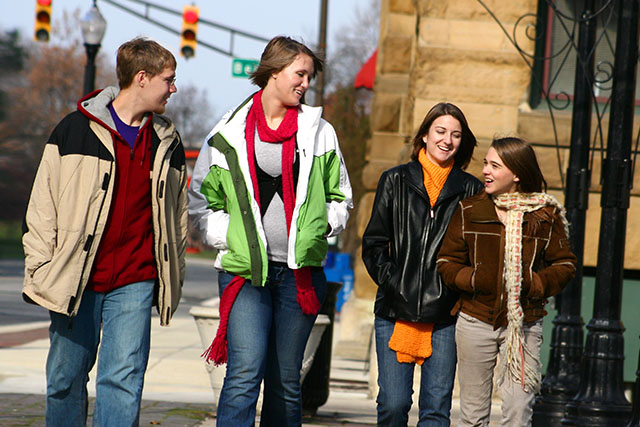 We don’t really know why this is so—the data set we used didn’t answer that question. I suspect that the need to constantly manage one’s identity—being out to some, closeted to others, in process of coming out to yet others—is stressful, especially for adolescents who are also managing many other aspects of their peer networks and identity. Being out to no one might be protective because these youth don’t have to worry about remembering who they have or haven’t told, how the next person they come out to might react, or whether their sexual or gender identity might influence reactions at an upcoming social event or interactions with their teachers. At the same time, we know many of these youth want to come out and eventually will.

In another study, my colleagues and I examined levels of outness and sexual health risks among Black men who have sex with men (BMSM). In this group, being out to no one did not appear to be protective.

In this study, we found that individuals who were out to everyone were most likely to have information about HIV risk reduction, take steps to reduce risk, and avoid infection with HIV. Those managing their identity were somewhat less likely to have this awareness or take appropriate steps to avoid HIV. However, those in the fully closeted group were least likely to have accurate HIV prevention information or to have been tested. 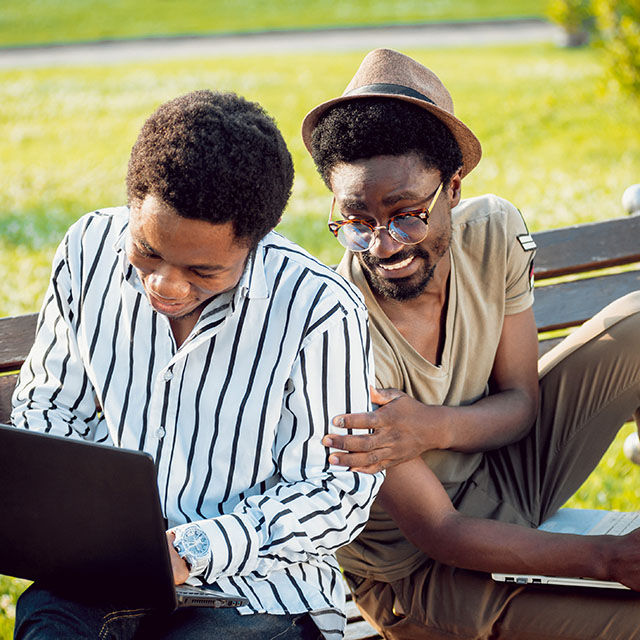 In this population, then, being out at greater levels was more protective of health. It is important to add that these men are among those at greatest risk for HIV. Further, a substantial majority of individuals in all three groups were unaware of the benefits of PrEP (pre-exposure prophylaxis, an effective strategy to prevent HIV transmission). Once they learned about PrEP and how it could help prevent HIV, all three groups were equally likely to say they would use PrEP if they had the option (over 80% for each group). This underscores the importance of offering prevention education that can successfully reach BMSM.

I am constantly impressed with the creativity and resilience of queer youth in our communities. Many are stepping into empowered leadership roles. I am excited about the new directions youth are discovering and the possibilities they bring into their own and others’ lives.

A recent report from the University of Connecticut and Human Rights Campaign, the 2018 LGBTQ Youth Report (I was the lead in collecting the data) highlights many of the challenges and hardships facing queer youth. Adolescence can be a trial for any young person, but the additional burdens on LGBTQ youth are substantial. Survey respondents report high levels of stress. More than nine in ten have trouble getting to sleep at night. They experience high rates of sexual harassment and violence. About three in four say they are not able to “definitely be themselves” in their school as an LGBTQ person.

Studies have identified both benefits and disadvantages to being out, much of this contextual (are the reactions of others positive or negative?). As researchers, educators and providers concerned with youth, it’s important to remember that every young person has a unique story and a context all their own. If we want to offer support, we must take that youth’s situation into consideration. This means protecting their confidentiality if they choose not to come out.

One of the respondents in the HRC study explained this particularly well.

A stranger, even a school counselor, is very dangerous to LGBTQ+ people and children. They can ruin your entire life, get you kicked out of your home by your parents, or make other teachers treat you awfully and make your school experience miserable. They can even get you killed by outing you without your permission, which they are usually “expected” to do.

Practical Steps and Support That Matters

We can, however, take steps to create a setting that is welcoming to LGBTQ youth and offers them an opportunity to make positive choices about coming out. Here are three points that are especially important. 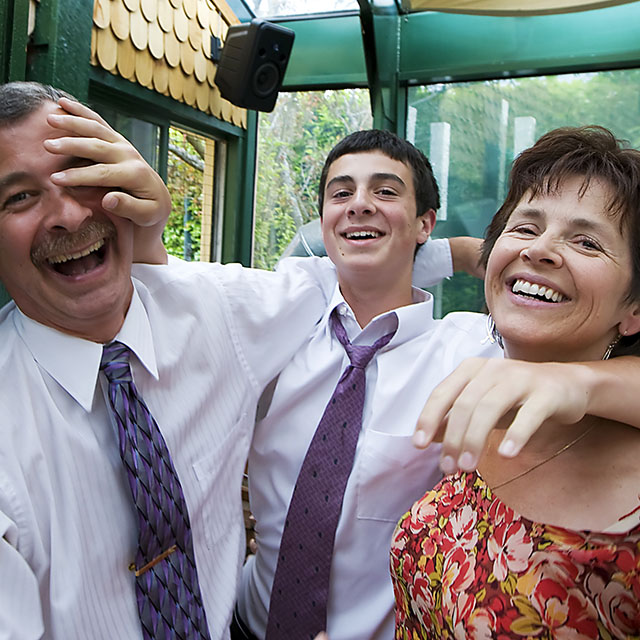 y support and acceptance is always the most protective factor for LGBTQ youth. It’s wonderful when youth find support through friends, teachers, the media, GSAs or providers, but family support is the most powerful. This includes families acknowledging gender identity for transgender or gender expansive youth, and using the names and pronouns young people choose for themselves.

Youth supported by family are not only likely to be more successful as adolescents. That success carries into their adult years.

Gay-Straight Alliances, now often called Genders & Sexualities Alliances to be clearly inclusive of all genders, make a difference. These school-based, student-run organizations use activism and education to create healthier school climates and more welcoming environments for all students. Students in schools with active GSAs are less likely to hear biased language or be physically harassed or assaulted. LGBTQ students are more likely to show up to school and feel supported by teachers at their school.

Schools that have anti-bullying and anti-harassment policies that are LGBTQ-specific—that is, they specifically prohibit harassment and bullying because of gender or sexual orientation—are less likely to have serious problems with harassment. More students of all orientations and identities report feeling safer at their schools.

For me, one of the most impressive things about work with queer youth is that they are optimistic and hopeful. Despite the harassment, the negativity, the lack of inclusiveness, the judgment—despite some truly awful experiences that many of these youth have had, they are hopeful about their futures. More than 90% describe themselves as optimistic and proud to be queer. That is just amazing!

This is one of the reasons I hope you’ll take a look at HRC’s new report. It offers valuable illumination about the lived experiences of today’s LGBTQ youth. If we take some of the positive steps we know work to create welcoming environments, we will create a stronger and better community for all youth.

Ryan Watson, PhD, is an Assistant Professor in the Human Development and Family Studies Department at University of Connecticut. He was also a participant in ETR's 2018 Kirby Summit. He can be reached at ryan.j.watson@uconn.edu.