My Facebook feed was filled with wonderful images on International Women’s Day (March 8). I’m a huge fan of Wonder Woman, so I was especially thrilled with the many images of this iconic figure who fights for justice for all. And today, only two days later, we celebrate National Women and Girls HIV/AIDS Awareness Day.

I believe Wonder Woman would be proud of the strides we’ve made to reduce the number of new HIV infections in women, especially for African-American women. This should be celebrated. And I do celebrate that. I’m especially proud of some of the amazing HIV prevention efforts that ETR has developed and/or implemented over the past three decades to contribute to this success.

But I also see that Wonder Woman still has a lot of fighting to do.

At the White House: The United State of Women Summit 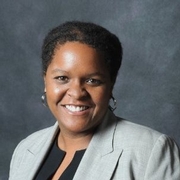 And so was ETR.

Earlier this month, the White House and partners put on the United State of Women Summit. I had the privilege of speaking there on a panel about women and HIV sponsored by the White House Office of National AIDS Policy. The summit focused on health and wellness, economic empowerment, educational opportunity, violence against women, entrepreneurship and innovation, and leadership and civic engagement.

The segment on women and HIV began with powerful opening remarks by Cecilia Muñoz, Director of the White House Domestic Policy Council. She reminded us that in the United States today, there are more than 280,000 women living with HIV (WLHIV). One in four people living with HIV in the United States is a woman. African American women continue to be disproportionately affected by HIV, accounting for 6 in 10 diagnoses among women in 2014.

As disturbing as these figures are, there is also some encouraging news. Between 2005-2014, HIV diagnoses among women overall declined 40%. African American women have achieved the largest decreases, with a 42% decline since 2005. Diagnoses among Latino and white women have also declined steadily over the past decade (35% and 30%, respectively).

Dr. Amy Lansky, Director of the White House Office of National AIDS Policy, spoke of the efforts her office and many others across the federal government have taken to address women and HIV, including transgender women. Although we have made tremendous advances, more work needs to be done.

My panel followed Dr. Lansky’s talk. Heather Hauck from the Department of Health and Human Services spoke about the benefits of the Ryan White Care Act. She described this program’s impact on women living with HIV and the diverse ways it has evolved to meet the unique needs of women.

Preventing HIV and Maintaining the Continuum of Care

I was given the opportunity to speak about steps we may be missing, both in HIV prevention and the process of inviting women with HIV into the continuum of care. We need to engage WLHIV from the point of diagnosis to suppression of the virus and beyond.

To do this, we must focus on more than the HIV diagnosis. We need to look at a wide range of social determinants likely to influence a woman’s access to and participation in care. These are not easy demands. This full-spectrum approach requires more from our prevention efforts. But they are what works.

Full-spectrum prevention includes factors ETR implements in our evidence-based programs. For example, we address LGBTQ inclusivity and trauma-informed approaches. We incorporate learning about healthy relationships and affirmative consent into our programs.

Everyone working in HIV prevention and care also needs to make sure women know about all of the tools in the prevention toolbox, including Pre-Exposure Prophylaxis (PrEP)—a daily pill to prevent HIV.

In a study my co-investigators and I conducted, we found that many women did not know about PrEP. They were angry that they weren’t informed about this highly effective way to protect themselves.

Building Women’s Ability to Find and Stay In Care

On the panel, I addressed the fact that we must develop responses to anything that affects women’s ability to get into and stay in care.

The majority of women living with HIV have incomes below the federal poverty level. Priorities such as housing, food security and economic opportunity are often greater than their health care needs. Women are often the primary caretakers of children and other family members. They are likely to put the needs of family members above their own.

Of adults in care for HIV, women are more likely than men to have minor children (60% vs. 18%) and to have those children living with them (76% vs. 34%). Child-focused services and childcare must be accessible for women who are responsible for children.

As mentioned in my previous post, intimate partner violence disproportionately affects WLHIV and influences their ability to stay on treatment. We need to offer practical, effective strategies to stop the violence.

Women are also the fastest growing population in corrections. Nearly half of women in correctional settings have not completed high school. More than half had experienced sexual or physical abuse before prison. Almost three quarters had mental health problems. Four in 10 were using drugs at the time of their arrest, and almost one in three had committed their offense to obtain money for drugs. In 2004, 2.4% of women in U.S. prisons had HIV, slightly higher than the percentage for incarcerated men.

These are exactly the types of determinants that are likely to increase HIV risk and hinder treatment for women living with HIV. We must integrate better prevention and care into our criminal justice system. I support greater involvement of the criminal justice system in efforts to address disparities for WLHIV.

The Summit concluded with a sneak preview of the Kaiser Family Foundation’s latest Greater Than AIDS Empowered campaign video. It focuses on transgender women and HIV.

The tie that bound all of the remarks at this powerful summit was a focus on the whole woman, not simply women’s health, wellness or HIV status. We explored education, violence prevention, leadership and economic opportunity.

I was honored to be able to represent ETR at this impressive event. I feel privileged to work in an organization that provides science-based solutions to improve health. And I’m excited to see more leadership organizations taking a sincere look at the intersection between science and solutions that work for health promotion and prevention.

Vignetta Charles, PhD, is Chief Science Officer at ETR. She is also a member of the Presidential Advisory Council on HIV/AIDS. You can reach her at vignetta.charles@etr.org or find her on LinkedIn.