Why I'm an Advocate--and Why You Should Be One Too

At a recent meeting with others working in the nonprofit world, I was telling colleagues about an Action Alert I’d just received. It was sent out by one of the many advocacy listservs to which I subscribe. The people at my lunchtime table all reeled in horror.

“You can’t do that!” they exclaimed. “That’s lobbying. You’re federally funded.” 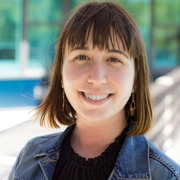 It’s hard to forget your first time on Capitol Hill. I was first there in the fall of 2012. I had just started working as the Pedro Zamora Public Policy Fellow at AIDS United (a DC-based nonprofit focused on ending the HIV epidemic in the United States through strategic grantmaking and policy/advocacy).

I remember how incredible it felt to walk those marble halls where so many great policymakers had walked before me. I remember how inspired I felt to see fellow advocates preparing for meetings with high-level members of Congress.

How Did I Get Here?

For years, I had dreamed of moving to DC to work on HIV-related policy issues. While an undergraduate at Brandeis University, I studied politics and the power of policy to change the landscape of health and health care access. I worked with HIV service providers in India and Kenya. I saw firsthand in these countries, as well as my own, how policies at the national scale shaped the HIV epidemic and the lives of people with HIV.

These experiences, and my passion for politics, drove me to pursue the Zamora Fellowship.

As a Zamora Fellow, and later as a Policy Assistant with AIDS United, I made many trips to Capitol Hill. I met with Congressional staff to talk about the multitude of issues affecting people living with HIV in the United States. We talked about funding for initiatives like the Ryan White HIV/AIDS Program. We discussed the importance of Medicaid expansion following the enactment of the Patient Protection and Affordable Care Act (ACA).

We urged members of Congress to lift the ban on the use of federal funds for syringe exchange programs (SEPs). The ban was lifted in 2009, only to be reinstated in 2011 after Republicans assumed the majority in Congress. What a heartbreaking and baffling course of events.

Time and time again, SEPs have been proven to be an effective method of reducing the transmission of HIV, hepatitis B and C, and other blood-borne pathogens, without promoting or increasing drug use. In fact, SEPs have been shown to facilitate entry into drug treatment programs—they reduce drug use and HIV risk.

Despite the overwhelming evidence supporting the effectiveness of SEPs, harm reduction advocates have been fighting to overturn the ban for more than two decades. An HIV outbreak in rural Indiana in early 2015, as well as the increasing rates of opioid use across the country, led Congress to lift the ban in 2016 (with some caveats). This was a huge victory for harm reduction advocates! But why did it take countless overdose deaths and nearly 200 HIV infections in rural Indiana for Congress to take action?

Too often, partisan politics gets in the way of evidence-based measures to promote health.

According to the Guttmacher Institute, comprehensive sex education programs have been shown to be effective in reducing sexual risk-taking, delaying sex, increasing condom or contraceptive use, and reducing the frequency of sex and number of partners. Programs that promote abstinence-only outside of marriage and do not include information about contraception, however, have limited effectiveness. They may even be detrimental to the health of young people.

Many states require that if sex education is provided, it must stress abstinence. Most do not require any discussion of contraception. Historically, a substantial amount of federal funding has been provided for ineffective abstinence-only programs (more than 1.7 billion dollars). These amounts have been reduced but not eliminated since 2008. Under the Obama administration, funding has been provided for a range of evidence-based sexual health education programs, focusing primarily on HIV, other STD and pregnancy prevention. But what will happen to this funding when a new president is elected this November?

In a perfect world, science and evidence would determine policies. The ban on federal funding for syringe exchange programs would have been completely lifted years ago. Medically accurate comprehensive sex education would be provided in schools across the United States.

Unfortunately, we don’t live in a perfect world. I remember going to meetings with conservative Congressional offices armed with reams of evidence that supported SEPs and comprehensive sex education. I knew full well that all the evidence in the world wasn’t going to make a difference. These offices had already made up their minds about these issues.

My original dream of doing policy work meant being in the room with policymakers where decisions about these vital issues were made. I wanted to influence them directly, speak with their staff, and convince them that science was more important than partisan beliefs. My time with AIDS United, however, showed me I just wasn’t cut out for the partisan halls of Capitol Hill.

I still wanted to contribute to policy decisions, but in a way that was more removed from the partisan rancor that has come to define Congress these days.  I’ve managed to find my new niche at Columbia University’s Mailman School of Public Health, where I’m pursuing my MPH with a focus on Health Promotion Research and Practice. At Mailman, I’m developing the knowledge and skills to design, implement and evaluate theory- and evidence-based interventions.

Maybe someday I’ll find myself on Capitol Hill again, advocating for support and funding for evidence-based programs. But at this point in my professional career, I’m more interested in focusing my efforts on science-driven policy rather than the politics of policy. By focusing on designing, implementing and evaluating public health interventions, I feel like I am contributing to the field in a way that advances science, improves the lives of individuals and communities, and supports advocates and policymakers alike.

This work excites me. I get to identify health problems, use theory, community-based research and evidence to support the design and implementation of programs, and evaluate these programs to understand why and how they succeed or fail in order to make them better and improve health outcomes.

This summer, I have the incredible opportunity to work at ETR as a Kirby Intern. ETR has been dedicated to advancing sexual and reproductive health, especially among youth, since its inception. ETR has been at the forefront of developing, testing and disseminating evidence-based, comprehensive sex education programs, and has focused much of its work on translating and adapting these programs into practice in schools and alternative settings across the country.

Organizations such as ETR are critical in making policy and advocacy work happen. Their role in evaluating health programs is critical to understanding program effectiveness. Advocates bring this research to Capitol Hill every day to fight for science- and evidence-based policies to improve health.

I’m proud to be a part of that work, and I’m glad to have found my role in policy here at ETR!

Melissa Donze is an MPH Candidate at Columbia University Mailman School of Public Health. She is also a 2016 ETR Kirby Summer Intern. She can be reached at mldonze@gmail.com.