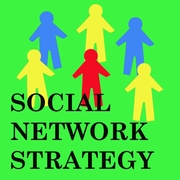 I used to walk in and out of drab motels and dive bars in the middle of the night, distributing condoms and encouraging people to test for HIV. Yup! Been there, done that. The strategies we used to help reduce the spread of HIV in the early 1990s were not for the faint of heart.

Each year, 3.2 million individuals are tested for HIV at clinics funded by the Centers for Disease Control and Prevention (CDC). Despite the large number of people being tested, however, few individuals are actually found to be positive for HIV. In fact, the prevalence rate is less than 1%.

You could look at this and say, “Hey! That’s a good thing. It shows there isn’t as much HIV in our communities as we’d feared.”

While this may be true, we are also compelled to look at the effectiveness of the strategies used in HIV outreach and testing. We commit important resources—time, money, expertise—in these efforts. So we need to also ask the question, “Who are we testing, and who are we missing?”

According to the CDC, over one million people in the United States currently have HIV. Around 50,000 additional individuals acquire HIV annually. With the rapid development of new biomedical interventions and the success of antiretroviral treatments, there is a big push to locate individuals with HIV. This is the only way they can avail themselves of treatment that can help them live longer, healthier lives. These therapies also reduce the risk that they might transmit HIV to others.

Today, our national priority in HIV treatment and prevention is identifying people with HIV and linking them to medical care, prevention and other services as soon as they acquire the infection. The CDC estimates that 14% of all individuals in the United States currently living with HIV are unaware of their status. To maximize the effectiveness in current prevention efforts, CDC is pursuing a High Impact Prevention (HIP) approach. This applies cost-effective, scalable and scientifically proven interventions focused on these highest risk individuals.

The recommended approach for reaching them is called the Social Network Strategy (SNS). SNS is an incredibly successful strategy for locating individuals at the highest risk for HIV and bringing them in for testing, counseling and referral services.

In 2003, the CDC funded nine community-based organizations across the country to use SNS. They tracked counseling, testing and referral data from these organizations for two years. The key outcome of that demonstration project was a 6% prevalence of HIV among those tested. Compared to 1% with the use of traditional strategies, SNS clearly yields more effective results.

This means that with SNS, rather than casting a wide net and getting as many people in to test as possible, we zero in on those who are most likely to test positive.

What I love about SNS is that it turns the tables on HIV. It uses the same opportunistic approach that communicable diseases take, but instead of spreading the disease, it promotes prevention and treatment.

Let’s take a case of the flu for an example. A girl catches the flu from her schoolmates, comes home and transmits it to her family. In a few days, everyone in the house seems to be coming down with something. The girl’s older brother feels like he’s just got a bad cold but it’s not a big deal. He wants to go hang out with his friends.

This social network—classmates at school, the girl and her family, friends of the family members, and the families of those friends—is the perfect environment for disease transmission. The flu is passed when someone with the disease sneezes, coughs, drinks from someone else’s cup, or engages in other behaviors risky for flu.

The same is true with HIV. Those who are at the highest risk for infection are individuals from the social, sexual and drug-use networks of someone who has HIV. Within those networks, they might have unprotected sex or share drug-use equipment—behaviors that put them at risk for HIV.

In SNS, people with HIV, or individuals who do not have HIV but are at very high risk, are signed on to become recruiters. They receive training, support and motivation.

These recruiters focus their efforts on members of their own social, sexual or drug-use networks. They identify those at greatest risk and bring them in for counseling, testing and referral.

Any one of those members can also become an SNS recruiter, who can then reach out to his or her social, sexual or drug-use networks.

At SNS trainings, I challenge participants to explore ways to engage their clients in the process. This is a powerful way to reach out to those with the greatest need—people who already have HIV, and those engaging in risky behaviors that might result in HIV.

Besides the benefits of early intervention and access to other services, how can anyone overlook the intangible yet invaluable incentive for the people engaged as recruiters? SNS empowers them to become involved in reducing HIV transmission and improving the health of people in their own social networks.

Whether you’re old school, hip hop or just HIP, it’s pretty hard not to appreciate that.

Joan Singson recently did a video for us describing the Social Network Strategy and her trainings addressing this approach. Check it out!

Joan Singson is a former Program Manager at ETR. She provided training and capacity-building assistance for organizations that address HIV and sexual health in their communities.