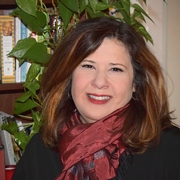 Are you one of those people who likes to sit in a park and people-watch? Me too. I like to think about why people do what they do. I’m fortunate that I have a career that actually pays me to do this—although not just by sitting on a park bench!

My people-watching is the type that involves talking with people, reading professional journals and researching the reasons why people do or don’t engage in certain health behaviors.

Why Do You Do What You Do?

Several of these “reasons why” questions have been floating around in my thoughts lately, related to some of my current work. For example:

I’d suggest that one answer, based on the type of people watching I do, is that some people adhere more firmly to conventional gender norms about masculinity and femininity—norms that can be rigid, inequitable and harmful.

As I thought about these matters, I decided it would be interesting to do some focused people-watching of friends and acquaintances over a two-week period. I brought particular attention to the ways I saw gender norms being played out, which is why I called this “My Gender Journal.” Here are some of the things I saw and heard.

My friend was concerned that other girls were seeing her daughter as a know-it-all, and that this would somehow affect her daughter’s ability to relate to others and make friends.

My friend said she should at least feel lucky that her older son is empathetic, because so many boys and men are not.

What Does This Reveal?

So what are your thoughts about the people-watching I shared here? Do any of these situations sound familiar?

What do these observations say about the pressures people face when confronted by conventional or traditional gender norms and gender roles? What are the costs to men, women and families when they abide by these norms and roles?

What would happen if the people in these scenarios broke away from conventional norms? How might a breakaway affect how boys and men, girls and women behave in school? The workplace? The family? Romantic relationships?

For example, will my friend’s daughter feel pressure from others to not look or sound “too smart?” Will she be conditioned to believe that girls and women who look too smart might be considered intimidating, aggressive, bossy or unlikable? Will she tone it down to better fit in with her peers, and will this affect her opportunities to express her opinions, maintain her boundaries and be a leader?

What about my young male friend? Is there a message for him that men should be the providers? Be in charge? Have more resources than women? Is he being told that women need to be taken care of? How could this affect communication and decision-making in his romantic relationships?

The effects of adhering to traditional gender norms are sometimes subtle, but they do influence our thinking and behavior. This can negatively affect our health and wellbeing and has the potential to fracture equality and presence in our relationships as well.

As much as I enjoy people-watching, I also have to think about creating interventions to change inequitable gender norms that can lead to unhealthy behavior. Based on my experience in doing this work, I’d like to share a couple of observations on the ways we communicate about and seek to transform gender norms.

I strongly disagree with both of these perspectives. There are multiple studies from the U.S. and other countries (see here, here and here, for example) that demonstrate the association between adherence to inequitable gender norms and adverse health outcomes such as unintended pregnancy, STIs, suicide, incarceration, vehicle collisions, violence, the misuse of substances and others.

Below, I’ve listed some examples of gender norms that are relevant to the work I do. Of course, not all men and women abide by all of these norms. But the negative consequences of inequitable norms such as these can be considerable. What examples would you add to this list?

I don’t want to give the impression that all the characteristics we associate with masculinity and femininity are undesirable. Being strong, a leader, a caretaker and a peacemaker are all great qualities, for both men and women. What makes some of these characteristics problematic is when women and men are taught they must:

While there is quite a bit of research from the developing world showing the associations between inequitable gender norms and health outcomes, there is less in the U.S., and some of it is out-of-date. This may partially be the consequence of so many U.S. researchers who don’t believe gender plays a significant role in health behavior or outcomes. I wish nationally representative surveys like the Youth Risk Behavior Surveillance System (YRBSS), National Longitudinal Study of Adolescent to Adult Health (AddHealth), National Survey of Family Growth (NSFG) and others would include questions about gender norms to better explore the association with health outcomes. New data from the Global Early Adolescent Study (GEAS) is going to be very helpful.

We Need the Know-How

Even when practitioners and educators want to transform gender norms, they often don’t know how. In Part 2 of this post, I’ll outline a list of evidence-informed strategies I’ve used to incorporate gender into curricula designed to prevent adolescent pregnancy and STIs.

I hope you’ll join me and share some of your insights and perspectives. In the meantime, you may want to take a week or two to do a Gender Journal of your own. Here are some questions you can think about as you do your people-watching and thinking: