Disrupting What You Think You Know: Sex and the Teen Brain

ETR is delighted to announce the release of our report on the 2016 Kirby Summit. If you work with adolescents to address sexual and reproductive health, I strongly encourage you to check it out.

Here’s why. We deliberately designed this invited Summit to challenge and disrupt what we thought we knew about adolescent health behaviors.

Report on the 2016 Kirby Summit

Read More about Disrupting What You Think You Know: Sex and the Teen Brain 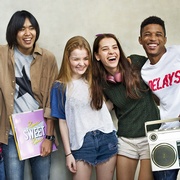 Gender norms have a deep impact at all levels of our society and culture. In Part 1 of this post, I talked about some of the ways inequitable gender norms can negatively affect health behaviors and outcomes. In this post, I’d like to take a look at how we can use evidence-informed strategies to change that. How do we address harmful gender norms in curricula designed to prevent adolescent pregnancy and STIs?

A Framework for Gender Programming

In 2000, Geeta Rao Gupta, then president of the International Center of Research on Women (ICRW), presented a continuum of approaches to addressing gender in health programs. Her model was designed to help program developers achieve greater impact. Along this continuum, four approaches to integrating gender into programs are described: (1) gender exploitative, (2) gender blind, (3) gender accommodating and (4) gender transformative.

Gender exploitative programs take advantage of traditional gender roles to achieve project outcomes. For example, a social marketing campaign that uses an aggressive image of masculinity to promote condoms might have a positive effect on condom use. It appeals to the way some men want to see themselves, based on the gender characteristics they have been conditioned to admire. However, such a campaign can also reinforce traditional roles of men being the dominant partner in sexual relationships. This practice approach should be avoided.

Gender blind or gender neutral programs fail to acknowledge the role of gender in their theory of change. Many effective evidence-based pregnancy and STI prevention programs fall into this category. Gender blind programs do not necessarily do harm, but they may indirectly and unintentionally support the status quo of gender inequality.

For example, a reproductive health care facility that offers a male-friendly clinic during hours when young men are likely to attend can be very effective at providing needed services, but it does not necessarily work to change harmful gender norms that may be driving young men’s unhealthy sexual behavior.

Gender transformative interventions aim to accomplish three tasks: (1) raise awareness about unhealthy gender norms, (2) question the costs of adhering to these norms, and (3) replace or redefine unhealthy, inequitable gender norms with healthy and equitable ones.

Below you will find a list of evidence-informed strategies I’ve used to incorporate gender into curricula designed to prevent adolescent pregnancy and STIs. Think about your own programs. How realistic would it be for you to integrate some of these strategies?

Address the Costs of Gender Norms

Here’s an example of a critical question thread examining one popular gender norm:

Integrate Into Other Activities

Are You Trying to Make My Kid Transgender?

When we talk about gender norms and gender transformative programming, some parents or community members misunderstand the nature of the work. I’ve even had colleagues ask if I was trying to make every student transgender.

This means we have a lot of educating to do about gender roles and inequitable norms. Sometimes I think we just need to change something about our language and the way we talk about the work.

What are your suggestions?

For the most part, given time and a bit of educating, the concept of gender roles and norms seems to resonate pretty well with adults. However, in my experience teenagers have a harder time grasping it. I haven’t quite figured out how to frame it.
Should this be a talk about justice? Fairness? Healthy relationships?

What are your thoughts?