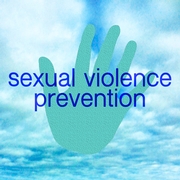 The topic of sexual violence on college campuses has received much attention in the media recently. Many colleges are clamoring to implement or improve education programs in an attempt to reduce the number of rapes perpetrated on their campus.

These high-profile cases have left many people wondering if education about sexual violence prevention shouldn’t start younger, perhaps much younger. What role can sexual health education in middle and high schools play in this effort?

We are the lead authors of FLASH, a comprehensive sexual health education program with an evidence-informed sexual violence prevention component. We’ve been considering these issues for a long time.

We believe that sexual health education is exactly the venue in which to address these matters, and we recommend that this education start early.

We also believe, and research agrees (see here), that the only way to effectively reduce sexual violence is for this education to focus on preventing the perpetration of sexual violence.

Let’s say that another way. Sexual assault prevention education should teach people not to rape.

The work of the Centers for Disease Control and Prevention (CDC) (see box below), along with other research (see here and the chapter on sexual violence here) tells us that to reduce rates of sexual violence we need to undo some of our traditional gender norms. This applies particularly to norms that link masculinity to qualities such as domination, entitlement and violence, and link femininity to submissiveness and sexual appeal.

We think it’s affirming to have the CDC provide a research-based recommendation for the dismantling of rape culture. It’s also important to point out that these negative masculine gender norms are not only damaging for women. Notions of masculinity that value domination, violence and stoicism impede men’s ability to form authentic and meaningful relationships. They lead them to engage in risky behaviors. They shame them for being vulnerable.

The CDC provides a list of risk factors “associated with a greater likelihood of sexual violence perpetration.” These include:

Research on sexual violence prevention has not received the same level of funding and attention as many other health issues affecting young people. There are no lengthy lists of proven programs or extensive meta-analyses of studies.

How then do we actually prevent sexual violence through a comprehensive sexual health education program? We have some ideas about this based on the research, extensive discussions among our team members, and the guidance of our local sexual violence prevention experts.

These are the three steps we believe are most essential.

1. Teach explicitly about perceived gender norms. Provide skills for identifying and resisting them.

Gender norms exist in every culture, but they are a cultural creation. They vary from culture to culture and across time.

Young people need to understand that gender expectations are culturally and socially constructed. They are based on beliefs, but not on facts. There is nothing inherent about our biology or behavior that leads all men to be aggressive or all women to be submissive.

In fact, our students know people who don’t fit conventional gender stereotypes at all—sometimes, they are those people themselves.

In addition to learning about gender norms as a cultural construction and being able to identify these constructs when they appear, young people (all of us, really) need the skills to resist norms that don’t serve them well. When students recognize that their own behavior or that of a friend is being negatively influenced by a gender expectation, we want them to have the language, motivation and confidence to resist that pressure.

We cannot hope to lower rates of sexual violence without tackling this issue head on.

2. Teach young people to recognize the presence or absence of consent.

Many young men are taught to be strong and in control. They may be admired when they push ahead for what they want. They often don’t get a lot of education that helps them recognize the emotions of others.

This may leave some men unable to recognize the presence or absence of consent, or unconcerned about whether consent is present.

In fact, research shows that men who have committed an act of sexual violence are more likely to interpret an ambiguous situation in the affirmative—“It seemed like she was saying yes.”

It is imperative that we teach what consent is and how people are to know if they have consent for a specific sexual act. Skills that will support this knowledge include:

It’s also important to remind students that the lack of a “no” does not indicate a “yes.” Students need to understand that consent is an active process, freely given, ongoing and subject to change.

These concepts have some interesting crossover with abstinence lessons, which often focus on the skill of saying “no.” In the sexual violence prevention framework, however, learning to say “no” is not the targeted skill. Learning to hear “no” is.

In these lessons, we must always be clear that if a person is a victim of sexual assault, it is not because she or he did not say “no” clearly enough. It is because someone else didn’t listen well enough.

Many people still believe that young men simply “can’t control themselves,” and that in certain circumstances, rape is inevitable.

This is a myth. It is demeaning to men, and it contributes to a societal norm that supports sexual violence.

Here’s an impressive fact. When asked if they would stop sex if they were asked to, even if they were already aroused or turned on, the overwhelming majority of high school students we’ve surveyed said they would definitely stop.

However, the same students, when asked if their peers would stop, said they would not.

A Commitment to Young People

Young people are eager to make positive change in the world around them. They are rightly resentful of unfair expectations placed on them, including expectations related to gender and sexuality.

They welcome critical conversations about gender norms and stereotypes. They can see the ways these stereotypes influence their own lives and relationships. These discussions can have a real impact.

When sexual health education programs incorporate these discussions, along with building of skills and resetting unhelpful norms, we can make meaningful inroads into the seemingly entrenched issue of sexual violence.

We’d love to hear more from you about the ways you’re working to address gender stereotypes and reduce sexual violence with your students. How are you incorporating these ideas today in your own settings?

The FLASH curriculum is published by Public Health-Seattle & King County. To learn more about FLASH, go to www.etr.org/flash. To inquire about FLASH training for educators, contact FLASHTrain@etr.org.