How serious is the problem of adolescent sex trafficking, and what can we do about it? These are issues ETR researchers have been looking at for some time. I’ve just heard some news that gives me hope that the health and education community is moving in a good direction on these matters.

How serious is the problem of adolescent sex trafficking, and what can we do about it? These are issues ETR researchers have been looking at for some time. I’ve just heard some news that gives me hope that the health and education community is moving in a good direction on these matters. 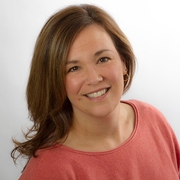 Today, the closest thing to passing notes is text messaging, but there are a number of important differences. Back in the day, note passing required a physical hand off—me to him, or him to me, or me to my friend to him. I couldn’t send a note in the middle of the night. It didn’t disappear a minute after he read it. I couldn’t send him 100 at a time (my hand didn’t write that fast!). And, thankfully, if he showed my notes to someone else, I didn’t have to worry about them going viral.

Once my first boyfriend and I decided we liked each other enough to “go out,” we didn’t actually physically go out anywhere together. We just ended up talking on the phone. Usually someone else in my family would answer the phone when it rang because we shared one phone in my family. This was typically the way my mom found out about who my sister and I were “dating.”

Again, today things are different. Technology has changed the way teens communicate with one another and the rest of the world. According to the Pew Research Center, 88% of youth ages 13 to 17 have access to a mobile phone, and 73% have access to a smartphone; 87% own or have access to a desktop/laptop, and 58% own or have access to a tablet; 92% go online daily, and 89% use at least one social networking site (e.g., Facebook, Twitter, Instagram). In addition, 91% of young cell phone owners use text messaging—typically exchanging more than 100 texts a day.

Particularly for adolescents, electronic communication presents a number of benefits, such as being able to stay connected with friends and family both near and far. It can be helpful to youth who are isolated or marginalized in some way (think remote and rural, or LGBT). Websites and apps can be a source of vital information about sexual health, or a resource for quitting smoking or eating more nutritiously.

However, the constant connection also exposes young people to a number of potentially negative consequences.

For example, parents used to be able to “monitor” the people their children were interacting with just by answering the phone or overhearing a conversation. Today, most young people communicate through text messages or other electronic communication channels that can keep parents and trusted adults from knowing what is being said and to whom.

The constant connection can also leave young people exposed to harassing or bullying behaviors by friends and romantic partners. While most of the research on technology-facilitated aggression has focused primarily on peers and cyberbullying, more researchers and federal agencies are starting to acknowledge the importance of exploring this phenomenon within the context of romantic relationships (see, for example, David-Ferdon & Hertz, Draucker & Martsolf, and Offenhauer & Buchalter).

Here at ETR, my colleagues and I have been conducting research on the importance of strengthening adolescent romantic relationships as a lever for promoting adolescent health and well-being and reducing sexual risk behaviors. Within this body of research, we have also focused on the complex and dynamic context of romantic relationships. One goal of this current body of research is to better understand how these contextual factors influence the development or avoidance of intimate partner violence.

In a recent pilot study of a high school healthy relationships intervention, we collected data from students on electronic dating violence (EDV) victimization, which we defined as the use of technology (e.g., cell phones, Internet) to embarrass, harass or threaten a romantic partner. We also collected data on the ways young people might end a relationship using technology, as well as their issues and concerns about online privacy.

Although our sample was small—94 students—our data suggest that, indeed, young people are experiencing EDV victimization. Males are reporting more EDV victimization from a romantic partner than females, which is consistent with other published studies (see this report by Zweig et al., for example).

Further, our data suggest that almost 70% of both males and females in our study are ending relationships electronically. That means that when they’re breaking up, they’re avoiding communicating directly in person.

Our data also show that females report looking at their romantic partner’s text messages without permission about twice as often as males do.

These findings are consistent with the limited published data on EDV victimization. We presented our data at the recent YTH Live Conference in San Francisco and are in the process of preparing a manuscript for publication early this summer.

Why Should We Care About EDV?

EDV is an emerging area of concern, in part because technology today allows for greater secrecy. This allows the abuse to remain even more hidden, and occur away from adult supervision (see this report by Rideout, Foehr, & Roberts). Victims of cyberbullying often do not notify adults of the abuse because they don’t believe adults will intervene effectively. They also don’t want to worry their parents. Bystanders often don’t intervene because they fear becoming targets themselves.

As with cyberbullying, underreporting of EDV appears to be common. One study suggests that the majority of victims (68%) don’t perceive EDV as serious enough to report. More than a quarter feared having their access to technology revoked if they told a parent or adult about the abuse, and/or having time with their partner limited. This finding is particularly disturbing because it suggests that young people are willing to endure harassment and/or victimization, sometimes of a very serious nature, to avoid being disconnected from their social lives (and this happens, today, predominantly through being connected to peers through technology).

What Can We Do?

There are several approaches we can take as researchers, educators and parents to curb the spread of EDV among young people engaged in romantic relationships.

First, we need to dialogue with youth to gain a better understanding of how they perceive EDV. We need to keep these conversations ongoing and current. The study about young people not thinking EDV was serious enough to report to family or friends was completed almost 10 years ago. Does this attitude remain true today?

If it does, we need to elevate EDV as a priority issue and better educate young people about how they can prevent it in their own relationships, and get help if they need it.

We also need innovative strategies to help young people recognize EDV as a violent and preventable activity and identify these behaviors in their relationships. We need to help youth learn skills for communicating both in person and online in nonabusive ways. We need to offer education that helps them develop healthy strategies to manage their emotions.

Perhaps most important, we need to empower youth to take a stand against EDV. It is young people themselves who can best promote healthy norms around what is acceptable and unacceptable in technology communication with peers. In my work, I still see blurred lines between what can be considered harassment or abuse, and what some young people think are expressions of affection or love (e.g., texting repeatedly, texting in the middle of the night, texting to “check up” on a partner or control his or her activities).

Finally, we need to conduct additional research to understand if EDV is an element along the continuum of intimate partner violence, or a unique and distinct form of dating abuse with its own antecedents and determinants. Additional research is needed to determine the extent to which EDV may be associated with sexual behavior or other forms of partner abuse, and whether victimization and perpetration are associated with different types of relationships (for example, steady versus casual).

Sometimes I feel envious of the young people growing up today as digital natives. They live in a media-rich environment where they never have to suffer through a busy signal as I did when trying to make a phone call, or wait for a postcard to arrive to learn about a friend’s vacation. But, when I think it over, I’m also grateful that I wasn’t able to connect to friends or romantic partners day and night. It would have been exhausting.

Instead, I had to sit with my emotions all night, or sometimes all weekend, and learn to endure them. I had to suffer the consequences of social carelessness if I said something hurtful to a classmate. I had to ponder what that parting shot of negativity from a supposed friend meant, or why that cute boy smiled at me so sweetly. My friends and I couldn’t fire off a constant barrage of all-night texts when we were angry, sad, jealous, confused or afraid.

And I am grateful now that I had to learn how to break up and be broken up with in person, agonizing as that experience was.

Don’t get me wrong—I am not anti-technology. In fact, I’m so pro-technology I could probably use a little more time being disconnected.

But I also think young people can benefit from learning more about the risks involved in being connected 24/7. One of the most important components of this will be their ability to identify behaviors related to EDV, develop strategies to prevent it in their own relationships, and access resources for help when it occurs.

Pamela Anderson, PhD, is a Senior Research Associate at ETR. You can reach her at pamelaa@etr.org.