People are talking about HIV and AIDS. You hear it, see it, Google it. Yep. There is a lot of talk.

But are people listening?

At ETR’s Community Impact Solutions Project (CISP), we believe members of the HIV prevention workforce are a vital part of this HIV and AIDS conversation. They need and deserve state of the art training to understand the many changing aspects of HIV and AIDS to help protect themselves, the community and families, friends, and partners. 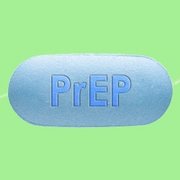 In 2012, the U.S. Food and Drug Administration approved oral Truvada for pre-exposure prophylaxis of HIV (PrEP). In a very short period of time, PrEP has substantially changed the HIV prevention landscape. It’s effective (when taken) and has an excellent safety profile.

How well is it working in different populations? I took a quick dive into some recent reports to get an update.

I started out with a webinar hosted by the National LGBT Health Education Center addressing current topics in PrEP. It was informative and illuminating—I recommend downloading the slides. The presenter, Kevin L. Ard, MD, MPH, reviewed PrEP basics. Then he shared several interesting case studies that highlight common clinical issues. Even though I’m not a medical provider, I found the webinar and case studies helpful. They’ll be relevant for anyone working in the HIV prevention arena.

For example, a gay man who practiced safe sex at home wanted to use PrEP short-term to cover an upcoming vacation, where he expected to have multiple unprotected sexual encounters. Is this appropriate? Dr. Ard suggested it is and offered guidelines for using PrEP during “risk vacations.”

In another case, a physician discussed PrEP with a transgender woman who had a recent history of gonorrhea. She was concerned PrEP would interfere with her hormonal therapy. Is PrEP effective and appropriate for transgender women? Dr. Ard explained that more research specific to transgender populations is needed. In one clinical study, no benefit was found in 339 transgender women. However—and this is a big however—the women who contracted HIV in this study did not have detectable levels of Truvada in their systems at the time of diagnosis. Among women who took 4 or more doses per week, no HIV infections occurred.

Drug interactions between PrEP and hormone therapy are not currently being observed, but there is a need to confirm this. Reassurance will be an important step in supporting greater adherence among transgender individuals. A California study will be exploring these issues in greater detail.

Both in the U.S. and internationally, women bear a considerable burden of risk in the HIV epidemic. A recent review looked at the “promise and pitfalls” of PrEP among female sex workers (FSW) globally. Prevalence among FSWs is elevated several fold, even in areas where background prevalence among women is already high. Establishing effective PrEP programs will help protect these women, their partners and children, and will also have population-level impacts by reducing transmission among their clients.

The authors identify common challenges and barriers—the criminalization of sex work is a big one—and make a powerful case for including FSWs in program development to ensure PrEP interventions are appropriate to local contexts and concerns.

An interesting study based in the U.S. gathered focus group feedback from at-risk women in six different cities. Most had not heard about PrEP or, if they had, believed it was only for men who have sex with men. The women were angry that no one had described PrEP or offered them an option to use it. Most were interested in considering it. Many would have appreciated a discussion of PrEP with their primary care provider or gynecologist. (ETR’s Chief Science Officer, Vignetta Charles, PhD, is one of the authors on this study. She spoke about it recently at the United State of Women Summit at the White House.)

Young MSM of color also face substantial risk for HIV. This is another group that has not had the benefit of much research, although some studies are under way. In one project, described in this article from the Atlantic, investigators struggled with institutional review boards that questioned the ethics of carrying out such research with minors. The CDC has pointed to a lack of data on safety and effectiveness in minors, including concerns about effects on the developing body. (For example, Truvada is associated with small decreases in bone mineral density.)

There are, however, many arguments in favor of both researching PrEP in at-risk minors and offering youth the option to use PrEP. George Siberry, a physician with NIH, is quoted in the Atlantic article: “There are important precedents for adolescents to receive care without obtaining parental consent. The ability for adolescents to seek HIV treatment and preventive care represents a similar situation.”

In another U.S. study of 200 young MSM ages 18 to 22, adherence to the PrEP regimen was good (but not outstanding—just under 60% of subjects had blood levels of Truvada showing at least four doses a week were being taken). After the third month of the study, however, follow-up visits switched from monthly to quarterly. Adherence dropped considerably. This may highlight a need for more regular follow-up with younger individuals.

PrEP offers great promise in our efforts to end HIV. To put it to its best use, we must continue to learn more about spreading the word and boosting adherence in varied populations. Research is moving forward on long-acting forms of PrEP that would support better adherence than a daily pill regimen. These include drug-infused vaginal rings, injectable drugs and implants that might be used on intervals ranging from once a month to once a year.

It’s vital that primary care providers and specialists learn to discuss, advise and, when appropriate, treat and monitor patients interested in PrEP. Health educators in a variety of settings need to be ready to discuss PrEP with clients. (By the way, ETR’s new pamphlet, “Is PrEP for You?” can help structure and support these conversations. Also available in Spanish.)

Understanding more about PrEP can help all of us working in health care and HIV prevention better address the populations touched most deeply by HIV and provide effective and successful solutions.

Marcia Quackenbush, MS, MFT, MCHES, is Senior Editor at ETR. She first began doing HIV prevention work in 1984. She can be reached at quam@etr.org.