National Week of Prayer for the Healing of AIDS: What Will You Do? 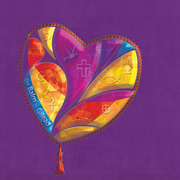 March 6-13 is the National Week of Prayer for the Healing of AIDS. This is a commemorative week that brings national attention to the HIV epidemic and the “extraordinary role faith communities can and are playing” in HIV prevention, education, service and advocacy.

Reflecting on this year’s National Week of Prayer, I was reminded of a young man named Neal who attended one of the groups I facilitated in the early days of the AIDS epidemic. I was working for an AIDS and mental health program in San Francisco.

Neal had come to the group seeking support. His lover had recently died of AIDS. “My partner came from a very religious family,” Neal told the group. “They live in the Midwest. They never called, they never came to see him—not a single time over the entire course of his illness.”

But his partner’s family did show up at Neal’s apartment immediately after the funeral. They began hauling away everything they could carry. “We are his heirs,” they told Neal, “his closest family. Everything belongs to us now.”

Neal watched in despair as they took his lover’s clothes, shoes, books, even the furniture he and his partner had bought together.

These are the kinds of events that have given some the impression that faith communities do not care about people with HIV and do not have a constructive role to play in the epidemic. NWPHA can help turn that mistaken idea around.

Neal’s story does not end with the desolation of that empty apartment. A couple weeks later, when the group was speaking about how to make sense of the epidemic spiritually and philosophically, his comments were thoughtful and generous. “None of us would choose this horrible epidemic, I know,” he told us. “But we have been given an opportunity to show the world how deeply we can love and care for one another, and how powerful that love is.”

The National Week of Prayer offers all of us an opportunity to reflect on the power of love to change the world. Let’s explore the role it can play as we move toward an AIDS-free generation. Please check out these resources, join in some of the webinars and other events, and consider bringing these messages to your own faith or spiritual community.

Marcia Quackenbush is Senior Editor at ETR and manager of the blog. She can be reached at quam@etr.org.