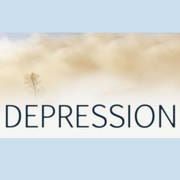 I’m one of the folks who genuinely looks forward to National Public Health Week (NPHW). I’m proud to call myself a public health nerd. I quote health statistics at dinner parties. I talk to the kids in my neighborhood about the importance of bicycle helmets and safety belts.

I’ve also got a background in mental health. Naturally, I was gratified to see President Obama bring attention to mental health in his Presidential Proclamation on NPHW. “We are striving to promote mental health as an essential component of overall health,” he states, “helping to ensure access to mental health care and services and working to prevent suicide.”

One of the most important things we can do in public health is end the stigma about depression and other mental health issues. Depression and anxiety interfere with people’s motivation to seek care. They disrupt adherence to treatment. Shame and stigma about the symptoms, which often feel out of control, keep people from speaking up.

Families who’ve lost a loved one to depression—that is, through suicide—often struggle with what to say to others about the death. I know. One of my nieces died by suicide, and it was a devastating experience for all of us.

But I was also lucky. My family has a sound understanding of the disease. We were all clear that this beautiful young woman died of an illness—not a personal weakness and not a defect of character. When people said things like, “I can’t believe she did that to you,” we could say, “She didn’t do this to us. A disease did this to her.”

I was incredibly moved earlier this week to read a column in the Washington Post by Eleni Pinnow. She describes her absolute commitment to tell the truth about her sister’s recent death. The opening line of the obituary says her sister “died from depression and suicide on February 20, 2016.”

“Depression lied to my sister,” Pinnow tells us. “I have to tell the truth.”

I would add that depression lies to families and communities as well.

Let’s honor those who have struggled with mental health challenges. They are ourselves, they are our family members, they are our closest friends. Let’s all tell the truth and end the stigma.

Marcia Quackenbush is Senior Editor at ETR and manager of the blog. She can be reached at quam@etr.org.