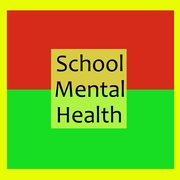 With the advent of California’s Local Control Funding Formula (LCFF), California schools and communities are bringing increased focus to issues such as student engagement and school climate. Mental health services in schools are a cost-effective way to increase attendance and reduce suspensions and expulsions (see, for example, here and here). And while my agency’s practice is within California, these principles are working in schools throughout the nation.

At the California School-Based Health Alliance, we are big believers in school mental health services. Good programs can literally be life-savers.

A couple of years ago, I had a chance to work with a high school student named Nick. His story offers a powerful proof of that statement.

Nick was typically an excellent student. But something had changed, and lots of people were noticing. “There’s something different about Nick,” they said. He’d started falling asleep in class or putting his head down on the desk. He wasn’t connecting with classmates or teachers in his usual way.

“He seems out of it.” That’s how his history teacher explained it on the referral form to the school’s comprehensive mental health program. I was the school social worker managing this program, and I agreed with his teacher that these signs were of concern. I scheduled an appointment for late that week.

Within 24 hours, we received three more referrals for Nick. One came from a friend who said, “Nick seems sad and lonely.” A second came from his art teacher, who reported that Nick’s work had lately been focusing on images of death and destruction.

The third came from Nick’s sister, who attended a different high school. She confided to her counselor that her brother had been talking about suicide. The counselor recognized that this was a serious risk and contacted me immediately.

Four people—two teachers and two students—were concerned about someone in their community and took action. Thanks to the willingness of all these referral sources to speak up, we understood that we needed to intervene immediately with Nick.

We implemented our school’s crisis intervention protocols. Nick was brought into the student health center and assessed by our school based therapist. In that meeting, we learned that he was, in fact, contemplating suicide. He had a specific and potentially lethal plan to kill himself that weekend.

While Nick was being assessed, we contacted his father. His father left work and rushed over to the school to meet with Nick and our therapist. He reported that he had “no idea that Nick was feeling like this,” and was grateful to us for noticing. He told us that things had been stressful in the family in recent months. He knew that Nick was feeling a lot of pressure to be the first one in the family to go to college and be successful.

We also called the county child crisis mental health team. This is the team that can actually make the call to hospitalize a young person and facilitate admission. They arrived shortly and joined a meeting with Nick, his father and the school mental health team. In this meeting, Nick’s dad had to be convinced that his son needed to go to the hospital that day, and that going home to “rest” wasn’t a good idea.

Nick was transported to the hospital for further assessment and treatment. He was eventually admitted and stayed for 5 days. During this time, Nick participated in individual and family sessions with the hospital psychiatric staff. His family received education about adolescent mental health. They learned ways to better communicate with Nick and understand more about what he was thinking and feeling.

After his release from the hospital and his return to school, Nick was paired with our on-site mental health therapist to receiving ongoing counseling. Two years later, Nick graduated from high school and today he is on his way to college.

I firmly believe the comprehensive mental health program on site at this school saved Nick’s life. The program had several components that made it successful:

An Essential Part of the Community

If you work in a school setting that offers a comprehensive on-site mental health program, you’re already familiar with the impressive benefits. Mental health professionals become an essential part of the campus community. They help schools prevent and address crises. They train teachers in effective classroom management and teaching strategies. They offer consultation on how to support struggling students. They actively involve youth in designing services that best meet students’ needs.

If you aren’t one of the lucky ones with a program like this in place, don’t despair. Your school district can have services like this too! The California School-Based Health Alliance offers a wide range of workshops, technical assistance, and training services to help your school improve mental health services. Our staff are available to provide training and consultation in the following areas:

Alicia Rozum, MSW, PPSC, is the Project Director, Mental Health, at the California School-Based Health Alliance. She can be reached at arozum@schoolhealthcenters.org.