If your work involves talking to people about sexual health, you must be talking to them about STDs. Or STIs. Or both. Right?

As the great STD-STI terminology challenge continues, just about everyone has had to choose one term or the other. Well, everyone except for the people who use both interchangeably to mean the same thing. Or those folks who use each in distinct ways to mean different things.

I asked a few of my ETR colleagues to share their current thinking and preferred term for their work. Here’s what they had to say. 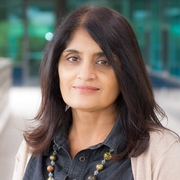 What’s in a name? Is it medical marijuana that’s supported in 29 states plus the District of Columbia? Or should we be calling it medical cannabis?

There are different perspectives on these language choices, and often people hold their opinions strongly. As the legal uses of cannabis become more widespread, I expect the language to continue evolving. In the meantime, here are some of the arguments for using one term or the other.

Perspective 1: "Cannabis is the Correct Term"

“Marijuana is the Term People Understand”

What Works for You?

Like other terms in the worlds of health education, research and promotion, your own choice of phrase might depend most upon the setting in which you are using it. In general, I am now using “cannabis” for both medical and recreational products. However, when we’re producing health education materials here at ETR, we are more likely to use “marijuana” at the moment because it is more easily understood by students, clients and patients.

I’ve been working closely with Tribal Nations in California on issues of tobacco and secondhand smoke exposure. As I’ve watched the process unfold in this arena, I hear the term “cannabis” being used more than “marijuana.” Their newly formed association exploring the regulation of cannabis on tribal lands is the California Native American Cannabis Association (C-NACA).

The most important thing is to communicate clearly with your audience. What term will work better with the people you are serving? Will different terms be appropriate for different individuals or audiences?

I’m interested in the ways you are working with this language. Even as we talk more freely about cannabis in a multitude of different settings, the need for sound prevention education remains vital. What language do you want to see in health education materials? Which term should we be using in community and school prevention programs?

Narinder Dhaliwal, MA, is the Project Director of ETR’s Tobacco Education Clearinghouse (TECC) and California’s Clean Air Project (CCAP). She works with tobacco control programs throughout California’s 61 health jurisdictions. You can reach her at narinderd@etr.org.