Wake Up: An E-Cigarette Prevention Campaign That Worked 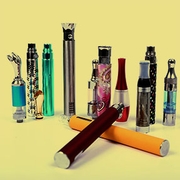 Are e-cigarettes really harmful to youth? Yes. Last year’s Surgeon General Report E-Cigarette Use Among Youth and Young Adults confirms that this is a “major public health concern.” Younger brains are more susceptible to addiction, and e-cigarette use may open the door to other addictions, including conventional cigarettes and illicit drugs. Exposure to nicotine while young may interfere with brain development with resulting negative effects on cognition, memory and attention.

A recently published study looked at young adults (18-24 years of age) who were not daily smokers. Over time, those who used e-cigarettes were more likely to increase the quantity and frequency of combustible cigarette use. These are individuals who may be at greater risk for tobacco dependence and the array of harms that can come with it.

An Interest in Prevention

As public health advocates, we have a vested interest in prevention programs that work. California has long been a national and international leader in tobacco prevention. Early on, we were concerned about the effects of e-cigarettes on the public, and particularly on non-smoking young people. We heard the arguments from proponents of e-cigarettes and saw persuasive advertising from the tobacco industry. Researchers also looked at the effects of this messaging on young people’s attitudes about vaping, including the possibility that youth who would never use a conventional tobacco product might be persuaded to use e-cigarettes (see research findings here and here). In fact, as young people reported increases in perceived safety of e-cigarettes, e-cigarette use also increased rapidly.

In 2015, the California Tobacco Control Program introduced a visionary e-cigarette media campaign called Wake Up. In 2016, we rolled out Wake Up 2.0.

The 2015 campaign included two television ads, digital ads, out-of-home advertising and a website. It was supported by an aggressive social media campaign using Facebook and working with “mommy bloggers” to help disseminate information about the dangers of these products.

See and hear more Wake Up and Wake Up 2.0 ads at our YouTube channel here.

This multi-cultural campaign targeted 18-30 year olds and parents of teens. Based on consumer research, the campaign was designed to counter inaccurate and misleading information disseminated by the tobacco and vaping industries through unregulated marketing and advertising. The Wake Up campaign featured iconic music along with compelling and disturbing imagery. This was linked to important factual information about the addictiveness of nicotine, the chemical toxicity of e-liquids, and the tobacco industry’s role in marketing these products.

Before the advertising campaign launched in March 2015, we conducted a cross-sectional online survey of over 1,300 respondents. These respondents were surveyed again following the first wave of advertising in June 2015. After eight weeks of advertising, 53% of respondents recalled the Wake Up advertising (64% of smokers, 49% of non-smokers). Willingness by young adults to experiment with electronic cigarettes dropped nearly in half, from 46% to 24%. We also saw positive shifts in knowledge and attitudes related to concern about teen usage and harmful toxins in the vapor.

The 2016 Wake Up 2.0 advertising campaign built upon the original campaign’s momentum by further educating parents and millennials (young adults ages 18-34) on the toxicity of secondhand aerosol, Big Tobacco’s role in the e-cigarette industry, and, most importantly, the fact that e-cigarettes are proving to be a gateway to smoking cigarettes for adolescents.

The Wake Up 2.0 campaign included a television ad that showed a teen vaping in his bedroom. It was very successful in delivering the main message that e-cigs are a “gateway” that leads to smoking regular tobacco cigarettes. The campaign also included chilling radio spots featuring the voices of San Francisco Bay Area teens and how they came to be hooked on e-cigarettes.

The public reacted to these ads with statements such as, “E-cigs are a gateway to smoking…I feel anger toward Big Tobacco.” Or, “It makes me concerned that this could be problematic for children.”

The post-campaign tracking survey again found that parents who had seen the campaign were much more likely to have concerns about e-cigarettes being a gateway to combustible cigarettes (58% vs. 38%) and believe that e-cigarettes are just as addictive as regular cigarettes (57% vs. 32%).

Collectively, California’s leadership on e-cigarettes and the media campaign laid the foundation for strong legislation defining e-cigarettes as a tobacco product. This included prohibiting use wherever other combustible products are prohibited, prohibiting use at all K-12 public schools, prohibiting sale to persons under the age of 21, and requiring sellers of e-cigarettes to obtain a state tobacco retail license.

In fact, this sweeping set of bills was signed into law by California Governor Jerry Brown one day prior to the Food and Drug Administration, Center for Tobacco Products, releasing their final deeming rules defining e-cigarettes as a tobacco product. The U.S. Surgeon General followed with the 2016 release of its report E-Cigarette Use Among Youth and Young Adults, which concluded that use of e-cigarettes by young people poses a public health threat.

Simply put, the Wake Up and Wake Up 2.0 e-cigarette media campaigns are an outstanding achievement in public health. They:

Many people helped craft these media campaigns and shepherd them through the approval process. I particularly want to recognize Valerie Quinn, Communications and Advertising Strategist with California Tobacco Control Network. Valerie is the spark plug who kept the engine running when something went amiss. The success of these campaigns is due in no small part to her personal efforts, and her ability to create a team that truly thrives on excellence.

April Roeseler, BSN, MSPH, is Branch Chief of the California Tobacco Control Network, California Department of Public Health. She can be reached at April.Roeseler@cdph.ca.gov.