TV is not what it used to be. Over the past decade, we have seen a range of new methods of content delivery (Netflix, AmazonVideo, Hulu), new ways of watching (bingeing on favorites, catching short segments on YouTube, checking out cute kittens suggested by friends on Facebook), and new ways of calculating ratings.

Unfortunately, although television platforms have clearly modernized over time, television themes and stereotypes around gender and sexuality have not. 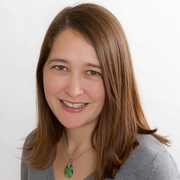 From a fairly young age, today’s kids are growing up with all kinds of social media. Parents and professionals struggle to keep up with the latest trends and protect children from possible harm. As a media researcher and a parent, I'm also working to stay abreast of the latest technology and how it impacts children and adolescents.

But rather than looking at every new app as a focus of research, I'm interested in the larger issues related to social media use—things like why and how we use social media. The more I learn, the more similarities I see between social media and traditional media use (e.g., TV, movies, video games). Of course, there are some distinct differences as well.

Let me share with you some of these overlaps and distinctions. Then I’ll get into what parents, teachers and other professionals can do to support youth as they navigate this new world.

Be sure to see Part 2 of this post, Positive Social Media Use for Youth: 6 Recommendations to Guide Parents, Educators & Other Professionals.

In many ways, social media is a lot like traditional media. Two of the most popular social media destinations among youth today are social networking sites (SNSs) and content communities.

Social networking sites include Facebook, Twitter, SnapChat, Tumblr and Instagram, and online gaming communities like MineCraft. These are platforms you’ve probably heard of. There are many others which maybe you haven’t (Kik, Musical.ly, Live.ly, Whisper, Monkey, Yubo).

Although SNS use has become an integral part of youth lives today, it still constitutes a smaller portion of their time (average of 71 minutes per day) compared with the 113 minutes a day they spend viewing videos or TV. Nearly half (45%) of U.S. teens use social media daily, and time spent with social media is an important part of their lives.

Even though social media looks really new, the ways we use it overlap a ton with traditional media. Youth (and adults) tune in online for the same reasons that they tune in to movies, TV shows or video games: to be entertained and deal with boredom, to connect with friends, to gather and share information, and out of habit.

Teens use Facebook, Snapchat and Instagram the same way their parents used the telephone, letters and email growing up—as a means of communicating with friends and peers, staying informed about loved ones, and feeling connected. The needs of youth that are met by using social media are the same needs that have existed in society for centuries. In fact, the latest technology has become a reflection of our needs and interests as much as, if not more than, an influencer of our needs and interests.

Take Snapchat, for example. The creators of Snapchat describe it as a camera company. Snapchat users, on the other hand, rank it as one of their favorite social networks (although a recent Snapchat update did lead to significant backlash from users). Individual users may not have the capacity to change an app's interface or features, per se, but the way in which groups of individuals use a particular SNS, and the meaning given to that network by them, is shaped by the user. Regardless of what Snapchat calls itself, it is, in practice, a social networking site.

There are a number of benefits of social media use that do not exist in the same way for traditional media. One of the key benefits of social media use is the opportunity to strengthen friendships and stay connected to peers. Research by the Pew Research Center showed that among all teens surveyed (aged 13-17), 83% reported feeling more connected to friends by using social media. Most teens spend time daily with friends on social media. I grew up without social media, but I do remember the importance of feeling connected to my friends as a teen and spending hours on the phone with them (sorry, mom!). Teens today are doing the same type of behavior, only in a newer way.

Social media is also a unique opportunity for youth to find community around specific interests or aspects of personal identity where they may have few or no in-person connections or role models. For example, researchers found that young adults with serious mental illness found peer support for their mental health on YouTube.

Social media also has the potential to help youth become active local and global citizens. A meta-analysis revealed that social media use had a positive impact on youth political engagement. And youth can use social media to get health information online that they may be embarrassed about, or when they’re unsure who to ask.

Some research has found that social media use is associated with positive impacts on mental well-being for adolescents, although a systematic review of the research found mixed to no effects.

Why, then, does social media use worry us so much?

For one thing, fear or resistance to new technology is a very common human experience. The introduction of the car, telephone and television were also met with concern and fear.

Researchers have coined a term for this fear of new technology—technophobia.

Today's common concerns over social media use include worries about children interacting with strangers online, loss of privacy, damage to children's reputations, cyberbullying, and exposure to unwanted content, among others. It’s easy to find examples of these fears coming to life and children suffering serious consequences at least in part from their experiences online (and rarely, even suffering deadly consequences). More on that in a minute.

Most youth online, however, do not experience serious negative consequences from using social media. For example, in a review of the impact of cyberbullying and bullying on suicidality, researchers concluded that the experience of cyberbullying by itself is unlikely to lead to suicide, although it can compound ongoing mental health concerns among youth.  These fears persist in part because of the constant introduction of new and changing social media technology, a few tragic high-profile cases related to online activities, and our very natural human resistance to new technology—our technophobia.

Okay, so although some of our fears may be unwarranted or exaggerated, there are some real challenges and struggles for today's youth (and adults!) related to social media use.

A report by O'Keefe & Pearson identified a number of risks of social media use. Obvious concerns include cyberbullying and online harassment, unwanted exposure to pornography, and sexting—which can result in private images being sent to unintended recipients. There are also concerns over youth being distracted by social media and multitasking, which results in poorer performance in academic settings. It can also be deadly behind the wheel. A few reviews on both the negative and positive effects of social media describe other risks (check here and here if you want more dirt!).

Clearly, adults are concerned about youth social media use. We just need to remember that many of these concerns were around long before the internet. They did not arise because of social media, though they may change form in their new manifestations.

Bullying, for example, existed before cyberbullying. However, in its new form, it is insidious in different ways and can occur 24/7, not just at school. Pornography is certainly not new, though it is much easier to find today. Multitasking has never been a good approach to studying—watching TV while doing homework is just as problematic as checking Facebook while doing homework.

Rather than attacking the tool or the messenger (in this case, social media), we would do better to address the old concerns in the context of these new tools.

Next week, in the second part of this post, I’ll go over six recommendations for positive social media use that can guide parents, educators and other professionals working with youth.

Elizabeth McDade-Montez, PhD is a Senior Research Associate at ETR who has studied the influence of media on children and adolescents. She can be reached at liz.mcdade-montez@etr.org.