Disrupt Your Thinking: It's Good for Sexual Health Education

The Kirby Summit has disrupted the ways I think about sex education. I hope it’s going to disrupt your thinking, too. ETR’s invitational Summit assembled some of the nation’s best-known developmental neuroscientists, along with similarly respected sexual and reproductive health specialists. The things we’ve learned by bringing our disciplines together are altering the ways all of us are conceptualizing sex education.

Read More about Disrupt Your Thinking: It's Good for Sexual Health Education

Sex Education National Survey: How Does the Country Feel?

In February, GfK, an international market research organization, conducted a survey on behalf of Planned Parenthood. Our goal was to assess likely voters’ support for sex education and for federal funding of programs that reduce unintended pregnancy among teens. We learned that support for sex education in middle and high school is exceptionally strong. You can see a two-page brief about our findings here.

Young people need and deserve age-appropriate, medically accurate information and answers to their questions about sex and relationships, without being shamed or judged. They have a right to information and skills that can protect their health. Data supports this.

The message is clear — there is strong support for sex education that covers a comprehensive range of topics. 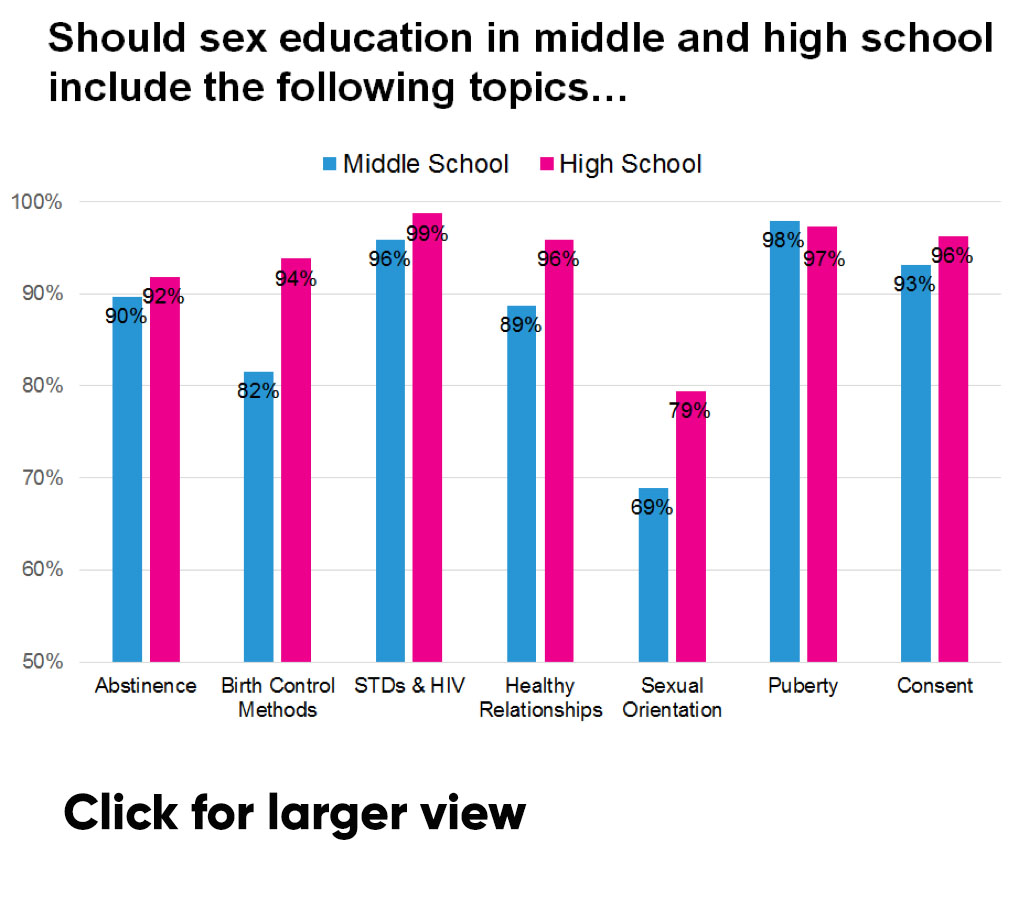 The Teen Pregnancy Prevention Program (TPPP) and the Personal Responsibility Education Program (PREP) provide federal funding for programs that are proven to help teens delay sex, improve contraceptive use, and/or prevent pregnancy. The current administration is redefining TPPP to fund abstinence-only programs, which they are rebranding as “sexual risk avoidance.”

This policy shift is in direct opposition to what a large majority of likely voters want from federal programs that prevent unplanned pregnancy among teens. 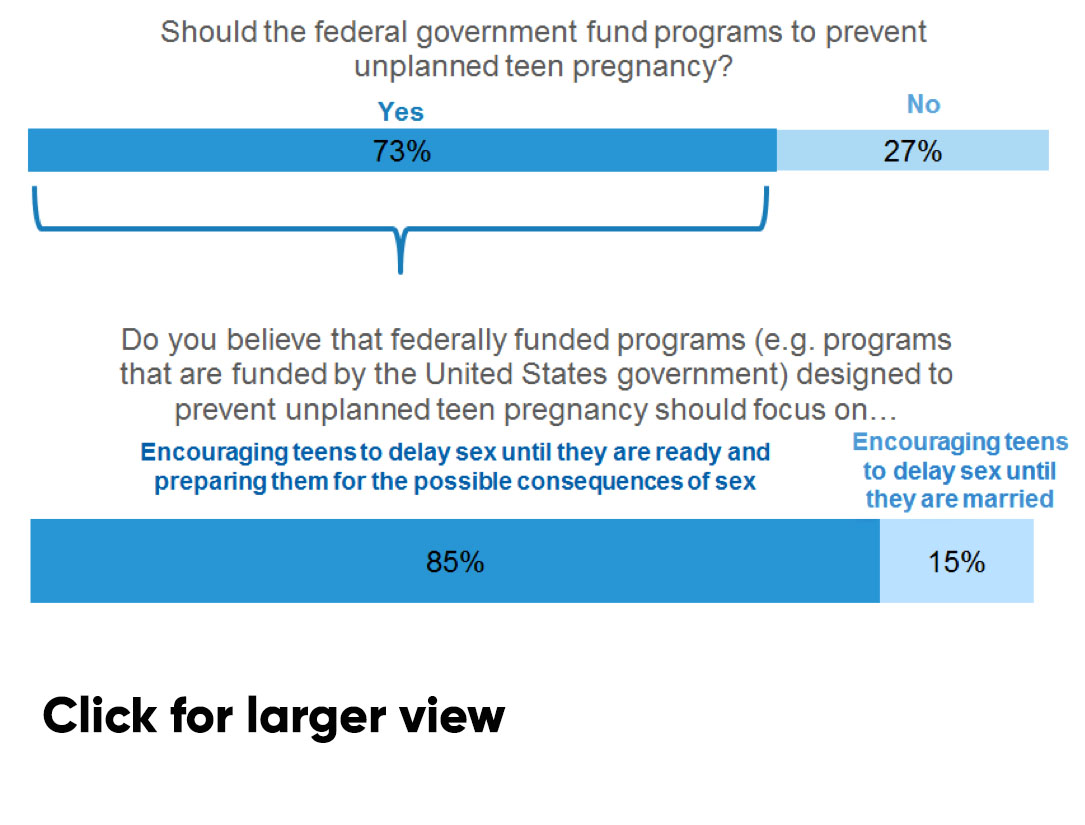 Today, when only 14% of middle schools and 38% of high schools teach the CDC’s 19 essential health topics, I believe advocates for sex education can be more vocal. We need to speak up about how strongly voters support sex education that covers a comprehensive set of topics. We need to emphasize that voters do not support abstinence-only programs.

We also need to explain that rebranding abstinence-only as sexual risk avoidance does not alter the fact that these programs do not cover the information that likely voters (and parents, for that matter) want  included in middle and high school sex education. It is critical that those of us working in adolescent health continue to make clear to the public that sexual risk avoidance is simply another name for abstinence-only programs.

I hope you will join me in lifting up the overwhelming support for sex education and federal funding for programs that prevent unplanned pregnancy among teens. Here are some ways to take action:

Amelia Holstrom, MPH, is Associate Director of Evaluation in the education department at Planned Parenthood Federation of America. She can be reached at amelia.holstrom@ppfa.org.