First, let me be clear about something. I am not a techie. At all. The first time I interacted with a computer was probably in seventh grade. Technology stuff was completely foreign to me. My family and friends didn’t know about it. And there wasn’t someone we could turn to for guidance.

I did, however, become a student at University of California, Santa Cruz (UCSC), majoring in sociology, and at one point I desperately needed to get into a popular class. A hundred students were competing for ten open spots. How was I going to swing it?

First, let me be clear about something. I am not a techie. At all. The first time I interacted with a computer was probably in seventh grade. Technology stuff was completely foreign to me. My family and friends didn’t know about it. And there wasn’t someone we could turn to for guidance.

I did, however, become a student at University of California, Santa Cruz (UCSC), majoring in sociology, and at one point I desperately needed to get into a popular class. A hundred students were competing for ten open spots. How was I going to swing it? 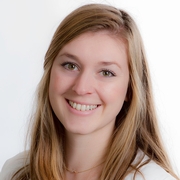 I’m a digital native—from the generation born after digital technologies became common—but also old enough to have seen just how much these technologies have changed. I’m also someone who is beginning a career in research on technology education. This intersection has given me a natural interest in understanding how people’s perception of technology changes over time.

The majority of my work at ETR has been with the students in our Watsonville TEC Program. The students have given me insight into how their young generation feels about technology and computer science stereotypes. What I’ve learned from these young people doesn’t always match what I’ve found in published research, and I’m very intrigued by this discrepancy.

What the Research Shows

Research shows that gender and social stereotypes associated with computer science are substantial barriers for underrepresented populations wanting to learn more in these fields. For example, an article by NCWIT outlines that girls who are interested in computers often opt out of computer science classes because they would feel uncomfortable being the only girl in the class.

Despite the efforts made by some tech companies and other organizations to promote equality, a relatively low number of people seek an education in computer science and have the appropriate skills to fill the growing number of available tech jobs.

Just How Recent Is "Recent"?

When reading about programs for youth that are designed to debunk computer science stereotypes, I notice that findings are often referenced from studies that were conducted ten or more years ago. I was repeatedly told in college that research is “recent” or “relevant” if it was published within the last ten years, but how can that be true? That’s a huge window of time considering the rate at which technology advances. It’s hard for me to believe that a study published in 2005 about youth and technology could be recent enough to be fully relevant today.

Within the last ten years society has witnessed a vast increase in technological capabilities and a growth in the number of personal technologies available for consumers. Cell phones have evolved from flip phones into smartphones with touch activated assistants, the iPod nano caused the death of the iPod mini, and many people have trouble remembering Google’s humble beginnings as a small search engine operating out of a garage.

A Life of Incalculable Glamour!

The tech industry has become so competitive that companies have become campuses that foster creativity and offer amenities such as free food, laundry services and game rooms to attract as many computer programmers as possible. This glamorous lifestyle seems to stand in stark contrast to the concept of computer scientists being lonely and isolated, which is one of the noted stereotypes said to drive students away from technology careers.

In a world where there is an app for everything, it’s easy to forget that fewer than ten years ago there were no apps for anything. Moore’s Law, which has held true for decades, states that the capabilities of technology double every two years. If technology is evolving at such an accelerated pace, should we wonder if the stereotypes associated with the people involved are also changing rapidly?

The  aging terms “geek” and “nerd” are still frequently used to describe people interested in computer science careers. But when I talk with high school students today, it seems as if these words have experienced a generational shift from being insults to being admirable or sought-after qualities.

In fact, many of the elementary school students I work with have never even heard of these words, let alone have definitions for them. Because the ideas are so fresh for them, their perceptions about geeks, nerds and gender stereotypes are easily influenced. When educators or parents define these words or talk with young students about computer science careers, they run the risk of introducing descriptions based on past experiences and outdated societal biases.

There is a lack of relevant and recent research that focuses on how students conceptualize computer science stereotypes and how these ideas change over time. Without knowing their current attitudes about people interested in computer science, we cannot be certain of the best way to talk to students today about these careers. If we talk about being geeky like that’s a bad thing, or push the idea that “girls can program too!” we run the risk of perpetuating harmful stereotypes that students might not have otherwise associated with career paths in technology.

This Is the Moment

A recommendation I want to make based on my experiences thus far is not necessarily to revamp the way research about youth and computer science stereotypes is conducted, but to check more frequently with students about their opinions and ideas. If researchers are up-to-date not only on what students think the stereotypes are, but on how their opinions about stereotypes are most strongly influenced, then programs and curricula can be improved. We can interest more students and tackle negative stereotypes in an appropriate way.

There is currently a push to make computer science classes more available, attractive and relevant to students nationwide. I wholeheartedly applaud these efforts! However, at this very moment in time, when computer science still remains right on the verge of widespread integration into school curricula, we have an extraordinary opportunity to reassess how stereotypes develop and are influenced over time. This will be one of the best ways to ensure that future pedagogies stay relevant in a fast-changing world.

Julie Adams is a Research Assistant at ETR and is currently working on a number of projects focused on youth and technology. She can be reached at julie.adams@etr.org