Last month, I attended the annual conference of the Society for Social Work & Research (SSWR) in Washington, DC. I saw some dear old friends and colleagues, attended a few lavish university receptions (free crab cakes, anyone?), and heard some great presentations on new science in the field of social work. But one session stands out—the launch of the Grand Challenges for Social Work Initiative. 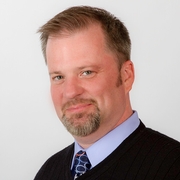 Recent publications have focused our nation’s attention on ensuring the safety and well-being of transgender students. We have been encouraged to safeguard their full access to all educational programs and activities.

In their “Dear Colleague” letter of May 2016, the U.S. Departments of Justice and Education have issued clear principles designed to “help ensure that transgender students enjoy a supportive and nondiscriminatory school environment.” In July, the California School Board Association released “Updated Legal Guidance” to help California school districts move from principle to practice.

Many (but not all) school districts are endeavoring with great sincerity to turn these principles into policies and procedures. However, they quickly encounter a significant technical barrier—the sex-binary nature of Student Information Systems (SISs). These databases are commonly used by districts to house students’ demographic information, attendance, class schedules, grades and other performance indicators.

Given this new guidance on transgender students, there are at least three basic functionalities that are immediately needed in the SISs used by Districts across the country.

First, we’ll need a place to document a student’s gender identity. To my knowledge, historically as well as presently, SISs have included exclusively binary sex variables (i.e., with “male” and “female” options as the only choice). None includes a gender identity variable.

The proper documentation of gender identity necessitates, at minimum, the addition of a third category in the sex variable, as well as a multi-category gender identity variable. The latter could include a number of identity categories based on the constantly developing set of terms that seek to encompass the full diversity of the gender spectrum.

I realize some districts might decide to start by including three gender identity categories (e.g., cisgender, transgender female-to-male and transgender male-to-female). However, these terms are themselves reflective of a binary way of thinking about gender, and young people have already moved far beyond that model. I believe districts will be best served by allowing transgender and gender-expansive students to use and document their own terminology (e.g., genderqueer, bi-gender, demiboy, demigirl, pangender and others).

Second, if a student is noted as being transgender or gender–expansive , we need a place to document that student’s preferred name. Some systems already have a variable that could address this need, being previously set up to accommodate a student’s “also known as” name (e.g., “Bobby” for Robert). However, it would be beneficial to have an SIS variable intentionally dedicated to storing a transgender student’s preferred name (e.g., “Suzie” for Robert).

Third, we’ll need a place to document the student’s pronoun preferences. Again, I’m pretty sure that no SIS currently includes a place for this specific documentation. And again, I think many people see the issue of preferred pronouns through a binary lens.

For example, they assume a student assigned male sex at birth who now identifies as female should be referred to as “she” and “her”. That assumption may be incorrect. I’d like to see districts allow students to identify their own custom pronouns.

Vital to the Effort: Safeguarding Confidentiality

We’ll also need technical measures and dependable practices that safeguard students’ right to privacy. We must ensure that schools comply with FERPA, the federal law governing the confidentiality of educational records.

For example, a student may not want the school to disclose their transgender status to parents. While we want to encourage connectedness between students and families, we need to respect students’ wishes in this regard. The consequences of family disclosure before a student feels ready can be severe, including loss of student trust in school staff, anger or violence on the part of families, or students being thrown out of their homes.

For this reason, a school may be calling a student “Suzie” at school but need to make sure “Robert” is listed on the report card. Student Information System functionalities can help, but in these situations we will rely mostly on human beings to make sure confidentiality is maintained and privacy is secured.

I unequivocally support the principles laid out by the U.S. Departments of Justice and Education. At the same time, I cannot help but feel rather daunted by the demands of their practical implementation. These will be challenging issues to work out.

To be absolutely clear, the burden of implementation ultimately lies with districts and their schools. The prospect of complex and nuanced implementation can never be an excuse for lack of action.

So we must work hard to make these principles real across the nation. But let’s not leave it all up to the Districts. Let’s start by challenging the companies that develop and sell SISs to make needed adjustments now.

John Shields, PhD, MSW, is a Senior Research Associate at ETR. He has led the implementation of many evaluation and research projects in partnership with local, state and federal organizations. He has also worked with a number of districts on programs to reduce sexual and gender-based harassment and improve school climate. He can be reached at johns@etr.org.