Stealth Recruitment: A New Way to Bring Diversity to the Tech Field

Much of the funding that ETR’s Youth & IT Team has received over the past 10 years has focused on creating diversity in science, technology, engineering and math (STEM) education and the STEM workforce. These grants have often focused on middle school. This is a critical time in a student’s education where we see that underrepresented students, such as girls and Latino/a youth, often lose interest in math and computer science classes.

Stealth Recruitment: A New Way to Bring Diversity to the Tech Field

Much of the funding that ETR’s Youth & IT Team has received over the past 10 years has focused on creating diversity in science, technology, engineering and math (STEM) education and the STEM workforce. These grants have often focused on middle school. This is a critical time in a student’s education where we see that underrepresented students, such as girls and Latino/a youth, often lose interest in math and computer science classes. 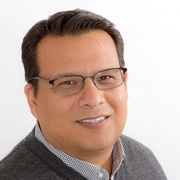 ETR’s Science Department has conducted many longitudinal studies, on topics ranging from health behaviors to computer science interests. We’ve usually surveyed students in class or online, and often our biggest challenge is just getting a consent form signed and returned by the parents. Once we have consent, we work with the students, gather and analyze data, and write up the results.

The Math Pathways project is different because it involves gathering detailed information from mothers and students, as well as teachers. The goal of the study is to gather information that can be used to increase mathematics achievement among Latino students. We needed to meet individually with both the mother and the student outside of class. This created some challenges that helped us learn a lot more about the lives of these students and their families.

We located the project in a rural town on California’s central coast. The population is predominantly Latino, and most adults work within the agriculture-based economy.

This is a population that’s not economically stable. They often live in temporary housing, and all kinds of things about their lives change frequently. We find phones have been shut off, or we call some of the numbers at all different times of the day and they just ring and ring.

The demands of the farmworker industry have a huge influence on parents’ availability. In many cases, from sunrise until nine or ten at night, the mothers simply aren’t in control of their own time. They don’t know when they’ll be available and have a hard time committing to a particular appointment.

I had a meeting scheduled with a mother the other day and she was unable to make it because her boss asked her to work late. I imagine she couldn’t say no—she needed the extra money, and she needed to look good as a worker.

For many of these folks, the harvest is the only time they will be securely employed all year. I went to survey one of the mothers last night at the migrant camp. As I was leaving, I told her I’d be following up in October or November for the next survey. She said they might leave the camp as early as the beginning of November—she doesn’t know when the harvest will end, and the family has to leave the camp once that happens. There will be no way to reach her after that if she doesn’t return in the spring.

I’ve seen how much the parents care about their children’s education. I’ve also seen the incredible frustration they experience in trying to give their kids support. Often, parents can’t help their children with homework. They may not have the necessary literacy or learning skills. They may not be home during the hours the kids are awake. The parents may have learned math by a different system in Mexico and find their child’s exercises confusing.

I believe Math Pathways will yield data that can better inform teachers and administrators about how much these parents care about their children’s education. Even if they can’t come to classrooms or parent-teacher meetings, even if they’re not responding to teacher communications, they do care.

The parents we’ve surveyed want their children to have a better life. They’re concerned about the cycle their family is caught in. They don’t have the knowledge or resources to support their children. Their kids are likely to grow up underserved by the educational system. They’ll miss opportunities just as their parents did.

I hope the work we do in Math Pathways will be one step in the effort to break that cycle and open up opportunities for these children and their families.

Eloy Ortiz, MURP, is a Research Associate at ETR. He has been the research coordinator for multiple projects focused on increasing the computer-science educational attainment of Latino/a youth in Santa Cruz County. He can be reached at eloyo@etr.org.

The Math Pathways project, funded by the National Science Foundation and carried out in collaboration with Florida Atlantic University, aims to track attitudes and behaviors concerning education generally, and math education specifically, in Latino families as their children move from fifth through seventh grade.