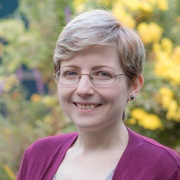 Fall has begun. You know what that means: it’s flu season!

Are your students, clients and patients going to get their flu vaccine this year? There’s a good chance they won’t. In the 2015-16 season, the CDC reported that only 42% of adults, and 59% of children 6 months to 17 years, got their flu vaccine. Part of this reluctance may stem from the larger social movement and controversy within the public health and medical fields, vaccine hesitancy.

Often referred to pejoratively in the media as the “anti-vaxx” movement (and its followers as “anti-vaxxers”), vaccine hesitancy refers to a spectrum of beliefs ranging from refusing all vaccines to accepting all vaccines but feeling unsure about doing so.

Research-proven strategies will help persuade some parents and guardians, but not all. Rather than attempting a one-size-fits-all approach, I believe we as public health professionals must work toward a greater mutual understanding between concerned parents and concerned healthcare providers.

Vaccine hesitancy has had a much longer history in America than most people realize. Benjamin Franklin was an outspoken anti-vaccination campaigner who later amended his views after the death of his four-year-old son from smallpox. He said, “I long regretted bitterly, and still regret that I had not given it to him by inoculation. This I mention for the sake of parents who omit that operation, on the supposition that they should never forgive themselves if a child died under it, my example showing that the regret may be the same either way, and that, therefore, the safer should be chosen.”

Our current trend of vaccine hesitancy is due in part to a 1998 article in the Lancet. This paper, authored by Andrew Wakefield, suggested a link between the MMR vaccine and the onset of autism-like behavioral and developmental problems in children. Despite the study's small sample size and uncontrolled study design, as well as the highly speculative nature of the claims, the article drew world-wide attention. It was promoted regularly on media broadcasts.

MMR vaccination rates dropped following media coverage. Epidemiologists scrambled to undo the damage Wakefield's article had created. In 2010, the Lancet retracted Wakefield's article due to ethical violations, scientific misrepresentation, and fraudulent reporting. In 2001, Mr. Wakefield resigned from his position at the Royal Free Hospital Medical School in London. Nine years later he was stripped of his medical license. However, these events were largely ignored in the popular media, while the original article continued to receive ongoing attention.

Many of the concerns of vaccine hesitant parents center on a fear that vaccines cause autism, either directly by mercury poisoning (via usage of thimerosal as a preservative), or because many vaccinations overwhelm the immune system and lead to autism-like behaviors or autism. Compounding these fears are the often highly-publicized news reports of extremely rare but serious adverse reactions to a vaccine, which in turn contribute to public distrust of vaccination. Risk perception also plays a significant role in vaccine hesitancy; for instance, perceived risk of catching whooping cough is down precisely because vaccination has made whooping cough less common.

Vaccine hesitancy is at the nexus of a variety of fears and concerns about health: concerns about safety, distrust of large corporations and governmental regulatory agencies, the extent of our control in our health care, and, perhaps most importantly, the desire to make educated decisions that protect ourselves and our children. As public health professionals, we face a dilemma when meeting vaccine hesitant parents. We know that vaccination is the most effective means of preventing infectious disease and maintaining both community- and population-level health, but we must also be cognizant of and work with our patients’ thoughts, feelings and attitudes about their health.

Strategies for Society at Large

There are several suggested ways to work with vaccine hesitant parents both on an individual scale as well as on a societal level. Due to the nature of risk perception and the role of media in magnifying parental concerns, journalist David Ropeik, a specialist in risk-perception and communication, suggests society at large push policy and legal changes to make it more likely that parents will immunize their children.

Ropeik acknowledges that controversies can quickly become heated when vaccine hesitancy is addressed with policies and laws. He suggests that public health workers tread gently so as not to threaten those who are hesitant.

In general, these sources all suggest healthcare providers should:

As public health professionals, we know that confusion regarding health is easy to come by. Is butter better, or margarine? Is caffeine harmful? What about diet sodas? Eggs? Antiperspirant? What is the merit of detox, blood-type and other fad diets? Vaccine hesitancy often falls on this list as well.

Although we may feel frustrated at parents who don’t vaccinate, it is important to realize that these decisions come from parents wanting to do better for their children. It is my hope that we, as a field, can use our collective knowledge and skills to respond to these concerns in a sympathetic and educative way.

Just as each family and its system of beliefs are distinct and unique, our range of solutions must be thoughtfully and uniquely tailored. If we can gain a better understanding of why a given parent makes decisions about childhood vaccinations, this has the very real potential to save lives.

Katy Casselman, an MPH candidate, is a Research Assistant at dfusion, a company that uses technology and innovation to support science-based behavior change and learning. She can be reached at katy.casselman@dfusioninc.com.