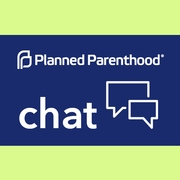 “Meet people where they are.”

As sex educators we spend an enormous amount of time talking about this concept. It might mean starting with the basics, but it also means bringing interventions to folks, not just expecting them to come to us. That’s why Planned Parenthood developed and evaluated Chat/Text.

On average, a young person spends 8-10 hours per day on a mobile device. So regardless of our feelings about whether phone-based interventions are ideal, we must take this opportunity to reach young people in a space they’re already in. Mobile is where youth go when they have a question, when they’re worried, or when they need help.

However young people manage to find us, they are connected to one of our 25 educators. These educators use established behavior theory and communication science to answer questions. They make sure users have a plan of action before they finish up. Educators are trained to answer questions about a wide range of sexual health topics, but most often address pregnancy, birth control, emergency contraception, abortion and STDs.

Since the inception of the program in 2010, we’ve had over 800,000 conversations—an average of 20,000 conversations every month. Users come from all across the United States. About a third of the people we chat with come back to ask another question, anywhere from one day to several years later. Over time, our user demographics have been fairly consistent. About 75% are 15-24 years old, 90% identify as women, and 45% identify as people of color.

In every conversation, we lead folks through a science-based protocol. We start by using language steeped in communication science to establish trustworthiness and expertise (two of the three key components necessary to effectively convey a message). Then we connect the user’s need to a relevant health care service at a Planned Parenthood health center (bringing in the third component—accessibility).

After this, we move into the public health component. We bring up STD testing and birth control options tailored to the population segment we’re talking with.

Finally, we move into the intention-setting component. We ask users to type out their plan after this conversation. Then we troubleshoot with them any obstacles that may get in the way of their plan. With countless studies informing this protocol here and W. J. McGuire’s chapter on “Attitudes and Attitude Change” in the third edition of Lindzey & Aronson’s Handbook of Social Psychology),  we felt strongly that our intervention was changing behavior. But then we decided to go out and prove it.

Finding Out: Does Chat/Text Change Behavior?

Working with research partners from New York University, we conducted a randomized controlled trial (RCT)—the “gold standard” for evaluation studies—to examine the effects of the intervention. We measured effects immediately after chatting, as well as 10, 30 and 90 days later. We recruited 3,334 participants, most through the Planned Parenthood website, with some additional folks through digital marketing.

The entire study was conducted online. The three outcomes we were most interested in were: (1) scheduling an appointment, (2) visiting a health center, and (3) using a highly effective form of contraception. Participants had to identify as female, be between 15 and 24 years old, and have had sex within the last 30 days. We limited the study to individuals who hadn’t previously used the Chat/Text service.

Participants were randomized to one of three arms. One group simply took the baseline survey. Another used the Planned Parenthood website. The third used Chat/Text.

Group #1, the survey-only group, essentially established a comparative community sample of people willing to participate in online research for Planned Parenthood. Group #2, the website group, was treated as our control. The resources they used are those that would be available to users if Chat/Text didn’t exist. Group #3 participated in Chat/Text.

We screened 26,230 potential participants and 40% of them met the eligibility criteria. Of those, half consented to participate in the study. There were no systematic differences between those who consented and those who didn’t. We found group equivalence across all three study arms (that is, the groups were similar in terms of demographics and background), and we saw no effects of social desirability in responses (that is, participants were giving true responses, not those they believed the researchers wanted to hear).

We then conducted a “contamination analysis” to identify individuals in the web arm who also used Chat/Text during the course of the study. At 90 days, 12% of the web group had done so. These participants were eliminated from the results shown below.

The demographics of the sample reflect both our patient population nationally as well as general Chat/Text users not enrolled in the study. About half were people of color and almost 70% were low-income. Interestingly, participants in the chat arm behaved like typical program users, but participants in the web arm spent more time than a typical website user and looked at more web content.

This actually set a higher bar for results. And, if you’re a statistics fan, you might like to know that we used robust regression modelling with Huber-White robust estimation and a range of covariates (age, maternal education, marital status, pregnancy status, and ethnicity). In non-technical terms, this means we compared the ways outcomes differed by study arm, controlling for the variables.

Participant Feedback: They Liked It!

Looking at the folks in the chat arm specifically, we found 94% were satisfied with their experience, with 59% of them strongly satisfied. Over 91% agreed that “After chatting I feel more confident I can deal with the main issue I chatted about,” and 62% of these folks strongly agreed.

Yes! Perhaps by now you realized this was coming.

Finally, we looked at differences in contraceptive use. We found Chat/Text users were significantly more likely to use a condom alongside a more effective form of birth control (like the pill or IUD). That was a 5% difference compared to the website control group. We also found that Chat/Text users were significantly more likely to know about the most effective forms of birth control (the implant and IUD)—nearly three-quarters (73%), compared to 65% of the control group.

We also found differences in willingness to use these highly effective methods when comparing the Chat/Text arm to the community sample. Some 59% of Chat/Text users were willing to use these methods compared to 55% of the website arm and 52% of the community sample. However, when we examined this further, we found Chat/Text users were not significantly more likely to actually obtain an implant or IUD. There are many potential reasons for this which we hope to explore in the future.

You can find planned Parenthood’s Chat/Text anytime by…

Nicole Levitz, MPH, is Associate Director of Digital Health Education at Planned Parenthood Federation of America. She can be reached at nicole.levitz@ppfa.org.