But for me, one of the most persuasive is simply that girls and women deserve the freedom and opportunity offered by access to STEM fields.

Read More about Parent Engagement: Key for Girls in STEM 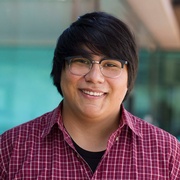 Every year, the National Science Foundation (NSF) hosts a unique virtual event—a week-long STEM for All Video Showcase. In the videos, Principal Investigators, practitioners and researchers describe federally funded projects that seek to improve and innovate within STEM education. The brief videos are posted and viewed globally.

Participants, their students and colleagues, the general public—anyone, really—can watch, like, comment on and share the videos. These interactions often spark discussion and potential collaborations across the U.S. and around the globe.

Family Code Nights are free, fun events that are happening in elementary schools across the U.S. Children and their parents or guardians work through an Hour of Code activity together. We had wanted to expand this wonderful family coding opportunity to a broader segment of our community. Along with our partners, we brought to fruition the first ever Spanish Family Code nights. Offering this experience in a Spanish-language format engaged many children and families who could not have participated fully in an English-only event.

Being part of this event was a wonderful experience for me personally. As a Latino with Spanish-speaking parents, I know the important role language played in my parents’ decisions about attending certain school events. My parents have always tried to support my education and interests, but if they felt that Spanish wasn’t going to be spoken at an event, whether it be a back-to-school night or an informational meeting on an upcoming field trip, they wouldn’t bother going.

I’m sure many other Spanish-speaking families feel the same way. Making our Family Code Night event Spanish-focused gave parents the ability to learn about topics of interest to their children.

Another great thing was seeing families learning about computer science concepts together with their children in a way that was fun and engaging. Often, computer science is made out to be like writing in an alien language to make a computer do some grandiose task. This event showed that those grandiose tasks are really made up of smaller, simpler tasks that anybody can understand.

Having the opportunity to reflect and share one’s work is rewarding on its own, but recognition doesn’t hurt! Out of 242 submissions, our video was voted #1 by Presenters (garnering us a Presenters’ Choice award) and ranked 13th in most discussed (audience engagement in the comment section). If you’d like to see our video at the NSF Video Showcase site (along with the discussion segment and a chance to view other videos in the Showcase), you’ll find it here.

David Manuel Torres is a Research Assistant at ETR. He studied Cognitive Science at the University of California, Santa Cruz and learned during his studies that he enjoys working with data. He can be reached at david.torres@etr.org