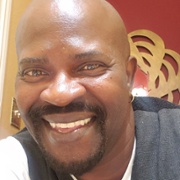 As I was preparing this blog, I pondered several different angles and went through countless drafts of each. So, I decided to write a piece hopefully to bring attention to the importance of testing and awareness of HIV.  The reason being that I am an African-American same gender loving cis male whose birth certificate says “Negro” for race. Being born in the South in 1960 and surviving just that long can be considered a triumph. However, when it comes to HIV/AIDS, I have seen so many friends, colleagues, and relatives die from the disease, especially prior to 1995 - but countless more even after that.  Therefore, my perspective on the National HIV Testing Awareness Day is unique, to say the least.

The first HIV Testing Awareness Day, on June 27, 1995, sought to encourage people to get tested to know their status, connect to sources, and to get care and treatment. Toward the end of 1995, over 500,000 people were reported to the CDC as having the acquired immunodeficiency syndrome (AIDS) and a little over 300,000 had been reported as having died.

Now, prior to 1995 which seems so far away (26 years ago), I sadly remember the AIDS epidemic...all the way back to the year 1985 when there were rumors on the university campus of individuals who had contracted the “plague virus” as it was called then. The term HIV was not being used at all, especially in black (African-American) communities in the South.  It was certainly sudden death, and many died because of religious rhetoric, conspiracy theories, and conflicted facts as scientific information was not readily available in the African-American community during the ‘80s and ‘90s years. Individuals in large numbers who knew they were at risk and were sick with pneumonia and/or other opportunistic infections did not go to the hospital. There were so many African-American males who died only to be diagnosed with AIDS after their deaths.

In 1995, the FDA approved the first protease Inhibitor. Considered a “wonder drug,” it was a renewed hope both for many who were barely holding on to life and for those newly diagnosed with HIV. One year later, in 1996, for the first time in years, HIV/AIDS was no longer the leading cause of death for all Americans ages 25-44. However, it remained a leading cause of death of African Americans in this age group.

It is interesting to write about the late 1980 and 1990 HIV/AIDS numbers and facts but observing it all up close is something totally different. Observing what is going on in your own community compared to what is going on nationally is like living on a small island in the middle of the ocean hundreds of miles from the mainland that the island belongs to.

Now here it is - the year 2021, and there are all different types of awareness days for most cultures and groups, including numerous HIV Awareness Days. This is good, and it is extremely important that these HIV “Awareness Days” are in place and observed. But there is only one day that is labeled National HIV Testing Day and only one National Transgender HIV Testing Day.

With all that has positively happened in the fight against HIV/AIDs, sadly today this one fact remains, and that is that African Americans, more than any other race, continue to have the highest rate of HIV in the nation.  Although just 14% of the U.S. population, blacks account for nearly half of those living and dying with HIV and AIDS. Among African Americans, gay, and bisexual men are the most affected followed by heterosexual women. Therefore, when I think about National HIV Testing Day, I think about how we all can work to cement the importance of testing in every community at the intensity needed to reduce the numbers of preventable infections and death in every community.

30 Years of HIV in African American Communities: A Timeline (cdc.gov)