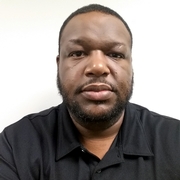 Today is December 1, also known as World AIDS Day. Every year on this day there is a temporary global shift in attention to reflect on the impact of Human Immunodeficiency Virus (HIV) and Acquired Immune Deficiency Syndrome (AIDS). In the United States, the day is marked by observances, reflections, tributes, concerts, ceremonies, memorial services and themed awareness-raising events.

Although these figures suggest despair, there have been significant advances since the first AIDS diagnosis in June 1981. The theme for this year's observation is "Focus, Partner, Achieve: An AIDS-Free Generation," noting the shift from widespread hopelessness to the eventual eradication of HIV.

In every racial and ethnic risk group, with the exception of African American/Black men who have sex with men (MSM)—and, more specifically, young MSM—there have been marked declines in annual HIV incidence rates.

This reduction is attributed to a bio-medical response. Early detection of HIV infection, immediate access to antiretroviral therapy, viral suppression and low community viral load have influenced a dialogue within the HIV treatment and prevention community that suggests "HIV Treatment Is Prevention."

Other advances include the recommended use of antiretroviral medication as a pre-exposure prophylaxis (PrEP) among persons and groups that continue to be at very high risk for acquiring HIV to prevent transmission of the virus.

Emerging data also suggests that in sero-discordant sexual encounters (sexual activity between a person living with HIV and one who is HIV negative), the risk of transmission is virtually eliminated when the person with HIV achieves viral suppression and viral copies are undetectable.

As we continue to monitor the alarming and disproportionate rate of HIV infection among African Americans/Blacks in the United States, and more specifically among Black MSM, primary HIV prevention efforts (routine HIV screenings, behavioral interventions and consistent condom use) are the strategy that has yielded the most effective outcomes.

On this observation of World AIDS Day, please join the ETR Community Impact Solutions team in taking a moment to pause and reflect on the HIV pandemic, the lives lost in the fight for a cure, the individuals living with HIV, the families that have been permanently fractured, the groups that continue to be at risk for acquiring the disease, and the communities that have transitioned from hopelessness to the promise of an AIDS-free generation. Thank you.

Alex Williams is a Project Coordinator with ETR’s Community Impact Solutions Team. He can be reached at alex.williams@etr.org.