A study has recently come out that has everyone in my field talking. I’ve seen posts about it in newsletters and blogs about it on social media. Announcements were made in all my professional networks. This new study shows that lesbian, gay and bisexual teens are more likely to experience a pregnancy than their heterosexual counterparts.

I was happy to see that this new research was getting people in my community talking about an issue I care deeply about: the health and well-being of youth—especially the health and well-being of youth who identify as lesbian, gay or bisexual. However, this is not new information. This research confirms something we have known for many years and is not, in fact, “shocking.”

The shock people are feeling, I think, is due to the fact that this study requires us to reflect on our own assumptions about the lives and sexual behaviors of young people.

Taking the Stigma Out of Adolescent Pregnancy and Parenthood: What Schools Can Do 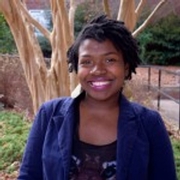 When you think about adolescent pregnancy, what’s the first thing that comes to mind? Most people think about the negative issues.

“Dropping out of high school.”

“Depending on government assistance."

Research shows that adolescent pregnancy alone is not the cause of these factors. Why, then, do the majority of prevention efforts use “victim blaming” approaches to address the issue?

A plethora of literature (here and here, for example) demonstrates the ineffectiveness of such strategies. Not only that, but they produce and perpetuate stigma about adolescent pregnancy and parenthood that is harmful to these parents, their children and their communities.

We can see an example of a victim blaming strategy in a 2013 campaign by the New York City Human Resources Administration. This adolescent pregnancy prevention effort consisted of five posters displayed on buses, subways and bus stops around New York.

One poster is of a black toddler. She is saying, “Honestly Mom … chances are he won’t stay with you. What happens to me?” The poster goes on to ask, “Are you ready to raise a child by yourself? 50% of teen parents don’t marry each other.”

This campaign labels adolescent mothers specifically as “other” in society—not making the socially responsible, intelligent choice of those adolescent females who delay pregnancy until adulthood. This type of messaging negatively affects how adolescent mothers view themselves. It also influences how they are viewed and treated by their peers and surrounding community.

Taking a Look at Stigma

Social scientists have described several components in the process of stigmatization. The first is labeling—the stigmatized group has a name (“teen moms”) to distinguish its members from those who are not in the group.

The second is stereotyping. This allows observers to link people given the label to beliefs in the dominant culture about the group’s undesirable characteristics (in this case, perhaps promiscuity or carelessness).

The third is separation—the labeled individuals are placed into their own distinct category, creating a perceived separation between “us” and “them.”

The fourth is status loss and discrimination. The labeled individuals do not have equal access to objects, locations, pastimes, education, employment or other features that influence their status and ability to contribute and succeed fully in society.

Finally, stigmatization depends on an exercise of power by those outside the labeled group, manifested by such actions as disapproval, rejection, exclusion and discrimination.

Stigma as a Cause of Health Disparities

Some scholars have argued that this process of stigma is a fundamental cause of health disparities in the United States, including those faced by pregnant and parenting adolescents.

Studies exploring these issues (here and here, for example) find that pregnant and parenting adolescents experience stigma in multiple sectors in society. They feel it at school, in medical offices and clinics, with social services, in the media and sometimes in the negative glares and even verbal assaults they receive in public.

As a result, pregnant and parenting adolescents report shame and guilt. This often leads to unhealthy coping strategies, including avoiding spaces where they feel stigmatized.

Think about this for a moment. A pregnant teen, to avoid judgment, guilt and shame, stops attending school. She skips her medical appointment. She doesn’t show up for her appointment with social services. She avoids mainstream and social media. She starts to isolate herself from friends and peers.

Wiemann and colleagues explored prevalence and correlates of felt stigma among teen mothers in a postpartum unit in Texas. Two out of five adolescents described feeling stigmatized as a teen mother. Predictors of felt stigma included being white; not being married or engaged; experiencing violence, criticism and social isolation from family and peers; and having aspirations to complete college.

What Can Schools Do to Intervene?

Pregnant and parenting adolescents experience unique challenges as they transition to and navigate within early parenthood. It’s important for school administration and staff to acknowledge this distinctive intersection of adolescence and parenthood. By law, adolescent parents are allowed to continue school while pregnant and return after their child is born. However, many pregnant and parenting adolescents find it challenging to stay in traditional high school settings during and after pregnancy, due in part to experienced stigma from peers and school personnel.

School settings can implement a number of strategies that destigmatize adolescent pregnancy and parenthood. These can make the school community something pregnant and parenting adolescents want to join, not avoid. For example:

Create a positive school environment. Schools can develop a moral focus centered on inclusivity of all persons, regardless of their social identities. Teachers, staff and school personnel can motivate students by modeling inclusive behaviors. They can hold regular assemblies to remind students of these values and recognize those who are a reflection of the moral focus.

Change language. School staff can practice using more positive terms to describe and interact with pregnant and parenting adolescents. When talking directly to parenting adolescents, avoid saying things such as, “You’re a young mother/father,” or “You’re a teen mom.” These phrases can imply judgment about the student’s age. Instead, say, “You’re a new parent.” When talking with school staff, avoid a phrase such as, “She/he is a delinquent.” Instead, say, “She/he is having difficulty attending class.”

Provide an advocate. It’s essential that pregnant and parenting teens have access to a supportive staff member. This person can serve as a liaison between teachers, staff, school personnel and the adolescents themselves. The presence of an advocate can help equalize power imbalances. It lets pregnant and parenting adolescents know they are not alone. It can also shift the way teachers, staff and school personnel interact with youth in a more positive direction.

Create a safe space. Create a safe space where pregnant and parenting adolescents can go throughout the school day. They may want to take a mental break, get a snack or pump breast milk (if they are breastfeeding). It’s also an excellent opportunity for them to talk with other adolescents who share some common experiences.

Offer recognition. Recognition is important for all students. Pregnant and parenting adolescents might be offered personal or public recognition for perfect attendance, obtaining a 2.5 or above GPA, or getting accepted to college. Such steps can encourage pregnant and parenting adolescents to continue on with their education, and they help change the way others view these youth.

Public Health: A Need for Research

The public health field has done considerable research to establish that distal factors, such as stigma, have negative impacts on health, and can be the fundamental cause of disparities and negative health outcomes. We also have limited research on the stigma associated with adolescent pregnancy and parenthood.

However, we have not done the research to determine which strategies can effectively remedy this issue. Moving forward, we need to expand our efforts to better understand how to evaluate the effectiveness of programs addressing stigma and other distal factors among pregnant and parenting adolescents.

Brittany D. Chambers, MPH, CHES is a doctoral student in Community Health Education at the University of North Carolina, Greensboro. She was also a Kirby Summer Intern here at ETR in 2014. Contact her at bdchambe@uncg.edu.