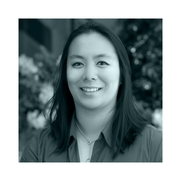 This summer, I have the fortunate opportunity to work at ETR with a group of intelligent, intriguing and passionate people. Just within this first week or so, I’ve met many inspiring minds who’ve come together in this organization with a common goal: making a difference in the fields of science, research and public health.

The atmosphere here inspires me! I’m even more determined to go after my goals of reaching out to the underserved and making significant contributions to these fields.

One of my specific interests is the current debate on whether to start treatment for people with HIV earlier, or later, than the existing standard. A few months ago, I had an assignment in an epidemiology class to write a grant proposal. This was a “demonstration” exercise to teach us about the complexities and demands of effective grant writing.

My group and I designed a study to determine if there was an association between early initiation of Highly Active Antiretroviral Treatment (HAART) in people with HIV and the development of neuropathy. We suggested starting treatment at 350–500 CD4 cells/mm3 (higher than the current cutoff of <350 cells/mm3).

My team believed that if this grant proposal were able to go into effect and the study was actually done, we could develop an etiologic framework linking neuropathy and HAART treatment at higher CD4 cell counts. Our hope was that the results would show the risks of developing neuropathy when starting treatment early were little or no higher than when starting treatment later. A finding such as this could change the field of HIV treatment. If we could demonstrate that the benefits of early treatment outweigh the risks, people living with HIV would be able to make more informed choices about when to start treatment.

Recently, NIH/NIAID announced results of the START (“Strategic Timing of AntiRetroviral Treatment”) study (summarized in this recent NBC news report). In many ways, this study mirrored the study my group had designed (of course, in a more extensive and complex way than a group of still-learning-the-process graduate students could!). START found compelling evidence that the benefits of starting HAART in healthy, asymptomatic individuals with CD4 counts above 500 cells/mm3 outweigh the risks.

As a graduate student pursuing my master’s in public health, I am passionate about this field of sexual and reproductive health. As I worked through the grant proposal process and then reviewed the findings from the START study, I’ve thought of a few issues I’d like to see be the focus of further research.

Cost of treatment: One particular problem that stands out is the cost of HIV treatment. During the literature search for my assignment, socioeconomic status stood out as a powerful social determinant. Many doctors do not offer the option of HAART to patients of lower socioeconomic status because they know they cannot pay for it. This lack of care for underserved populations due to monetary issues is alarming. This has been a consistent struggle, not only in the field of HIV treatment but all across the health care landscape. It is essential we make meaningful strides toward shrinking this gap in the future.

Bringing people into treatment: Another issue in the HIV treatment arena is how to get people tested so that they can start treatment. The negative social stigma of getting tested for HIV and other STDs is a hindrance. Many individuals are afraid to get tested for fear of judgment by others. Additionally, if they don’t have resources to pay for treatment, they may not see the point of testing. They may be unaware of the consequences of untreated HIV and other STDs.

Helping people stay in treatment: Starting treatment also leads to the issue of staying in treatment. This often comes down to the question of cost for care—lifetime care for HIV treatment is estimated to cost over $400,000 (in 2015 dollars). And this leads back to my first point regarding socioeconomic status and the expense of HIV treatment. These major issues in the field of HIV treatment are obstacles standing in the way of a healthier and longer-living society.

Education: A key to resolving these issues is education. Education can help reduce stigma. It can assure people that treatments will make a difference. It can provide effective guidelines for preventing the transmission of HIV to others. It can guide people to resources to help pay for their care. As a strong advocate for research-based HIV education, I am optimistic we can make a difference in the future.

With only a year left of graduate school, I’m grateful to have so many opportunities to explore my passion in research, whether in sexual and reproductive health or in other forms of chronic diseases such as cancer. Ultimately, I’d like to do research that makes a mark in the field of public health. And I also want to keep reaching out to the underserved populations who need and deserve proper health care and resources. I hope to see myself leading others in striving towards a healthier population, and I endeavor to create an example for others that supports continuing progress in the public health field.

Monica Sun is an MPH student in the School of Public Health and Tropical Medicine at Tulane University. She is also one of ETR’s 2015 Kirby Summer Interns. She has a particular interest in focusing on the health needs of underserved populations and looks forward to working with new and different populations during her internship at ETR.