This summer, I have the fortunate opportunity to work at ETR with a group of intelligent, intriguing and passionate people. Just within this first week or so, I’ve met many inspiring minds who’ve come together in this organization with a common goal: making a difference in the fields of science, research and public health.

The atmosphere here inspires me! I’m even more determined to go after my goals of reaching out to the underserved and making significant contributions to these fields. 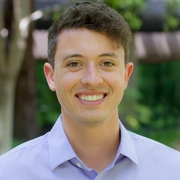 This is a common belief among parents—that HPV only poses a cancer risk for girls. The CDC, however, recommends girls and boys be vaccinated against HPV at age 11 or 12 (and, for those who miss that window, up to age 21 for males and 26 for females, or 26 for men who have sex with men).

Why would there be such a gap in beliefs about HPV vaccination for girls compared to boys?

The fact of the matter is that males are simply not getting vaccinated against HPV. As a result, they are rapidly becoming the largest cohort infected with HPV. Most men with HPV have no symptoms. This leads to a false sense of security and greater risk of infecting others.

Data from the 2013 National Immunization Survey-Teen (NIS-Teen) shows that while 57% of girls ages 13 to 17 have received at least one dose of the three-dose vaccine (and yes, we need to raise that figure), only 35% of boys that age have had at least one dose.

It appears that parents are not following through on HPV vaccines for boys and young men. Like my cousin, they seem not to know that males are supposed to receive the HPV vaccine. What has fueled this misconception? In my opinion, one influencing factor was how the HPV vaccine was marketed when it was first introduced.

The HPV vaccine was marketed heavily when the vaccine Gardasil was first introduced in 2006. The marketing message was, “Protect your daughter from cervical cancer. Ask your doctor about the HPV vaccine.”

These ads were an important source of education for the general public. But by 2009, when boys were included in the vaccination recommendations, much less commercial marketing was being done to inform parents.

Public health will always have issues about how to promote certain interventions, including vaccination. I am very passionate about how to better inform the public on ways to protect themselves from disease—including HPV in males. I’m looking forward to the day when, instead of saying, “Why? He’s a boy,” parents will be saying, “Oh yes. He was vaccinated last year. How about your son?”

William Spatafora is an MPH student at Tulane University and one of ETR’s 2015 Kirby Summer Interns. He can be reached at wspatafora39@gmail.com.