Parent Power: Get Sex Ed Out of the Closet! 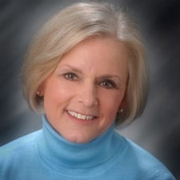 Are parents resisting comprehensive sex education in our schools? They’re certainly taking the rap for this. I still wonder why this is so when the polar opposite is true—parents are far more likely to be allies and advocates.

Too often, when it comes to sex ed, we fear parents rather than embrace them. I’d like to suggest a re-frame. Parents can be powerful people when we need support for effective sex education in schools.

First, however, let me self-disclose. I embarked on the work of supporting effective sexuality education more than a decade ago. When I did, it was in my role as a parent. After years of being a school volunteer, I landed a seat as the only parent on a State Department of Education committee reviewing a high school sex ed curriculum.

What good fortune for me! My membership on the committee was totally self-serving. I wanted to learn more for the sake of my two daughters, and I wanted to correct misconceptions from my own lack of early education about sexuality.

The discussions on the committee often focused on whether a particular lesson would cause controversy. After several meetings, I finally mustered the courage to challenge this fear-based approach. I suggested we drop our fear of controversy and instead move forward based on what evidence says works for students.

“My approach,” I explained, “is a novel one—common sense.” I believed that if parents had the same opportunity I’d had to learn what content in a curriculum best helped kids make healthy decisions, the average parent would be supportive. Many would become our advocates and allies.

Ironically, I realized I was parroting back exactly what I had learned on the committee. Fear-based approaches in sex education—those programs that are designed to control students’ behaviors through fear, shame and guilt—have done little to change behavior. Why aren’t we applying that same understanding to our committee work? “Data doesn’t lie,” I told them. “Let’s drop the fear!”

For decades, national, state and local parent surveys have overwhelmingly supported broader sexuality programming over the abstinence-only approach. This is a consistent finding in surveys from credible organizations and universities, using a quality framework for research design, published in reputable peer-reviewed journals. Over the last 20 years, parent surveys have shown parental support for comprehensive sexuality education ranging from 65–90%.

Let’s do the math. This means we could have as many as 9 out of 10 parents supporting our comprehensive approaches to classroom instruction. Hmm. What might happen if we actually invited parents into our classroom?

Michigan Tries It Out

Ten years ago, parents in Michigan received an invitation to be more involved in decisions regarding school-based sex ed programs. This came about because of a law requiring the establishment of a Sex Education Advisory Board (SEAB) with at least half of the members being parents of students in the school. Most schools did not view this law as positive, but again, the data doesn’t lie. These boards moved many districts that had been rooted in abstinence-only approaches to recommend more comprehensive and youth-centered abstinence-plus programming.

Further, the SEAB’s implemented the state’s local parent survey instrument (you can download a copy here). The opinions expressed gave further credibility to the voice of the parents on the committee. Most parents were supportive of comprehensive sexuality education.  For example, they wanted decision-making skills as early as sixth grade. They wanted classes to address STIs, risk reduction and contraception in middle and high school.

I’ve worked with SEABs in more than a quarter of the 500-plus school districts in Michigan. I can attest to the fact that parents want sex ed and lots of it.

By this point, I’m hoping you are with me. But you may be wondering about the best ways to actually reach parents. To me, the true secret is trust and relationship.

As Elsa Einstein once said, “I don’t understand my husband’s theory of relativity, but I know my husband and I know he can be trusted.” Once a parent knows and trusts you, full support for your work will usually follow.

These are the essential elements I’ve discovered over the years for connecting and building relationships with parents.

Somewhere along the line, it seems like parents started taking the blame for attitudes most of them don’t actually have. Schools and communities have talked about the parent who doesn’t care for so long, it’s become a self-fulfilling prophecy. In truth, both parents and teachers want young people to make healthy decisions over their entire lifetimes.

My own mission has been to get sex ed out of the closet. I’ve seen parents as the power brokers for this mission, and they have not disappointed. Could you use a little support for your work? Give parents a try! Let me know how it goes.

Barb Flis is the Founder of Parent Action for Healthy Kids. She is a published expert in advocating for children’s health and a mother of two daughters. She can be reached at barb@parentactionforhealthykids.org.