The Cost of the Closet: Reflections on Gay Men and National Gay Men's HIV/AIDS Awareness Day

Confinement has its costs. There are costs to being confined physically, emotionally, sexually, mentally or spatially for any period of time. You can often tell when people have grown up in isolation, or with little social interaction. They seem unprepared for social exchanges.

I have seen a version of this with members of the LGBT community. We grow up and discover that what we feel on the inside is seen as wrong in the larger world around us. We learn that who we are “goes against” religious and historical principles.

This can really do a number on you. 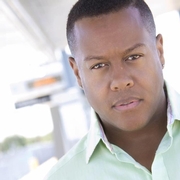 In honor of National Youth HIV & AIDS Awareness Day, we need to reflect on the advances youth themselves have made in the fight against HIV. I’m an advocate who works closely with the younger generation. I’ve been privileged to hear some remarkable stories about the steps they’re taking to get the word out.

Young people I know are sharing messages about prevention. They’re talking about the importance of peers knowing their HIV status. They may have limited knowledge about the scientific aspects of the virus.  Many lack the financial privilege to run a PR campaign. They still operate from a place of great passion.

It’s my belief that it is because of that passion we should take note of their tactics and incorporate them into our efforts.

I often wonder how well I would do as a youth of today. As I observe how young people interact and deal with the issues confronting them, I find myself revisiting my own years of growing up. I was raised in an era when messages were handwritten and sent via mail. Not email, but through an actual human courier. It usually took at least three days for one of my messages to get to the person it was addressed to.

I also remember when the stories about a new “gay disease” began filling the airwaves. The whole thing was confusing to me because gay wasn't something I fully understood, let alone knew I was. All I gathered from the visuals was that white men were dying and people were angry—very, very angry.

Social Media: Here We Are

Now, here we are. We exist amidst a sea of social media outlets that empower us with the ability to bring the world together. Because of that, we get to peek into the world of our youth like never before. Behaviors that some might label “reckless abandon” are nothing more than this generation doing in public what my generation did in private.

These youth are vibrant, free and unapologetically in-your-face. Through their own liberation, they are fearlessly challenging our older, more established thoughts on sexual imagery, cultural messages and sexual behaviors.

I will admit that some of the things I witness leave me a bit squeamish. At the same time, I envy young people’s ability to (mostly) live in truth. They are rewriting the narrative on sex. They’re creating spaces for all to be welcome. New labels like “sexually fluid” are becoming the norm. Although Generation X may be confused, Generation Y (The Millennial) is embracing the shift and moving forward.

It is because of this liberated mindset that young people’s place in the fight against HIV must be respected and welcomed. The lens through which they view the epidemic is completely different than for those of us who witnessed AIDS in the 80s and 90s. They have an unclouded and fresh approach that can reach their generation in a game-changing manner.

A Seat at the Table?

But what about those entities that continually ignore youth voices? Should they be made aware of their ignorance? Do they have a responsibility to allow youth a seat at the table?

I say yes! The only way to fully understand a demographic is by having them present and vocal. Youth need to be allowed to represent themselves and share their concerns in a manner that will produce action. Only then will we begin to see effective change in how HIV is attacked within their age range.

Of course, there are always challenges in working with youth. Is it realistic to promote abstinence? Should condoms be given out at schools (and if so, how young do we go?). How comprehensive should sex education be? Should sexuality education courses address the range of sexual identities and orientations expressed by young people?

Those are issues that communities need to flesh out—and quickly. And, as every community moves forward, processes of youth inclusion need to be developed within all aspects of HIV prevention.

Personally, I have grown weary of sitting with overly-educated adults who are detached from youth, but charged with creating youth-focused initiatives. The conversations are tiring and circular, with no forward movement.

That is why Karamo Brown and I created 6in10.org. Our goal is to turn around the “6 in 10” statistic plaguing gay and bisexual Black men—that 6 in 10 of these individuals may contract HIV by the time they’re 40.

We believe in the voice of youth, and we welcome any idea young people have that combats HIV. Youth are a vital part of our fight, and we hold them close. Through the creation of viral videos and messaging that break down barriers of HIV-related stigma, ignorance and shame, 6in10.org is striving to create a difference in how HIV is discussed among youth.

As we support NYHAAD, let us also watch and observe. It is young people’s time to shine! I am confident and secure that the current generation is going to be the one that shifts the paradigm and sees the end of the HIV epidemic.

Dontá Morrison is an author, HIV advocate and Co-Founder of 6in10.org. He can be reached at Donta@dontamorrison.com