"There Is an American Indian Working in This Section!" - Honoring National Native HIV/AIDS Awareness Day

I began working in HIV/AIDS Prevention in February 2007. At the time I had never heard of World AIDS Day, never mind National Native HIV/AIDS Awareness Day. That first year it slipped by me without my catching it.

But, by 2008, I finally knew about it. While everyone should know of World AIDS Day and why it is important, National Native HIV/AIDS Awareness Day is something very special. This wasn’t just another awareness day for which I would have to think up events. No, this day spoke TO me—it was ABOUT me! I am an American Indian from the Dumna/Kechayi Yokuts Tribe of California, even though I was born and mostly raised in Florida.

Anyone working in public health can tell you that awareness days, while special, also bring with them a set of challenges. You want to do something meaningful. To do something that will connect with everyone. To do something fresh and new every year. Otherwise the message gets lost.

It’s hard to continually come up with ideas for awareness days. Sometimes they only speak to you on a professional level. There’s not always a personal connection.

But for National Native HIV/AIDS Awareness Day, not only could I loudly proclaim to everyone in my Department, “Hey! Know what? There is an American Indian working in this section!” I could also take a very important message to the communities I knew and loved. Because one thing I knew very well: our American Indian communities in Florida were not getting the message about HIV and AIDS.

One of the biggest challenges of being American Indian in Florida—well, in the south, period—is the belief that we are not here. We have only two federally recognized tribes in Florida, the Miccosukee Tribe and the Seminole Tribe. When you ask most people about it, these are the only Indians we have.

In reality, the 2010 U.S. Census reveals that we have over 160,000 individuals in Florida calling themselves “American Indian,” making Florida ninth in the country in terms of American Indian population. While we aren’t thought of as “traditional Indian country,” our American Indian communities exist. And, as with any minority populations, health messages that don’t speak to them are not heard.

Initially, efforts for National Native HIV/AIDS Awareness Day provided a sharp learning curve for both sides. Those of us working in the Florida Department of Health had to learn about our American Indian people: where they were, who they were, and how to develop relationships with them. And our American Indian populations had to be helped to overcome generations of governmental mistrust. To be American Indian in the south means facing many unique challenges, including a long and troubled history with government agencies.

The word “discrimination” in the south conjures up very specific images for people, usually about the tensions between the Black and White communities. But that word also applies to our native people. Perhaps even more so, since they were caught between the two worlds of Black and White, yet welcomed in neither.

To be American Indian in the South is be heir to your ancestors’ amazing tenacity to survive. Colonization came fast and hard to Florida and other eastern states. Native communities here have experienced the negative impact of colonization over more years than the communities in traditional Indian country, such as the Midwest and West.

Florida’s American Indians were no different than others on the eastern seaboard. In many cases, they adapted in whatever way possible to remain on the lands.

Giving Us a Reason to Listen

But even with that heritage, HIV/AIDS is being felt among us. For far too long, mainstream HIV/AIDS prevention messaging missed us. The perception that HIV was a problem of outsiders or “the white gay man disease” was easy to believe.

With National Native HIV/AIDS Awareness Day, we had an incentive to listen. This day was for us, created by us, and now the “us” needed to learn. HIV/AIDS was no longer the ambiguous disease of the outside world. It was affecting our communities, even if we didn’t want to acknowledge or discuss it. 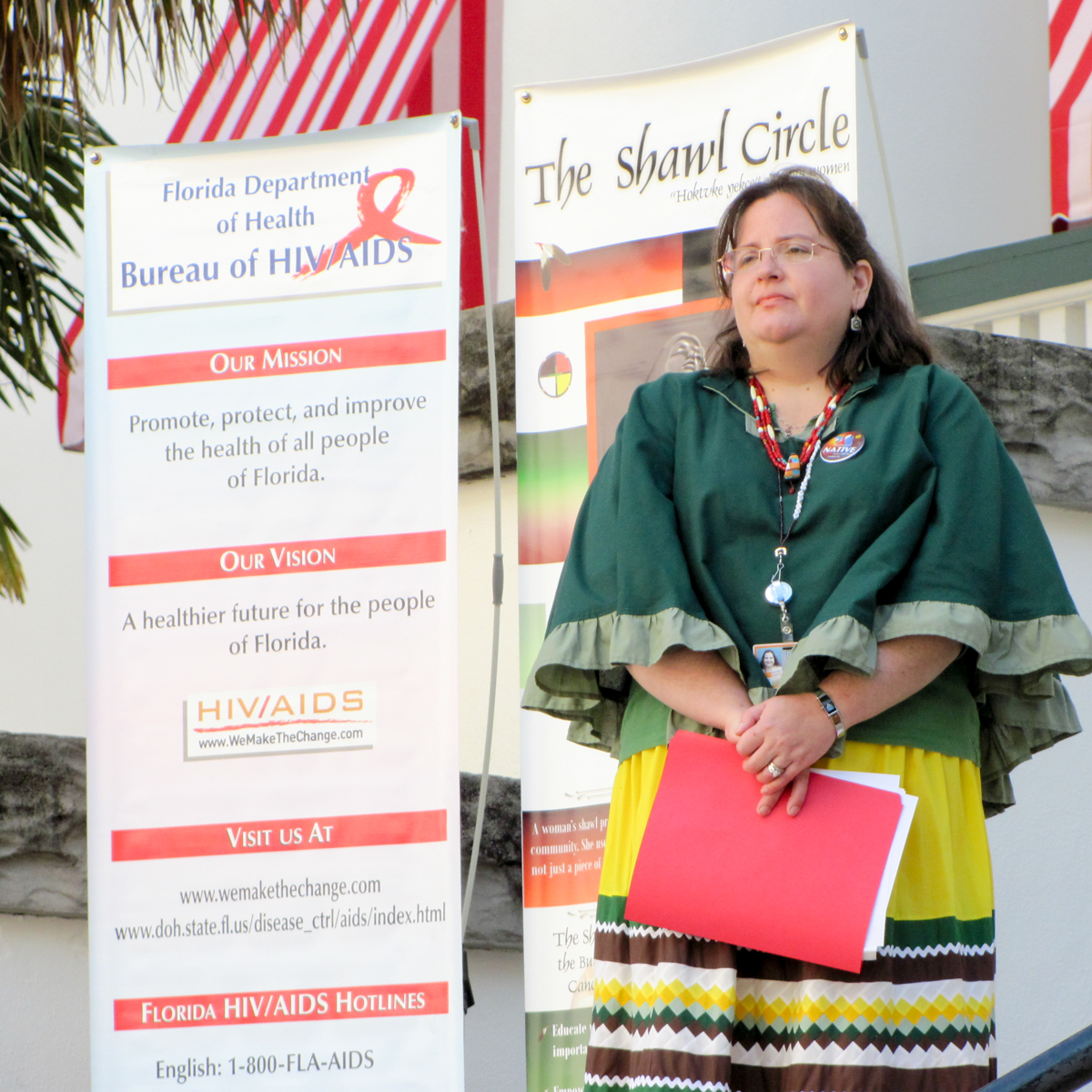 In 2010, two years after we started working with our native communities, developing our relationships and building trust, the Health Department began implementation of its first ever initiative specifically developed for American Indians. It’s called The Shawl Circle. This is now a national program, with other states modeling the project to their own native communities.

The work put into The Shawl Circle led to our amazing event for National Native HIV/AIDS Awareness Day that year. For the very first time, we had over 30 tribal communities at our Capitol building—well over 100 people. They came together to recognize National Native HIV/AIDS Awareness Day. They came out, while our Legislature was in session, to support the day, the importance of being tested, and the importance of knowing your status. 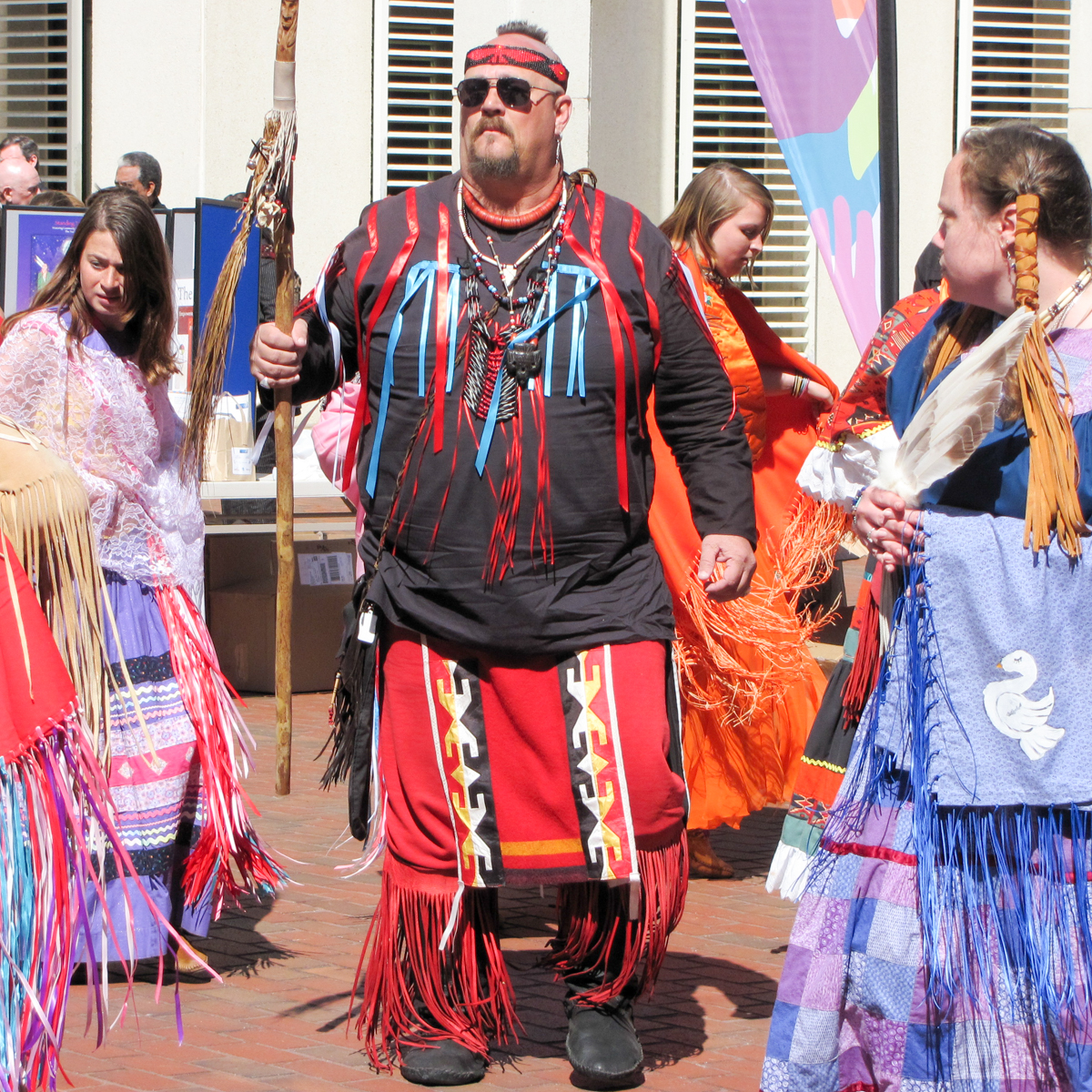 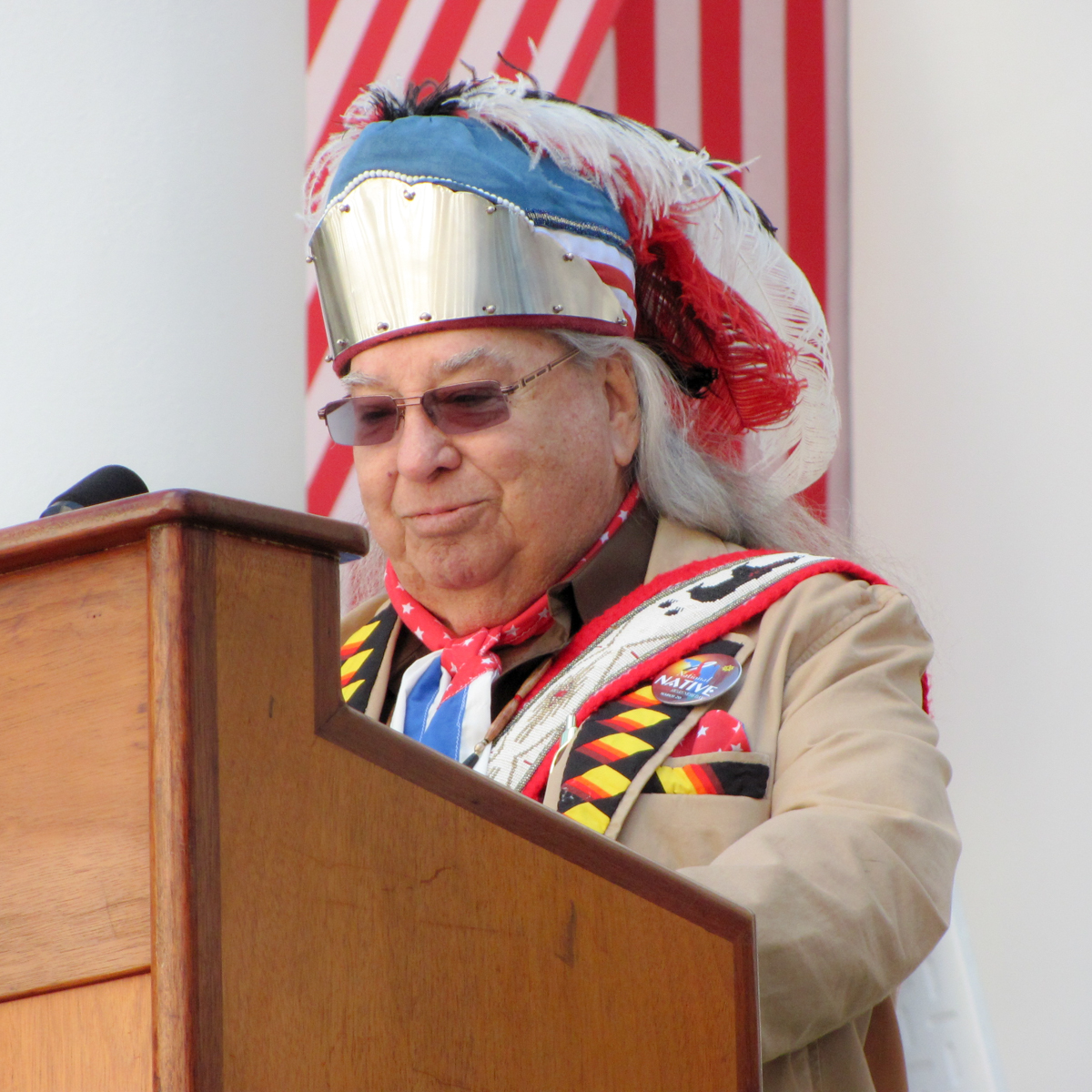 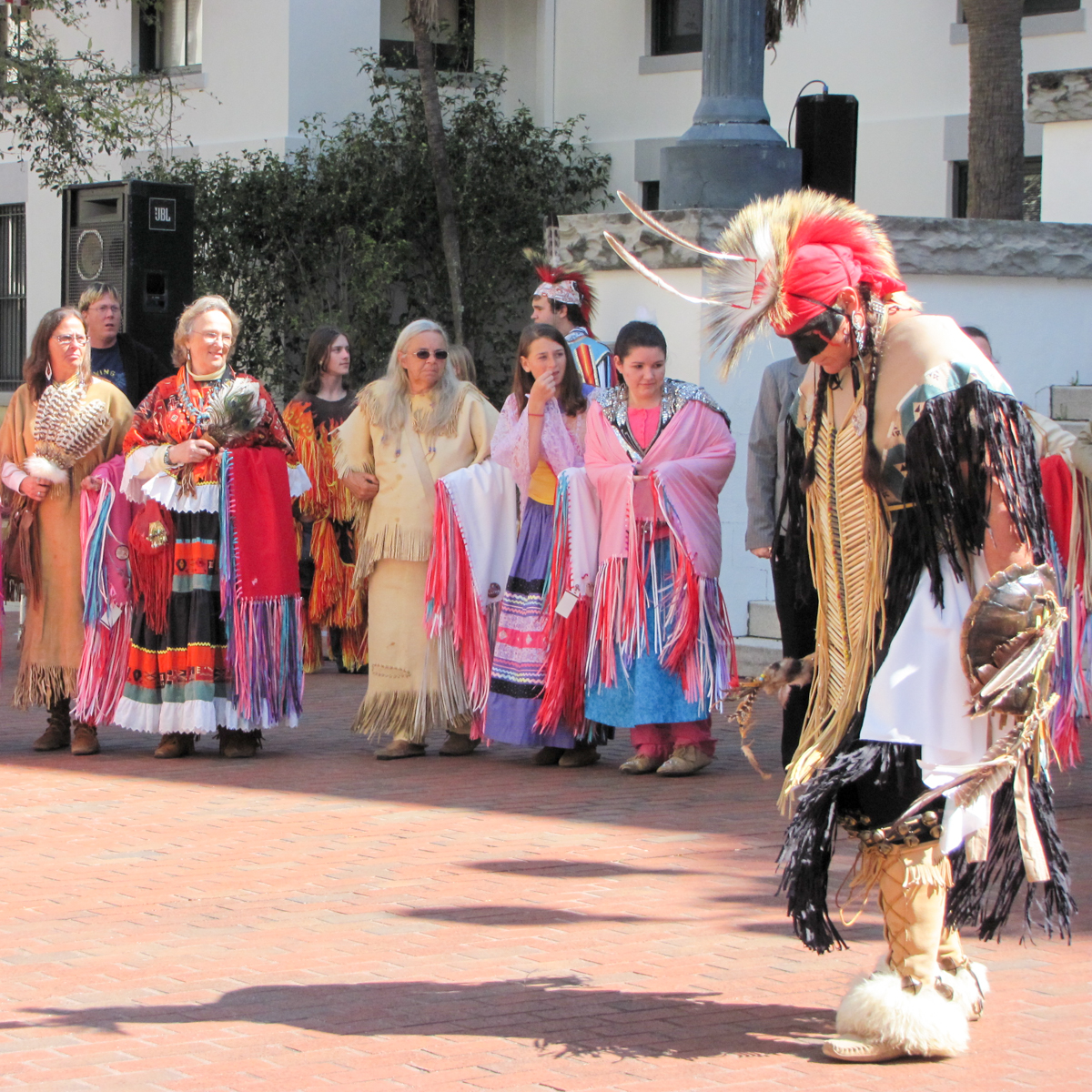 The people drummed and danced that day to acknowledge the impact HIV/AIDS was having on our native communities.  But now they understood how to protect themselves and support their brothers and sisters who had HIV. The beauty of their regalia, the pride on their faces at being welcomed at this governmental center which for so long denied who they were, the honor they bestowed on the Department by taking part in the day—it remains by far the proudest moment of my professional life.

Karen L. Parker-Simons is a Health Education Coordinator in the Florida Department of Health, Division of Disease Control and Health Protection. She is a descendant of Chief Tom Mas, who signed the treaty of behalf of the Cas-sons people at Camp Barbour, California on April 29, 1851. Karen is happily married to Jeff Simons and “mom” to two wonderful Pembroke Welsh Corgi’s, Violet and Magnus, who have no idea they are dogs. She can be reached at Karen.Simons@flhealth.gov.