"There Is an American Indian Working in This Section!" - Honoring National Native HIV/AIDS Awareness Day

I began working in HIV/AIDS Prevention in February 2007. At the time I had never heard of World AIDS Day, never mind National Native HIV/AIDS Awareness Day. That first year it slipped by me without my catching it.

But, by 2008, I finally knew about it. National Native HIV/AIDS Awareness Day is something very special. This wasn’t just another awareness day for which I would have to think up events. No, this day spoke TO me—it was ABOUT me! I am an American Indian from the Dumna/Kechayi Yokuts Tribe of California. Not only could I loudly proclaim to everyone in my Department, “Hey! Know what? There is an American Indian working in this section!” I could also take a very important message to the communities I knew and loved. 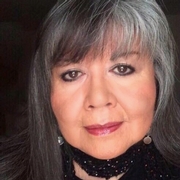 What will you be doing on the spring equinox this year? Like many others in American Native communities, on March 20, I will be honoring National Native HIV/AIDS Awareness Day (NNHAAD). This is an important day, both because of its history and because of what it reflects about the fight against HIV in Native communities today.

Indigenous peoples in the United States—American Indians, Alaska Natives, Native Hawaiians and other Pacific Islanders—have a long history of being treated as invisible by the general culture. This was true in the early times of this nation, and it was true in the early days of the AIDS epidemic. Sadly, this is continuing, even today. The risks for our people have not been accurately documented, and education for our communities has been inadequate.

Even our HIV/AIDS Awareness Day was established later than those of the other ethnic groups. It wasn’t until 2007 that a number of us working in the field of HIV prevention and health promotion were able to set up a national Native day of awareness.

This was an exciting process for us. Members of three organizations participated—the Inter Tribal Council of Arizona, the National Native American AIDS Prevention Council, and CA7AE (my organization, prounounced “kay-say” and standing for Commitment to Action for 7th Generation Awareness and Education). The CDC did not have direct funding to support the work, but they provided us with a contractor to assist our efforts. They also allowed us to use some existing program funds to develop and carry out our plan.

We knew that the selection of the day was a decision that was larger than we were.  So we contacted Native organizations and tribes across the nation to get feedback to determine what time of year would be good for this day. We received many suggestions, but eventually we narrowed the dates with highest votes down to three choices. We sent out email surveys again and asked everyone to vote for the best date.

We received over 500 replies! Overwhelmingly, the spring equinox was the choice for our National Native HIV/AIDS Awareness Day. We were so pleased to see that this idea was valuable to Native communities across the nation. Native people hold the four seasons as sacred. Spring is the time of new birth and beginnings. The spring equinox is the moment when day and night are equal. It is a time of complete balance. We liked bringing this quality of balance to our efforts against HIV. 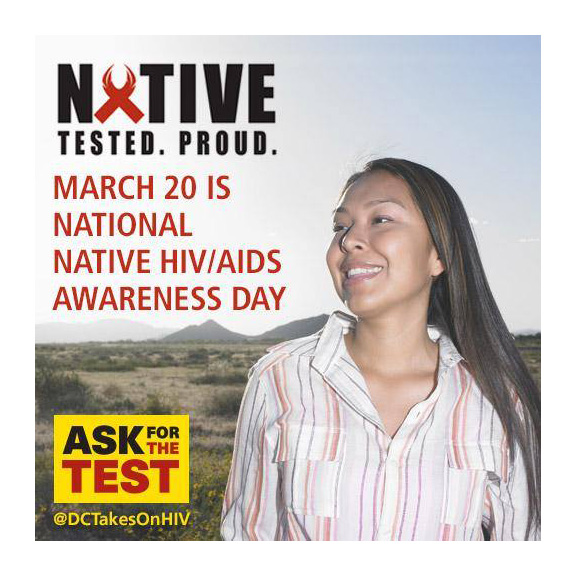 We created posters for the day, as well as “Save the Date” cards. We offered buttons and other incentive items that promoted not only honoring the day but also promoted the importance of testing. We partnered  with the Pendleton Blanket Company to design a commemorative blanket. We designed the blanket using symbols from the different Native communities—American Indian, Alaska Native, Hawaiian Native and Pacific Islander. We sold the first round of commemorative blankets to raise money to support our efforts. Some were raffled off and some were gifted to supporters and those who had worked very hard in the Native community.

It was incredibly heartwarming to see how the community picked up on these plans and moved them forward. We weren’t expecting a lot of engagement that first year because it was a new idea, but because of the surveys we’d sent out, there was great anticipation and tremendous participation for the day. 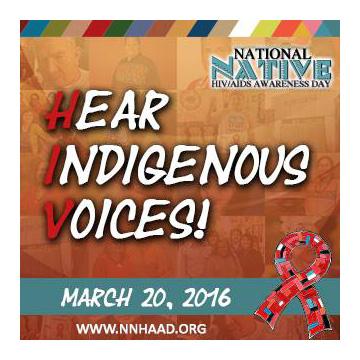 Our theme for 2016 is, “Hear indigenous voices: uniting the bold voices of American Indians, Alaska Natives and Native Hawaiians/Other Pacific Islanders.” The theme marking our national HIV/AIDS awareness day is especially vital this year because at this time, in so many ways, our voices are not being heard.

According to the CDC Surveillance Report from 2009 through the most current report, the only populations who showed increases in rates of HIV were American Indians, Alaska Natives and Asians. We are not seeing the decreases that other groups have attained. But there is even more we are concerned about here.

The prevalence rates in various communities have become the basis of program funding. This emphasis on high-impact prevention/prevalence rates focuses the nation’s limited resources in areas where the risk is demonstrated to be highest. In actual surveillance report numbers, cases of new HIV infection among our Native communities appears low compared with other groups. This means that Native-focused programs have not been funded, including CA7AE and the others that launched that first NNHAAD. We’re no longer able to provide the kind of outreach, education and capacity-building assistance that once were hallmarks of the HIV prevention effort in Native communities.

It feels, one more time, that we have been made an invisible population. This breaks my heart.

Prevalence Figures Are Not Accurate

I feel this strongly because I know, from many years working on HIV issues in the Native community, that the national prevalence figures are not accurate. Here’s why:

Testing rates are low in most indigenous communities. HIV testing has not been a priority for many Native communities. Health care providers who hear that risks are low in indigenous populations may not recommend testing. We do not have good general surveillance figures.

Testing is often done outside of public health settings. Most Native people who do get tested don’t go to their local public health department for screening. They go to small clinics or Indian Health Service facilities. The Indian Health Service does not share information about HIV test results outside of their agency. You will not find these results in local or state health databases or at the CDC. CDC can only report on what data they have to work with.

However, health disparities in related areas of risk are very high among Native communities. We know that HIV risks are greater in populations that struggle with other health and social issues—poverty, poor education, teen pregnancy, STDs, substance abuse, domestic and other types of violence. These are all conditions that disparately affect Native communities. It stands to reason that HIV rates are likely higher as well.

Where surveillance has been more thorough, rates of HIV have been shown to be higher. In 2013, there were reports of a potential epidemic of HIV in the Navajo Nation. Alarming increases in the number of cases generated great concern among health providers there. But there is a back story to this report.

My organization, CA7AE, and the National Native American HIV/AIDS Prevention Center, both provided capacity-building assistance to the Navajo AIDS Network (NAN) in the year before these reports were released. NAN did a wonderful job getting the message out that HIV testing was a good thing, for individuals and the community. They showed up at sporting events and tribal meetings and special occasions. Many people chose to be tested.

It was in the context of this culturally appropriate, community-driven effort that we obtained a better picture of HIV in the Navajo Nation. I believe this is the reality in many Native areas—both on the reservations and in urban communities. If testing is implemented and tracked as it should be, we’d find more people who need treatment and intervention. And we would have better data.

(As a sad end note to this story, the Navajo AIDS Network was also not funded this past year.)

Our Dreams for the Future

Like others populations, indigenous communities want an AIDS-free generation. In fact, if we don’t have an AIDS-free generation, no one in the nation will, because we are a part of the U.S. population. We want to promote the health of our children and the future of our people. Our communities are often small and close-knit. A disease such as HIV can spread quickly and the devastation affects us all.

We have two messages we hope to get across this year for NNHAAD.

First, we want to encourage testing. Ever since we started recognizing this awareness day, we have provided buttons that say, “Protect Our People. Take The Test.” Native people die more quickly after an HIV diagnosis than other groups because we are being diagnosed late in the course of illness. For many people in the Native community, seeking Western health care is something you don’t do until you’re just about too sick to even walk. We must change that.

Second, we need better data. We know now that funding follows the numbers. Sometimes, it is as if the existing data is a poison to us. To get funding to continue our programs and keep our communities healthy, we need the antidote—more and better data.

I encourage providers to treat every individual as potentially “high risk”—even those who may not appear to be from a “high impact” group. I call on tribal leaders to recognize the threat HIV continues to hold for our communities and support our efforts at capacity-building and prevention.

I invite all of my Native sisters and brothers to speak up and let your voices be heard, boldly, this NNHAAD and throughout the year. I encourage all of our allies to listen, with all of your heart. We are losing resources and we are missing opportunities.

Let us be visible. Let us be heard. Make some noise!!

Pamela Jumper Thurman, Ph.D., a Western Cherokee, is a Senior Research Scientist and Director of the National Center for Community Readiness at Colorado State University. She can be reached at pjthurman@aol.com.