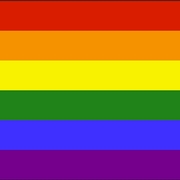 Many studies show that LGBTQ identified youth face higher risk of pregnancy and STI infection than their heterosexual and cisgender peers (see here for example). Research suggests that sexual minority youth are more likely to initiate sexual activity early, have multiple sex partners and engage in sex under the influence of drugs and alcohol. They are less likely to use condoms at last sex.

It is essential, however, to acknowledge that it is not sexual identity that puts these youth at risk for negative sexual health outcomes. Rather, being part of the minority and often marginalized group puts these youth at disparate risk for experiencing harmful environmental factors. These in turn often lead to higher levels of sexual risk behavior.

This research all points to sexual minority youth as a priority population for unintended pregnancy and STI prevention programming. Unfortunately, intentionally or unintentionally, these youth are often left completely out of classroom prevention education. Materials and curricula generally do not reflect their identities and needs. Frequently, teachers have not received professional development or support for creating more inclusive learning environments. Some schools, districts or states prohibit positive references to LGBTQ issues or sexual activity in classrooms.

Promising studies have recently demonstrated, however, that efforts can be made to successfully reverse these trends. Studies on the impact of LGBTQ-inclusive instruction indicate that it may reduce some sexual risk behaviors. Other research shows that inclusive curricula can positively impact academic performance, sense of safety and school connectedness.

Evidence-based programs have become the gold standard for teen pregnancy prevention and are often required by funders. Yet there is currently no program on the U.S Department of Health and Human Services’ Teen Pregnancy Prevention Evidence Review list of 37 evidence-based programs (EBP) that is written for LGBTQ youth or has lowering sexual risk behaviors in LGBTQ youth listed as an overt program goal.

This leaves those in the field to adapt programs to meet the needs of LGBTQ youth with little guidance. The recommendations that do exist are general or vague and focus primarily on making curricula language more inclusive. While this is a great start, little effort has been made to adapt curriculum goals or activities to be more inclusive to all youth. Furthermore, adherence to current recommendations relies on the motivation of the implementing facilitator, resulting in implementation that is often inconsistent and dependent on political climate.

Creation of the Reducing the Risk LGBTQ Inclusive Supplement

In 2011, Bronx Teens Connection, a community-wide initiative created by the NYC Department of Health and Mental Hygiene in the South Bronx, used a unique funding opportunity to work with ETR and the NYC Department of Education to make the Reducing the Risk (RTR) curriculum more inclusive of LGBTQ youth. After conducting a thorough review of RTR and research into best practices for inclusive curricula, we decided to create a supplement that would serve three main goals.

First, it would familiarize high school teachers with the needs and issues of LGBTQ youth. Second, it would provide a new pre-lesson for the curriculum that set the stage for understanding sexual and gender identity as part of self-identity for all students. And finally, it would provide a guidance document for teachers on how all the following lessons could be made more LGBTQ inclusive.

The resulting supplement, “Understanding Self-Identity: Building a Supportive Environment for LGBTQ Students,” was completed and piloted in the South Bronx in the Fall of 2011, published by ETR in July 2012 and implemented in South Bronx high schools beginning in the Spring of 2012. (We recently collaborated with ETR on an update of the supplement, published in 2016.)

Over the course of the Bronx Teens Connection project, RTR was implemented in 21 high schools and reached 6,147 students. Pre and post surveys and teacher fidelity logs were collected and initial analyses were promising in both student outcomes and teacher feedback. We found that most teachers reported the material easy to use and that students were highly engaged with the material. Student survey data showed the use of the supplement had positive impacts on not only LGBTQ knowledge, but on overall understanding of sexual and reproductive health as well. A forthcoming publication will share these exciting results further.

The benefits of LGBTQ inclusivity for all youth is a research area that is extremely promising and could show ancillary benefits for all students’ sexual health. For example, does receiving inclusive curricula have the same impacts for students who identified as LGBTQ and those who identified as non-LGBTQ? Does the use of inclusive curricula and teacher guidance insure that LGBTQ identified youth receive equal benefits from an EBP overall? Are there any differences in impact for subpopulations of students, such as youth of color, transgender students or students who don’t identify as LGBTQ but report non-heterosexual behavior?

There is so much to be explored in this arena. The answers to these questions could help improve curricula and also efforts to promote greater use of inclusive curricula. Only 22 states mandate sex ed and only 13 require inclusive education which discusses sexual orientation. And remember, some states even ban positive discussion of non-heterosexual sex in the context of sexual health education.

Need for Advocacy and Broadening of the Field

Since its creation in the Spring of 2012, the New York City Department of Education has made the decision to officially recommend city-wide use of the LGBTQ supplement with Reducing the Risk. The supplement is made available for free to any teacher who attends their sexual health education curriculum trainings. Bronx Teens Connection was also recently refunded to expand its intensive support of RTR with the LGBTQ supplement to the majority of the Bronx, as well as parts of Brooklyn and Staten Island, with a reach of 10,000 youth per year.

Additionally, ETR has made the RTR supplement available nationwide, along with an adapted version designed to be used with any Evidence Based Program.

While the success of the RTR LGBTQ supplement is promising, there is much work to be done to improve the state of inclusive Evidence Based Programs. Political challenges vary by state and district, leaving too many youth at the mercy of their geography. The continued epidemic of HIV infection in young men who have sex with men is also alarming, and shows the need for persistence to push forward with research and advocacy for these youth.

The next step is to make sexual and gender identity part of all sexual health curricula as a general content area, not a supplement or add-on. Highlighting that sexual behavior, not identity, affects one’s sexual risk is also essential. This goal is feasible and would greatly benefit developers of sexual health curricula and the communities they serve.

Karen Stradford is Licensed Clinical Social Worker and Deputy Director of Evidence Based Programs with the New York City Department of Health and Mental Hygiene’s program New York City Teens Connection. She has worked with teens for 15 years, specializing in adolescent sexual health since 2003. Through her work with Bronx Teens Connection she has broadened this experience to focus on evidence based interventions and how they can be integrated into existing program structure while respecting the creativity and expertise of youth workers. She can be reached at kstradford@health.nyc.gov.

Madeline Travers is a researcher with the New York City Department of Health and Mental Hygiene. She currently holds the position of Senior Evaluation Coordinator with New York City Teens Connection. She received her MPH from Columbia University Mailman School of Public Health. She is passionate about using data to promote adolescent sexual health and to advocate for LGBTQ youth. She can be reached at mtravers1@health.nyc.gov.