"What Were You Thinking?" What Developmental Neuroscience Tells Us About Adolescent Sexual Behavior 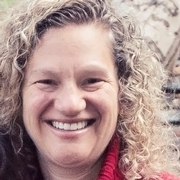 Every sex educator I know has stories about young people who’ve challenged their faith in our ability to change adolescent sexual behavior. For me, one of those stories is about a ninth grader named Rose.

Rose was a formidable advocate for school-based sex education. She was also a catalyst in moving an incredibly resistant district to change their policies and allow condom distribution on campus.

Like many ninth graders I’ve met, Rose was intelligent, thoughtful and articulate. She liked school and was a successful student. She had goals of becoming a nurse or doctor. She also faced a number of challenges at home, where things were not always stable.

Rose had a great deal of knowledge and many skills related to adolescent sexual behavior, safer sex and condom use. She had a boyfriend who offered her emotional and material stability. They were sexually active.

In February of her ninth grade year, Rose requested a pregnancy test. The test was negative. We revisited her knowledge, skills and plans related to her sexual behavior. She demonstrated competently that she understood the importance of using contraception to prevent pregnancy and knew how to use it correctly.

A month later, Rose requested another pregnancy test. She acknowledged that she was trying to get pregnant. Rose had thoughtfully weighed the pros and cons and, for a number of seemingly rational reasons, decided that the benefits of having a baby with her boyfriend outweighed the costs.

After exhausting every strategy I knew from psychology, behavior change science and public health in an effort to support Rose in exploring and potentially shifting her behavior, I wondered if I was missing something. Was there something happening in Rose’s brain (and the brains of other young people like her) that could help me better understand how her information, skills and experiences were interacting to shape her decisions?

Today, neuroscience has expanded our understanding of adolescent brain development and function. From this, we’ve been able to acknowledge the period of adolescence—from pre-puberty (9-10 years old) through the third decade of life—as a window of neural flexibility (plasticity). Both the physical structure and the functional organization of the brain change throughout this period.

Important shifts occur in regions of the brain associated with rational, emotional and social processing. (See articles by Crone and Dahl and Steinberg to learn more about this.) The onset of puberty is accompanied by a significant increase in the desire for exciting, rewarding, emotionally charged experiences, including an increased interest in romantic and sexual behavior.

This adaptive development allows adolescents to explore the world around them and become more independent from their parents. They build new social relationships and clarify their self-identity. At the same time, engaging in the highly exciting and stimulating things that adolescents want and like to experience may have negative health outcomes.

Two parts of the brain undergo the most significant transformation during adolescence. The first is the prefrontal region, associated with the ability to control one’s thoughts and actions.

The second encompasses both the limbic and subcortical regions. These regions are involved in how we understand and navigate social situations. They are also associated with processing rewards—how good we feel when something positive results from our behavior. In addition, they influence how we experience empathy, social acceptance and social rejection.

Development in these brain regions affects how adolescents think and feel about the social world around them, resulting in significant changes in behavior that are often described as emotional, erratic and risk seeking. Developmental neuroscience helps explain the link between brain development and adolescent behavior in a number of ways.

Teens Are Not Irrational at All Times

First, although adolescents have often been thought of as irrational, studies have demonstrated that by the mid-teen years, adolescents in calm, neutral situations make rational decisions very similarly to adults. The work of many researchers (for examples see Chein and colleagues, Steinberg and colleagues, and Van Duijvenvoorde and Crone) has helped us better understand this process.

On the other hand, in highly emotionally charged situations (e.g. in the presence of friends; when feeling angry, mad or excited; or when there is high potential for a big reward), the parts of the adolescent brain involved in social, emotional and reward processing may contribute to greater risk than is true for children or adults.

Second, developmental neuroscience coupled with behavioral research points to the fact that, even with skills and information at hand, an inexperienced adolescent may put greater weight on the benefits of engaging in sexual behavior than the risks, resulting in adverse outcomes.

Third, neuroscience has demonstrated that, compared to children and adults, peer presence uniquely stimulates the reward circuitry in the adolescent brain (see Chein and colleagues and Sunstein to explore this phenomenon further). This process enhances the potential for novel, exciting, romantic and sexual experiences to feel even better and more rewarding for adolescents than they do for adults. All of these factors likely influence young people such as Rose when they plan for and engage in sexual encounters.

Rose serves as a perfect example of this intersection between brain development and behavior. She clearly had the capacity to understand the consequences of having sex without a condom. She was a responsible consumer of reproductive health services and a great peer educator. She was well aware that having a baby at 14 would hamper her academic and professional goals, and she openly acknowledged that she and her boyfriend did not have the financial resources to support a child.

It’s not that Rose was unable to think clearly about the pros and cons of having sex without a condom. Rather, it’s that she wanted and valued the emotionally charged, rewarding outcomes associated with unprotected intercourse and early parenting. Rose wanted an increased sense of emotional intimacy with her boyfriend. She anticipated that having a baby with him would make her feel secure and stable.

What Rose lacked was the emotional experience of parenting at 15, or struggling financially to provide for a child, or discovering that a baby does not ensure a long-term commitment from her boyfriend. While there were moments when she questioned the stability of her relationship and admitted she thought she should be using contraception, these feelings did not outweigh her emotional and rational checklist that favored getting pregnant.

Like many other adolescents, Rose was not ready to make the choice with her adult health care provider for a long-acting contraceptive method. Much of her contraceptive decision making occurred in the context of her relationship. She did not see this contraceptive choice building the closeness she wanted with her boyfriend.

Looking back, neuroscience has framed new ways for me to understand Rose’s development and behavior.

While developmental neuroscience is still in its early stages, we are now offered the exciting possibility of translating what we’re learning about brain plasticity and maturation into sexuality education that results in more positive sexual health outcomes for youth.

As adolescents enter puberty, they experience new sexual attractions and motivations. As a part of healthy sexual development, they must not learn solely to resist and ignore these motivations and desires. They must also foster the development of brain systems that support their romantic and sexual goals throughout their lives. This will occur through the acquisition of knowledge, experience, and social and emotional feedback.

The reality is that much of this critical learning happens outside of sex education. By the end of that year, Rose was not pregnant, but, through her experiences, she had learned much about intimacy, relationships and sexual behavior.

It would require a great deal of ingenuity to effectively achieve similar learning in a classroom. We are not certain at this point exactly how to do this, but developmental neuroscience is improving the map to guide us along the way.

Ahna Suleiman, DrPH, is a postdoctoral fellow at the UC Berkeley School of Public Health. She has worked broadly in youth development and sexual health and currently focuses on the translation of developmental science into policies and practices to support adolescent health trajectories. You can reach her at asuleiman@berkeley.edu.