We all know what it feels like to sit in the back of the room, praying we don’t get called on by an instructor. Or feel too afraid to ask a question despite the depths of our confusion on a given topic.

The culture of asking in this country is a complex one. On the one hand, as a greater society we believe in the power of help. Look at our public health policies, free HIV testing or charitable organizations. Even the values we learn in kindergarten—“Clean up the play area together”—promote helping.

On the other hand, we are not as hard wired to ask for help as we are to provide it. So this begs the question—what is our big “ask” problem?

We all know what it feels like to sit in the back of the room, praying we don’t get called on by an instructor. Or feel too afraid to ask a question despite the depths of our confusion on a given topic.

The culture of asking in this country is a complex one. On the one hand, as a greater society we believe in the power of help. Look at our public health policies, free HIV testing or charitable organizations. Even the values we learn in kindergarten—“Clean up the play area together”—promote helping.

On the other hand, we are not as hard wired to ask for help as we are to provide it. So this begs the question—what is our big “ask” problem?

The Cost of the Closet: Reflections on Gay Men and National Gay Men's HIV/AIDS Awareness Day 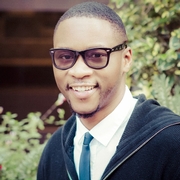 Confinement has its costs. There are costs to being confined physically, emotionally, sexually, mentally or spatially for any period of time. You can often tell when people have grown up in isolation, or with little social interaction. They seem unprepared for social exchanges.

I have seen a version of this with members of the LGBT community. We grow up and discover that what we feel on the inside is seen as wrong in the larger world around us. We learn that who we are “goes against” religious and historical principles.

This can really do a number on you.

I Did Not Come Out

As a young person, I never explicitly dealt with a “coming out” occurrence. But I did know that for my family, who I was and whom I might love would never be as valid as these matters were for its heterosexual members. That was just the way my family dealt with things.

This had an impact. It forced me into a form of isolation, one that made me insecurely aware of how I spoke, walked, dressed—how I was. I became one dimensional with them, showcasing only what I understood to be of value to my loved ones. I hid anything that departed from the ideas they had about me.

I will never forget the freedom I experienced when I unapologetically transitioned my relationship status with my best friend and he became my boyfriend. I was one of the lucky ones in this. I did not have to wait until I was 40 and divorced from a woman before I felt safe enough to be all of what I am. I was lucky because I had an incredible boyfriend, who was my best friend, and who was equally willing to put aside the norms and values of our community to satisfy an even greater purpose. We wanted to be whole, to be loved and loving, and to be visible.

Inspired by the Community

Today, as a public health professional, I work to combat all types of issues that affect the wellness of same-gender-loving men of color. My work has always been inspired by the lives of this community. I recognize the challenges associated with not being heterosexual.

Many of these men have spent years confining and suppressing their feelings for those they like, love and desire. Many have desperately tried to eradicate any supposed identifiers of their homosexual nature. I have watched them go through lives of secret sex and risky sex. I have watched them perfect the ability to deny and lie to the world—and themselves—about who they really are.

I have often wondered how these closeted lifestyles affect people. How do they shape our capacity to experience intimacy and healthy sex? How do they influence our ability to develop and maintain healthy romantic relationships and honest friendships? Because these capacities and these relationships, when done well, can serve as protective factors for men navigating risks around HIV and other sexually transmitted diseases.

Keeping Up Our Awareness

September is the host month for National Gay Men’s HIV/AIDS Awareness Day. As we move on into October and another year ahead, I hope we can carry and build on our awareness of HIV/AIDS among same-gender-loving men. I also hope we can extend the concept of health beyond HIV status. Let’s think about the whole individual and all of his needs.

When an opportunity presents itself to create intentional safe spaces for gay men, we should take that opportunity. Let’s look for more welcoming spaces in the general community, in faith communities, in workplaces and in families. Let’s build more possibilities for gay men, and men of color who have sex with men, to congregate, meet and support one another.

When we explore HIV prevention, we look at anti-homophobia campaigns, free condoms and outreach to do HIV testing. But we need to look to additional ways to increase protective factors that boost positive and desirable HIV outcomes for gay men.

The greatest thing most of us can do is commit to enriching the safety of spaces in our own lives by actively facilitating acceptance, welcome and love for our gay brothers. Let’s invite them, through our acceptance, to be who they fully are. Because we never know in what other aspects of their lives they might be confined, one dimensional and incomplete.

The closet represents limitation. For all intents and purposes, this can be a form of emotional abuse. And all of us—each and every one—share in building closets every time we say something homophobic or (even more commonly) heterosexist.

The assumption that someone is or will be heterosexual is deep, widespread and often unconscious. I’ve seen families put these kinds of expectations on three year olds: “Oh, he is going to be a heart breaker with the ladies, isn’t he?”

It’s been socially acceptable to expect as much. This embedded messaging in the context of sex and gender roles is usually the first and largest closet we build for LGBT people. I’ve heard it said that you couldn’t hold someone down without staying down yourself. I believe the same is true of the closet in which we confine the gay community.

Remember: you cannot keep an individual confined to a closet without having to guard that closet 24/7.

So now we move forward. We think of what we can do individually and collectively to advance gay men’s protective factors against HIV and other sexual and social health unwellness.

Let’s remember to get ahead of the game by treating all people, particularly young people, as if we do not know their possibilities. Because the simple truth is that we do not.

Instead, let’s allow them to decide who they are and what they want to be. When we stand for the wellness and safety of these individuals—or of any group—we ultimately stand for our own safety and wellness.

At the end of each day our real effort is how to be better citizens of the world, and how to be greater resources of love and compassion to our fellow humans. Let’s set aside the expectations we may already have. This helps us move from tolerance—a mediocre attempt at self-control and protecting the vulnerable—to acceptance—our humane standard of excellence for successfully coexisting.

Michael Everett, MHS, is a Project Coordinator and HIV/Sexual Health Trainer working with ETR’s Community Impact Solutions Program. He is also CEO at Intimacy & Colour LLC. He can be reached at Michael.everett@etr.org or found at LinkedIn.