ETR is thrilled to be offering our new “Yes Means Yes!” poster. This upbeat, positive product tells the big-picture story of affirmative consent in a remarkably brief 51 words. The image is eye-catching, the poster is clear and the whole package really works. It gets the message out.

As a health education writer myself, I can attest to the care, time and skill that goes into this kind of work. It’s easier to write a 10,000-word book chapter than an effective 800-word pamphlet. Health education posters are even more demanding. They’re like the haiku of the field. I applaud our Product Development team for their extraordinary skill in choosing exactly the right 51 words. 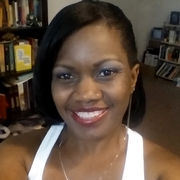 While the term “affirmative consent” is fairly new, the concept most certainly is not.

Back in 2005, I was working at Planned Parenthood. I went to a health fair where a group called Coalition for Positive Sexuality was distributing purple mini-booklets called “Just Say Yes.” I thought, “Wow. That’s awesome. What a super positive way of thinking. I like it.”

I took a quick peek inside the booklet (since I was supposed to be working) and was hooked immediately. There it was, printed in black and white for all the world to read: messaging to young adults encouraging them to say “yes” to the sex they want, and “no” to the sex they don’t want! It was amazing!

What's Wrong with This Concept?

I’d never really supported the idea of “No Means No” the way I think I was intended to. I’ve never believed the onus should be on me as a young woman to say “no”—though I was fairly good at it.

The idea and concept of “No Means No” made me feel as if others were allowed to do what they wanted to me, and that it was up to me to stop it if I didn’t like it. Well, that was a mixed message, because society also tried to teach me to be docile and agreeable if I wanted others to like me or want to date me.

Good thing for me that I’ve always been comfortable going against both perceived and actual norms. I’ve done what I believed to be right for me as long as I can remember. Many of my friends, however, were not like me. At times, they were talked, pressured, or silenced into doing things they did not want to do.

That purple mini-booklet was my sex positive debut! I’ve always had a positive and healthy perspective with regard to sex and sexuality. But I didn’t have the language to express these ideas about consent. Many people simply thought my views were “weird.”

Well, I wasn’t the only one trying to change the way we looked at consent. Yet few, if any, people in my circle practiced this “just say yes” standard.

Today, this idea about offering a clear, unambiguous yes to the type of sex you want to participate in—if any—is the basis for California’s affirmative consent law. Because of this law, any college or university receiving state funds for student financial assistance must establish and promote an affirmative consent standard for students, both on and off campus.

Affirmative consent, commonly referred to as “Yes Means Yes,” is a game-changer—in a positive way. Under this standard, instead of pressing forward until a partner says “no,” nothing sexual happens until both partners have consented to participating. It’s no longer, “Well, the person didn’t say no, so she/he must have wanted to have sex.”

Instead, affirmative consent is a continual process. Partners check in as sexual activity progresses. If one partner decides that it’s time to stop, she or he may revoke consent at any time. That’s hot!

Affirmative consent is important, particularly on college campuses where one in five young women are victims of sexual assault. Often, perpetrators of sexual assault are people the victim knows. Assaults are more likely to happen in situations where giving or getting consent is difficult—being under the influence of alcohol or other drugs, having a power differential between partners, or being in an abusive relationship.

This is just as true for adults in their 30s and beyond as it is for youth, teens and young adults. But for many young folks—including the students we see on our campus—these issues are magnified when they are away from home for the first time and trying to fit in to a community they don’t know well.

Plan Consciously and Consent with Enthusiasm

I give an enthusiastic “yes” to sex I want and a clear “no” to sex I don’t want. I strongly encourage the young people I work with to do the same. If they want to have sex with someone, they must be sure to get consent before doing anything sexual.

When partners are excited about the sex they plan to have, and clearly consent to it, they’re participating in what we call “enthusiastic consent.” I love talking with students about this idea because it helps them think clearly about their roles and responsibilities in sexual relationships. I also believe it promotes healthier attitudes and practices about sexuality, whether students are sexually active or not.

It’s always been good practice to get or give consent for the full range of intimate and sexual activities. Today, and on our campus, it’s the law. Students who understand the standard of affirmative consent—and the wonderful benefits of enthusiastic consent—can avoid a lot of misunderstanding, pain and even legal problems.

A culture of consent is one in which it is the norm, not the exception, for all persons to obtain consent prior to sexual experiences. At the University of California, Berkeley, we encourage students to engage in rich and meaningful discussions about this concept within their communities. We also offer practical and concrete guidance—the “how-to” of creating that culture.

For example, we explain that there are many ways to get and/or give consent. A person who wants to be sexual with someone else could say, “I would love to feel you on the inside. Can we have sex?”

The partner could say something like, “Yes, baby, I’d love to feel you inside of me!” OK, I admit that line was a little cheesy, but you get the idea. We want to give students clear and unambiguous examples so they understand the concept and can adapt the guidance to their own circumstances.

We also acknowledge that some people may prefer to show partners what they like. We suggest that students might consider asking a partner, “Can I show you what I like?”

And, because consent is a part of all of these interactions, we emphasize that it’s important to listen to the answer. The partner might say, “Yes, please show me!” Or perhaps, “I’m not sure I’m ready for you to show me just yet.” Either response is just fine.

This is the kind of culture I’d like to see at every college campus, regardless of whether it’s a community college, private college or public university. I believe that the work I do as a sexual health educator and program coordinator contributes to this culture eventually becoming a reality.

Hannah Brancato, co-director of Force: Upsetting Rape Culture, says “If you only learn about consent in an auditorium, it will be hard to put into practice in the heat of the moment. But if consent is also surrounding students in their party culture and in their social spheres, it is more likely to sink in. College students are the best people to teach other college students about how enthusiastic, consensual sex is the best sex.”

Robin Mills, MA, is the Sexual Health Education Coordinator at UC Berkeley’s University Health Services Tang Center. She can be reached at robinmills@berkeley.edu.