From a fairly young age, today’s kids are growing up with all kinds of social media. Parents and professionals struggle to keep up with the latest trends and protect children from possible harm. As a media researcher and a parent, I'm also working to stay abreast of the latest technology and how it impacts children and adolescents.

But rather than looking at every new app as a focus of research, I'm interested in the larger issues related to social media use—things like why and how we use social media.

My Alternate Reality: I'm a Student and I'm Not On Social Media 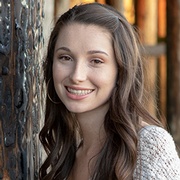 I was able to survive all of my teenage years without being on any form of social media at all. Instagram, Twitter, Snapchat, Facebook, Tumblr—these sites have connected a lot of people to the world and helped them stay in touch with long-distance friends. But the sites made me feel uncomfortable. I did not want to divulge personal information to a social media world that I thought made life seem shallow.

So even though social media can help some people stay connected, it can also seem full of impossible expectations. I decided I wanted to maintain a normal teenage life without falling into the trap of feeling badly about myself because of what someone else had posted on social media.

Somehow, our world has made social media a sort of delusional necessity.

Society has tried its best to portray social media as the way to connect to friends and family, the way to stay up-to-date with everyone’s daily life, the way to feel connected without having any face-to-face interaction. I was the only teen I knew who wasn’t on social media, so I was surrounded by friends who were caught up in daily interactions on their apps. 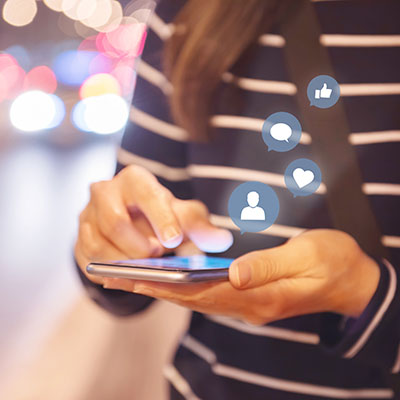 Occasionally, friends asked me to look at an acquaintance’s picture or a tweet. Just these few glances were enough to make me feel insecure and wonder about the superficial world where so many of my peers were spending their time.

I saw pictures of girls showing off their skinny bodies, enhanced in some areas and minimized in others. This made me wonder, “Am I not skinny enough?”

I saw perfectly clear complexions. But I get acne sometimes, and I have freckles. I’ll never have porcelain skin.

There were lots of posts of the super-healthy smoothies and grains these girls were eating. Is this seriously all they eat? I really love a good hamburger or slice of pizza. The way these seemingly perfect pictures were posted made me question my looks, my weight and my choices about food.

If you start believing that these beautiful, fake photos of other people are real, you can feel pretty awful about yourself. I witnessed my best friend’s healthy attitudes and fit body deteriorate as she developed a devastating eating disorder. Experiences like these make me concerned about the negative effects social media is having on my generation.

I began to notice more girls at my school constantly taking selfies and posting bikini pictures on Instagram. They were too preoccupied to eat. They didn’t post about important events in their lives. Instead, they posted images of themselves that were obviously photoshopped. Sometimes it can be hard to differentiate between what is real and what people want you to think is real.

It was difficult to find friends who weren’t glued to their phones, who weren’t obsessed with taking pictures of themselves, or who weren’t suffering from eating disorders because of their addiction to the false reassurance of a follow or a like.

The Person I Have Become

Not having social media has helped shape me into the person I have become. I have learned to be comfortable in my own skin. I have been able to free myself of many of my youthful worries. This is something many girls at my school have struggled with. It’s depressing to see so many smart, beautiful, talented girls, suffering from the pressures society has created.

My college admission essay on this topic helped me get into all of the colleges I applied to. I like to think it wasn’t the only reason, but I have to admit it must’ve been odd for a college admissions associate to read an essay about a Generation Z student voluntarily omitting social media from her life. 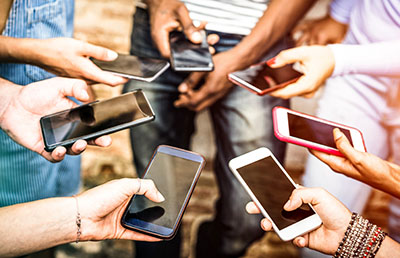 Now, in my second year of college, I feel even more certain about my choices. In college, social media usage and its effects have only gotten worse. The mixture of partying and social media have caused many of my friends to think getting dangerously “blackout” drunk is the norm.

I have seen my friends rush for sororities. They race to post a picture on their Instagram with their sisters and add the Greek sorority letters to their Instagram bios. But some have been bullied about their weight, and not welcomed to certain organizations.

LinkedIn Is In My Future

Though creating a LinkedIn account is in my near future, I am thankful I have decided to stay away from most other social media outlets. I recognize the usefulness for some—the spread of important social movements, or keeping in touch with friends and family that you may see only once a year.

It’s also important to recognize that teens can live a normal life while staying away from social media. I still have friends, though I do not keep in touch through DMing on Instagram. I still go on girls’ trips, even if I don’t post anything on my Snapchat story. I still go out and have fun without tweeting about it.

Social media is not the only way to have a normal life despite what people may think. Many in my generation have lost the ability to communicate face-to-face, which I have realized is extremely valuable. Since beginning college, I have noticed how important it is to know how to talk meaningfully to professors and how to behave respectfully in a face-to-face interview. So many of my peers have lost the ability to speak effectively to people unless it is behind a digital screen. I hope that we, as a society, can take notice of this and not put as much importance on social media.

Jessica Hilger is a second year undergraduate at Santa Clara University majoring in Ethnic Studies and Communication Studies. She can be reached at hilger@scu.edu.