How to Design an Effective Staff Retreat: A Lesson from Life

A few weeks ago, ETR held its annual staff retreat. I was genuinely inspired. The planners of this event offered some valuable lessons for any organization on how to design effective and engaging retreats.

Read More about How to Design an Effective Staff Retreat: A Lesson from Life

May the Fourth Be With You: Did You Feel Resistance to Change When Star Wars Changed the Resistance? 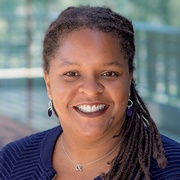 When the first teaser trailers for Star Wars Episode VII: The Force Awakens hit the internet in 2015, I was gleeful. More Star Wars! Yes, please.

But I must admit that I didn’t know how I’d feel about the new characters in the Star Wars movies. As a black woman and a proponent of inclusion and diverse representation in all industries, I was excited to see that there would be both a female and a black protagonist (Rey and Finn, respectively) and that we’d still see some of our long-time heroes and villains.

Admittedly, I was wary because of those prequels. I had mixed feelings about Episodes I-III (don’t even get me started on Jar Jar Binks).

But it turned out I LOVED The Force Awakens—absolutely no complaints. The new characters integrated well with familiar faces, the new alliance felt natural, the First Order as an evolution of the evil Empire made sense. And I couldn’t wait for The Last Jedi (Episode VIII). 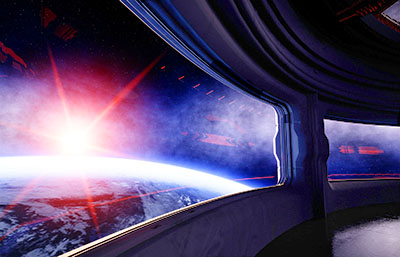 Not only did Episode VIII not disappoint (I also loved it)—but I learned something about myself and my ability to change. I realized I had fully embraced the “new” characters as a part of the Star Wars family. Indeed, they weren’t the “new Star Wars characters,” they were just Star Wars characters. Rey, Finn, Poe, BB8. Seeing them on the screen was a homecoming—a reunion. And when the family was integrated with the long-beloved—Luke, Leia, Chewie, C3P0 and R2D2—it was natural. There was nothing exceptional about it—except that it was exceptionally integrated.

When did these characters become a part of my Star Wars? Hadn’t I been the one who approached them with trepidation? No longer. They were well-settled in my mind and in my heart, and it felt like they all belonged there. (Did I mention that I am a serious Star Wars fan?)

I liken this experience to my current times at work, where we are often joining with uncommon allies and doing more intersectional work. When we first started being more intentional about transdisciplinary efforts, these “new partnerships” felt exceptional. Now these alliances are the norm as we integrate our work internally and externally.

Take a look at the reports out of our groundbreaking Kirby Summits for some examples of new alliances beyond our organization (here, here and here). Or check out the roundup of our most recent all-staff retreat for insights into the ways we are building new connections and intersections within ETR. This has become a way of life for us now.

Like our expanded Star Wars family, our expanded ETR family is better for having extended our reach and our perception of what and who and how the notion of “we” is defined.

How are you expanding your partnerships? What is new? Have you also experienced resistance? How are you and your organization better for these efforts?

May the Fourth be with you as you engage new allies, continue the fight for justice, and work alongside colleagues across the nation to create a more equitable and harmonious world.

Vignetta Charles, PhD, is Chief Executive Officer of ETR and has been known to wear Princess Leia buns on May 4ths past. She can be reached at vignetta.charles@etr.org.