PrEP has altered the landscape in HIV prevention in extraordinary and profound ways. It’s changing the lives of vulnerable individuals. It’s also bringing about big changes for the HIV workforce—health care providers, prevention specialists, outreach workers, social workers, educators and more. In fact, I believe we’ve entered the most dynamic period in our fight against HIV since 1996, when the advent of highly active antiretroviral therapy revolutionized treatment and saved countless lives.

Losing the Phobia: HIV PrEP is Bridging the Serodivide

Access to PrEP is changing minds and behaviors. As an HIV prevention option, PrEP (pre-exposure prophylaxis for HIV) has provided individuals who may be at risk for HIV an important tool in the way they conceptualize choices about sex partners.

The practice of serosorting—selecting a sexual partner based on HIV status—has often been seen as either stigmatizing or divisive. However, PrEP is changing this practice among both older and younger men who have sex with men (MSM). I contributed to a just-published paper that demonstrates this in some persuasive ways (see box). Our study is based on data from a multi-year demonstration project, Connecting Resources for Urban Sexual Health (CRUSH). Our lead clinical partner on this project is the East Bay AIDS Center (EBAC).

The CRUSH project is one of the first studies to capture data which show that young people who initiate and seek out PrEP as a prevention tool can adhere to the regimen. (And yes, young people can adhere! We are currently submitting a paper with that data and hope to see it published soon.) The project collected a good deal of quantitative data, but we also gathered qualitative data from some study participants. Their stories give us insight into the ways young MSM of color are feeling about PrEP and sexuality, some of the new behavioral choices they’re making, and how community stigma concerning people with HIV is changing.

What We Studied: Shifting Perspectives

Historically, we have seen a good deal of serosorting among MSM—men who were HIV negative would avoid sex with those who were HIV positive, and vice versa. Because PrEP is so effective in preventing HIV transmission, we are seeing a “loosening” of this stigma and divisiveness in the MSM community. 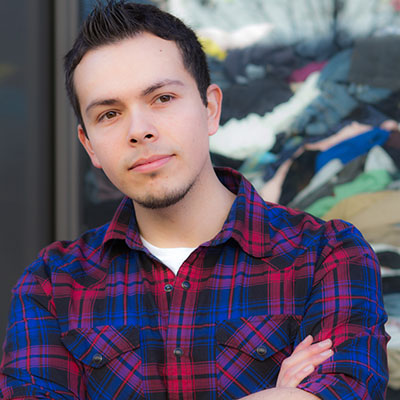 As we were implementing our clinical study to explore PrEP adherence, our research partners (UCSF Center for AIDS Prevention Studies) realized that we were hearing a lot of informative anecdotal stories about how young men’s thinking was changing. Sometimes, an HIV-positive individual would come in with an HIV-negative partner and say, “Tell him about PrEP.”

Sometimes a study participant would come in and say, “I’ve never had sex with anyone I knew was HIV positive, but I’ve started seeing this positive guy and I care about him a lot. I think with PrEP, I might be willing to change my ideas about this.”

This is so important! We are building understanding about the ways young people adapt to new information and new options concerning their sexual and reproductive health. We are seeing resilience in action. The community is demonstrating a new openness of mind, where young MSM, whether positive or negative, see themselves as members of one group along a continuum instead of as different factions.

Our research partners decided to pursue further qualitative data gathering with a subset of our larger study sample. We asked these men directly about the ways PrEP was changing their perspectives.

What We Found: Three Points on a Continuum

Our data breaks participants down into three main groups.

The paper includes quotes from our participants that provide fuller descriptions of their thinking. I hope you’ll take a look at the things they had to say—their words are illuminating.

Putting This Into Practice: Thinking About Our Messaging

One of the most exciting things about this paper for me is what it demands from us when we engage young people in discussions about their sexual health. Whether we’re providers, researchers or people involved in program development, we must reach young people in authentic ways. We need to think about the ways we characterize our expectations of young people, to listen openly, and to offer suggestions that are relevant to their perspectives. 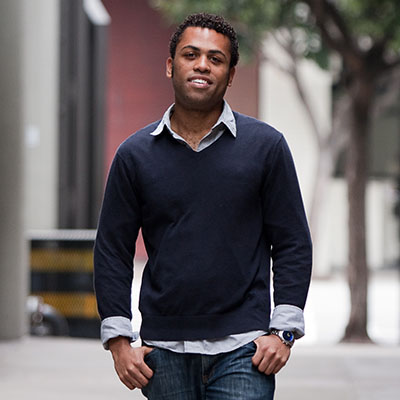 For example, in the design of a research study , we need to think critically about the ways we build survey instruments and tools. Language should be inclusive, positive and community driven. Let’s give participants a boatload of options, not just two or three. Let’s give them the sense that we know about the choices they face and we respect their ability to make them.

The availability of PrEP and effective HIV antiretroviral therapy creates a more open environment for community members—one they appreciate and prefer. It facilitates a more honest channel of communication between individuals and their partners and care providers.

"Old school" sex-ed models are based on the thinking that young people needed to be told how to take care of themselves and what choices to make. The information the CRUSH participants have shared with us demonstrates abundantly that young people know how to take care of themselves. They’re making decisions to keep themselves, their partners, and their communities healthy, along a spectrum of genuinely thoughtful, conscientious possibilities. Let’s listen, and hear what they have to say, so we can tailor approaches and interventions which can really make a difference.

Ifeoma Udoh, PhD, is a Senior Research Associate at ETR. She has extensive experience implementing international and domestic HIV/AIDS programming, along with monitoring and evaluation activities around the world. She can be reached at ifeoma.udoh@etr.org.