Who Has The Power? A Call for Black and Brown Leadership in Public Health

I am Antwan Matthews, a native of Meridian, Mississippi, and recently graduated from Tougaloo College in Biology. This summer I have the privilege to serve as a scholar for the Summer HIV AIDS Research Program (SHARP), an NIH-funded initiative of the San Francisco Department of Public Health.

I have an argument to offer about the ways we think about public health.

Read More about Who Has The Power? A Call for Black and Brown Leadership in Public Health

Indians Are Still Here: Three Things to Do If You Care About Equity and Social Justice 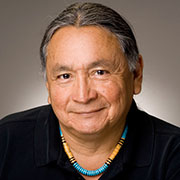 A lot of good people are working on issues of equity and social justice. I’m happy to see that, and I’m grateful for the work. If you are one of them, I also have a challenge for you—one that probably won’t be comfortable. I’m asking you to do three things.

1. Look at Your Own Organization and Ask, “Who’s Not Here?”

American Indians are often made to feel invisible by the larger culture. Part of this marginalization process has to do with our absence from leadership roles in organizations focused on the common good. Most people reading this post will not be able to find Native Americans, Alaska Natives or Native Hawaiians on their boards, no matter how diverse those boards are.

AARP, where I’m currently consulting, has never had a Native person on their board. Given their operating values and principles, this is surprising and disappointing. They’re certainly not alone, of course—take a look at Raymond Foxworth’s recent column in Nonprofit Quarterly that addresses myths about Native Americans in the philanthropy sector.

We’re seeing an increase in diverse leadership in nonprofits in some ways—for example, 42% of executive directors are women. But 87% of EDs or presidents are still white. Only 6% of leadership is African American; 4% is Hispanic/Latinx and 3% is Asian. And Native Americans in leadership? It is difficult to find any organizations led by American Indians that aren’t specifically focused on the Native Community.

This is not an inclusive diversity.

So where are the Native Americans? “Well,” I’ve been told, “there really aren’t enough of you.” When I hear this, I sometimes ask, “Do you want to have the conversation about why there aren’t enough of us?” Usually, people don’t know our history—the largely untold story of the genocide, removal and assimilation policies of the U.S. government. So I will simply say that this is not an acceptable justification for the lack of Native presence in organizations.

I think the most important reason that Indians are not visibly present in organizations is because people are uninformed. Many people simply don’t recognize that Native people are still here, and that we have meaningful contributions to make.

2. Look at the Community You Serve and Ask, “Who’s Not Here?”

If you’re working on diversity, inclusion, social justice and equity, you’ve got to care about health equity. If you care about health equity, you’ll want to consider whether you are providing support and services to the Indian community. Native Americans have had the longest-standing health inequities in the history of this nation, and also the largest. These disparities continue in full force—see Annie Belcourt’s description of current disparities and their impact on her own life.

This highlights one of the great contradictions—and powerful myths—that affect Indian people today. Indians have a political relationship with the federal government. It’s not about ethnicity. It goes back through history, to our treaties with the United States government. Our tribes gave up land and resources. In exchange, the government was to provide certain services and guarantees of safety. This included services provided by the Indian Health Service (IHS)—an agency that has been sorely inadequate in addressing Native health needs and eliminating health disparities. It has never been more than 50% funded.

Many non-Native Americans believe that Native health care needs are fully covered by the IHS. They think Natives are essentially receiving free handouts from the government and now are all wealthy because of gaming revenue. Even people working in the nonprofit sector often believe Natives receive so much government support they do not need additional services. Their organizations focus their limited resources on other communities’ needs.

We can all advocate for full funding for IHS. Until that comes through, however, reassess your commitment to serving Natives in your community.

The first step in broadening services and leadership representation involves having a conversation with representatives of your local Native community. You need to find people who have credibility in those communities and initiate a conversation.

This is not a comfortable step for many people. “It’s hard,” people tell me. “We don’t know a credible representative.” “We’ve tried before, and Native communities are not welcoming.”

You’re right. A people that has suffered discrimination, marginalization, violence, abuse and genocide is sometimes reticent to welcome in individuals from outside the community. A people who has been neglected for centuries may be reluctant to trust a group that now wants to offer attention. But this isn’t really surprising, is it?

Don’t give up the effort simply because it’s hard, or it doesn’t work the first few times you try. The bottom line is that people either open doors or close them. If your value is equity, inclusion, diversity and social justice, you need to be putting in the effort to open doors. And to other communities of color, I ask that you not close the door once you’re in the room. Let’s have a conversation about how we can work together. We need to be thinking broadly, not narrowly. 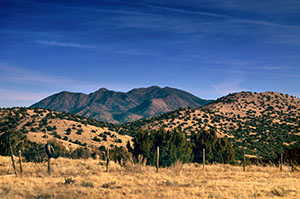 I also encourage you to be ready to think outside the mainstream as you consider ways to engage Native leadership and collaboration. Many Native people see the world differently from mainstream Americans. They have different philosophical beliefs. They may not come to the same conclusions or choose the same solutions that non-Native people do.

Here’s another example. Did you know that Native Americans have served in the U.S. military in greater numbers than any other ethnic group relative to their total population? One reason young Native Americans join the military today is a lack of opportunity in other career paths. Another is that many have a distinct sense of patriotism.

But I think there is an even more complicated layer to this. To Natives, in a very real sense, we have a duty and obligation to defend the nation because it is also a way of defending Indian country. This is a way of thinking that is distinct from the mainstream, but it is also a powerful call to action for Indians who serve.

I hope you’ll consider having these conversations. I know about the challenges—I’ve been on both sides of these exchanges myself. Some people are open and some are not. But when it works, incredible things happen. 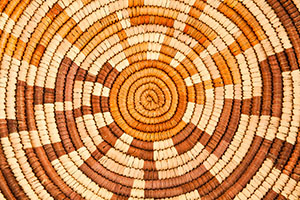 In our New Mexico branch of AARP, we have a great volunteer, J. Cooper. She is the current AARP New Mexico Volunteer President, and she is highly committed to diversity. She arranged a meeting for the state executive council and invited in some of the local Indian people who work with seniors and other segments of the community. For four hours, these two groups talked. The service providers described their work of course, and the clients they see. And they also talked about their communities, their families, their beliefs, and their lives.

This was a powerful experience for the non-Native members of the executive committee. They left with a much deeper appreciation for the commonalities among us all, as well as the unique qualities of different Native communities throughout distinct regions of the state.

There’s a group of folks among “progressives” who kind of think they’ve figured out all of this diversity and inclusion stuff. In my experience, as soon as you think that, you’re in trouble.

It’s important that none of us gets too comfortable. These challenging conversations simply won’t take place when people are looking for what’s easy. I know it’s a natural human desire to find a place of comfort and seek what is easy. But I believe it’s also a natural human desire to grow and to learn. That demands a different kind of seeking—one that is less comfortable, but allows us to be more present and authentic in our connections with others, and more effective in the work we do.

Michael E. Bird (Kewa Pueblo/Ohkay Owingeh Pueblo) is National Consultant on Native American/ Alaskan Native Communities for AARP as well as being an independent consultant on public health issues. He is the first American Indian ever to serve on the National Policy Council of AARP. He formerly served on ETR’s Board, including a term as Board President, and is a past President of the American Public Health Association. He can be reached at mlittlebird@msn.com.