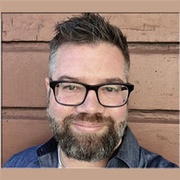 A team at Columbia University, lead by pediatrician and professor John Santelli, MD, reports that sexuality education in middle and high school may have protective effects that extend well past graduation. In the study, published in PLOS ONE, the researchers found that students who had comprehensive sexuality education classes, including specific refusal skills training (practice on “how to say no” to sex) before age 18, had a lower risk of experiencing sexual assault during college.

“We looked at factors before college that influence young people's risk of sexual assault—a lot of things were associated,” Santelli said. “One of the things that jumped out was that certain kinds of sex ed before age 18 had a protective effect. It looked like students who had education about refusing sex had a reduced risk of sexual assault. This difference was particularly true for young women—a reduction of about 50 percent.”

Students who received abstinence-only instruction, which typically does not include refusal skills training, did not show significantly reduced experiences of campus sexual assault.

The study is based on a confidential survey of 1,671 students from Columbia University and Barnard College conducted in 2016, and in-depth interviews with 151 undergraduate students conducted between 2015 and 2017. The article is one of many generated by Columbia’s Sexual Health Initiative to Foster Transformation (SHIFT), which is an interdisciplinary faculty-led initiative to study sexual assault and sexual health on campus.

With this new evidence that comprehensive sex ed can reduce sexual assault in hand, the researchers at Columbia say that schools should be expanding skills-based sexuality education, and starting to teach these skills earlier. 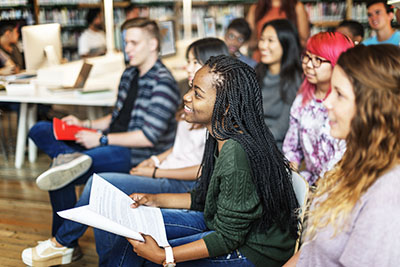 Santelli calls for a “life course” approach to sexual assault prevention. He explains, “That means teaching young people—well before they get to college—about healthy and unhealthy sexual relationships, how to say no to unwanted sex, and how to say yes to wanted sexual relationships. When you teach refusal skills, you are telling young people both that they can say no and helping them develop skills for communicating with a potential partner.”

Santelli says that the more hours of classroom time we devote to this, and the more we engage young people in talking about these issues, the better they will do.

“You can’t just say ‘don’t go out and rape people,’” Santelli says. “You need a more nuanced message and a discussion about consent, substance use -- and time to practice communication skills. The work that is being done now around sexual consent is important. If you’re able to say ‘no,’ you are able to say ‘yes’—and we need to be teaching about all those aspects of sexual consent.” 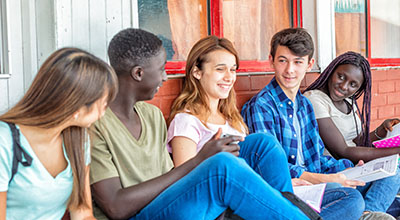 Santelli acknowledges he’s learned a lot from teaching sex ed with middle school students in New York. “Middle schoolers ask all kinds of questions. It’s important to talk to students about relationships, but in a context that they will understand. It’s important to be medically accurate and developmentally appropriate, but talk to them about the kind of relationships they are involved in.”

Evidence for What Works

As a health educator, I am thrilled to see more scientific evidence that comprehensive sexuality education has long-term benefits. I started doing rape prevention work as a college student in the early ‘90s and remember how it felt to stand in front of fraternities lecturing men about sexual assault. “No means no” lessons were all we had—well-intentioned, but ineffective. I deeply appreciate the increased focus on affirmative consent in our field, and I think it’s great that so many of our schools are moving towards skills-based health education and giving students time to learn about and practice consent and communication skills.

In the wake of the #MeToo movement, and with so many stories in the news about sexual harassment and assault, a lot of people are asking “Isn’t this something we should be teaching more about in school?” My answer is a clear and definitive yes. This study illuminates one very effective way to do so.

Advocates are calling for more education in schools, and young people have been some of the strongest advocates for this change. I believe that all young people deserve fact-based, caring, comprehensive sexuality education in school. They should have time to ask questions and practice saying “no”—and “yes!” We have the data to show that this approach works and can create lasting change. It’s time to make this the standard in every school.

Christopher Pepper is a parent and educator who serves as a Health Education Content Specialist at SFUSD’s School Health Programs Department. He helps lead the district’s sexuality education and HIV prevention efforts. His writing has been featured in the New York Times, Scholastic’s Choices Magazine, Edutopia, and on his own site, MrHealthTeacher. Follow him on Twitter at @mrhealthteacher.