All my family, friends and colleagues know I’m a researcher interested in diversifying STEM. This means that I’m constantly receiving articles from them about all kinds of efforts being made to entice more girls/women and minorities to study or work in STEM fields—computer science in particular, as that has been my focus. 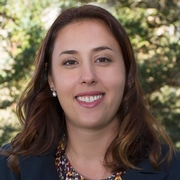 I was in a college calculus course. We were learning how to use quadrants and angles to solve functions.

People can either solve the function visually, or by calculating out their answer. As we were going through different problems, I was using the visual method to solve the function. My instructor commented that it was good that I could solve the equation that way, and that it was rare for women to be able to visualize the solutions.

At the time, I took it as a compliment. I assumed it was a well-meaning statement of fact that was biologically based.

What Are the Facts?

Do women really underperform men when it comes to visualization in mathematics? The actual ratio of women to men earning degrees in mathematics today is relatively gender balanced. Is the idea that men are better visual-spatial performers simply an engrained myth, or is it a fact?

Spatial visualization is essential to achievement in many STEM fields. In the book Why Aren’t More Women in Science?, the authors investigate differences in women and men’s spatial visualization abilities in mathematics. They look at data across many studies to build a better understanding of why women are underrepresented in fields such as physics, engineering and computer science.

The differences in spatial ability are real. The average American man can perform mental rotation of a 3-dimensional object that exceeds the ability of the average woman by half a standard deviation or more. In other words, this performance difference is large enough that it could have implications for both men's and women’s success in science (for example, see here and here).

Why Do These Differences Exist?

Researchers have come up with a range of hypotheses about differences in spatial abilities. The differences start early. There is evidence that boys already show preferences towards spatial systems when they are young. This could give them a cognitive head start for learning mathematics and science.

Researchers have also looked for biological causes to explain this sex difference. Some hypothesize that men are more lateralized—that is, to perform spatial tasks, they use the right hemisphere of their brain more often than women do.

Evolutionary hypotheses suggest that sex differences in the ability to navigate and use spatial representation to solve mathematical problems were selected in our ancestors by the activities they performed—“hunter” men and “gatherer” women.

One wonders, though, why such a trait would evolve differently in the sexes. “Man-the-hunter” and “woman-the-gatherer” both needed spatial skills to persist and reproduce. And sex-specific traits that enhance reproduction tend to be metabolically costly. Think of antlers among males in the deer family. Yes, they serve to attract females and dominate other males, but they also create a substantial nutritional demand. They are biologically “expensive.” When a trait is biologically “cheap” to produce—which spatial skills would presumably be—there is no reason why both sexes should not have inherited it (see the chapter by Newcombe in Why Aren’t More Women in Science for more on this).

There are findings that exposure to high levels of androgens early in life can enhance interest in male-typed activities that further spatial abilities, providing a different biological explanation for sex variations. And while the effects of sex hormones are a plausible biological hypothesis to explain spatial performance differences between the sexes (Newcombe again), the effects of hormones on spatial ability remain complex (see here and here, for example).

The good and probably most important news is that spatial ability levels can be increased overall. While sex differences in spatial ability are real, they do not seem to be biologically fixed.

Throughout the second half of the 20th century, intellectual ability in the U.S., including spatial visualization, has increased significantly. Are we really getting smarter? A meta-analysis demonstrated clear positive effects of simple spatial visualization practice that improved ability, and there are other more recent studies that support mutability findings as well. For example, a semester of computer-based visual ability practice (Tetris) led to substantial improvement in women undergraduates. When given these opportunities to practice, the gender differences in spatial ability evened out over time.

Equity in STEM Will Make a Difference

So, it turns out my calculus instructor was right. It is less common for women to be able to solve problems visually. Does this mean that we have clear explanations for why there are not more women entering STEM fields? I do not believe so. Even if biological factors are a substantial cause of sex differences in spatial visualization ability, changes to the environment are also powerful!

When it comes to identifying environmental factors influencing girls’ and women’s spatial visualization performance, we have a lot more work to do. A technical/scientific environment where both genders are represented is stronger than one that is not gender balanced. Women and men bring much more to STEM than just their innate mathematical abilities.

We stand to gain much more in the advancement of STEM when we apply a diversity of problem-solving approaches. Working together, we are more likely to come up with solutions that benefit us all.

Katrina Hunter is a Research Assistant at ETR. She can be reached at akatrinahunter@gmail.com.