Ambassadors of Science: Helping Others Understand a Science-Based Framework

Neil deGrasse Tyson famously said, "The good thing about science is that it's true whether or not you believe in it." During this time of fake news and alternative facts, promoting science-based approaches is more important than ever. If you’re like me, you encounter people every day who, knowingly or unknowingly, are making decisions based on false information.

From the Ground into Our Schools: Parent/Guardian Awareness of Radon Levels 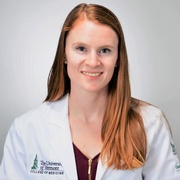 Radon is the leading cause of lung cancer among non-smokers. In spite of this, 38 states have no legislation requiring that radon levels be monitored in schools. Vermont, where I currently reside, is one of these states.

I conducted a research project in collaboration with several other medical students, University of Vermont faculty, and the American Lung Association. Our goal was to identify what parents in Vermont know about radon and the potential impact it could have on local schools. We were hopeful that parents would support and help garner public backing for new legislation mandating testing for and mitigation of elevated radon levels in Vermont schools. We were also hopeful that our project might serve as a demonstration for other states that do not currently regulate radon levels in schools.

Radon is a naturally occurring radioactive gas and the second leading cause of lung cancer in the U.S. (after smoking). It is odorless, tasteless and invisible. It can be found all over the United States. Homes, businesses and public facilities can test for radon. If levels are dangerously high, radon reduction systems can be put into place. Find more information at the EPA website on radon.

In order to address the issue of radon in schools in Vermont, our student team decided that we would survey parents with a questionnaire available in both written and online form. We were also interested in hearing from parents in a less structured setting. We arranged a discussion group in which we could ask open-ended questions of parents and hear what their values, thoughts and questions are about radon and school health.

We distributed the survey via public centers such as farmers markets, grocery stores and local community events. We also distributed at local clinics and on social media platforms. In total we collected 126 surveys and spoke with two parents at a discussion group.

We learned that parents were overwhelmingly in favor of legislation requiring testing and mitigation of elevated radon levels in schools. From our discussion group, we identified several themes, including public responsibility for safety. One parent remarked, “We put smoke alarms, exit signs, and sprinkler systems … in these buildings to protect people.… And yet we don't do anything to protect them against a known carcinogen.”

Regarding the lack of public awareness about radon, a parent remarked that, “In everybody's mind [smoking] is the only way you can get lung cancer. But it could have been something as simple as where you lived or [where you went to school].” This relative lack of awareness, paired with support for legislation to keep schools safe, supports the conclusion that parents may be a powerful demographic in support of legislation to monitor and mitigate elevated radon levels in schools.

Looking to the Future: We Believe Parents Are Key

We hope that in the future, we can provide further education for parents to bolster their support of radon legislation. Ideally, we would like to see a new radon bill come to the senate in Vermont and pass to become law. There was recently a radon bill in Vermont that was bundled into a miscellaneous education bill. Ultimately, it did not pass for reasons not related to the radon portion of the bill.

Because of the lack of public understanding about radon, as well as political and financial barriers, other states have faced similar challenges with passing radon legislation. This demonstrates some of the difficulty inherent in making changes in public health legislation.

We are hopeful that as awareness builds about the dangers associated with radon, we will see new legislation in Vermont and across the nation.

Kirsten Martin is a third year medical student at Larner College of Medicine, at The University of Vermont. This post is based on research that was honored in the 2018 Student Abstract Award for the School Health Education and Services Section of the American Public Health Association (an award sponsored by ETR). Kirsten can be reached at kirsten.martin@med.uvm.edu.