"What Were You Thinking?" What Developmental Neuroscience Tells Us About Adolescent Sexual Behavior

Every sex educator I know has stories about young people who’ve challenged their faith in our ability to change adolescent sexual behavior. For me, one of those stories is about a ninth grader named Rose.

Read More about "What Were You Thinking?" What Developmental Neuroscience Tells Us About Adolescent Sexual Behavior 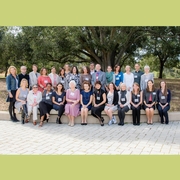 ETR’s inaugural Kirby Summit has started. While it’s not entirely clear what’s going to come out of this two-day event, I am certain it’s going to be powerful and different.

The Summit honors Doug Kirby, one of the greatest researchers the field of sexual and reproductive health has ever seen. Doug was also a senior research scientist here at ETR before his untimely death in 2012, and a colleague and true friend to many of us.

Doug had an insatiable curiosity and a love of civil debate. He’d certainly approve of this Summit!

The invitation-only event has brought together neurodevelopmental scientists and leaders in sexual and reproductive health research from across the country. Their charge? Take a look at how well we’re promoting adolescent sexual health, then come up with new ideas about how to do it better.

This morning’s session was exciting, energizing and—dare I say it?—mind-blowing. These are a lot of really smart people taking a hard, creative, transdisciplinary look at our existing models. I can’t wait to see what comes out of it all.

The Kirby Summit has been organized with support from The David and Lucile Packard Foundation, The Grove Foundation and The William and Flora Hewlett Foundation.

Marcia Quackenbush, MS, MFT, MCHES, is Senior Editor and manager of ETR’s blog. She can be reached at quam@etr.org.