Why bother learning to write computer code? That’s a question I used to asked myself. I believe that many women are still asking this question. They don’t perceive the value of coding until they get into the workforce and discover a host of ways coding can increase the impact of their work.

This is just one more reason we should celebrate, support and advocate for the improvement of alternative computer science (CS) training grounds such as coding boot camps.

Equity in STEM: It Takes More Than Individual Determination 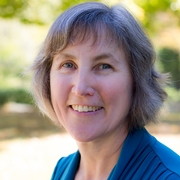 The mainstream culture in the U.S. values independence. As a nation, we esteem individual actions and view them as paths to success. “Pulling yourself up by your bootstraps” is an admirable trait.

However, that focus is not the full picture.

Books such as Outliers: The Story of Success, by Malcom Gladwell, point out that success can be more about the right opportunity at the right time, and less about individual talents and interests. For many years, researchers from critical perspectives from feminist, ethnic and queer studies have pointed out that our society and social groups silently restrict or enable who has opportunities. In addition, our circles of friends and acquaintances can push us to behave or think a certain way based their expectations of us or our own desire to fit in. Even strangers signal how they expect us to behave, which channels our actions.

As a Senior Research Associate on ETR’s Equity and Inclusion in STEM team, I am fully committed to an equity perspective in educational systems. My research focuses on adults and explores alternative pathways into computing and computer science. Why? Because I believe that our current system of four-year universities privileges some students over others. It has been slow to bring a diversity of students into the field.

For some time now, I have watched the furor in the popular press over diversifying who works in computing and computer science fields. I am saddened to see the repeated insistence that women or other underrepresented groups are simply not interested in computing or computer science. To me, such opinions highlight the blinders that make us think that everyone makes choices about their education and career in a vacuum. 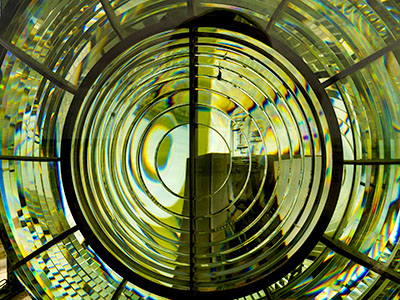 An alternative view is exemplified by frameworks that emphasize the interrelationship between individuals and larger community or societal groups. These frameworks have been theorized by such researchers as Rom Harré in his positioning theory and are illustrated in ETR’s Health Equity Framework (see box). In such frameworks, we see that educational outcomes are influenced by more than individual differences, choices and actions. We find that relationships and interactions with others, in the context of communities and organizations built around systems of power, also promote or restrict educational choices and outcomes.

The Health Equity Framework is a tool that helps us be more intentional and grounded about equity issues in all of our projects. It highlights four interconnected factors that influence not only health but also educational outcomes, and determine the presence, or absence, of equity. These factors are (1) individual factors; (2) relationships and networks; (3) systems of power; and (4) physiological pathways.

When equity is present, individuals and communities have the personal agency and fair access they need to connect to resources and opportunities. These, in turn, bring about the best possible health and educational outcomes in physical, emotional and social realms.

The examples in Dr. Lyon’s post demonstrate how these principles and processes apply in educational equity.

Here are some stories I’ve gathered in my qualitative research that illustrate how pathways to CS education are not straightforward and how the interrelationships of systems and context influence these pathways. (Two have been shared in other publications, in slightly different formats. Pseudonyms are used.)

Melinda, a white woman, never considered a computer science major during college. She’d always enjoyed tech things. She was even the unofficial tech support person for her high school yearbook team. But this didn’t seem to translate to CS coursework.

Years later, she started taking classes in Microsoft Access, a database management system, because she realized that a database would be useful for the small organization where she worked. Building the database gave her the credentials she needed to be hired as a Salesforce CRM (Customer Relationship Manager) administrator at a community-based nonprofit. Her manager and a co-worker, both male, both tech-focused in their work, were impressed by her skills. They encouraged her to learn more about coding.

She pursued several online resources for learning She continued building her skills through Salesforce’s documentation. She moved from a position as Salesforce administrator to a Salesforce developer. Now, at age 34, she works only in development. She sees herself as a software developer despite her lack of a CS degree.

Esperanza, a young Latina woman, was admitted to a state university after graduating high school, but chose a less expensive community college in her rural neighborhood. While she had an interest in computer science, she was “afraid of math classes like calculus.”

She obtained her associate’s degree in social science, then transferred to a state university. Once there, she realized that she still wanted to study computer science, something she had “always loved to do.” She decided to switched majors. 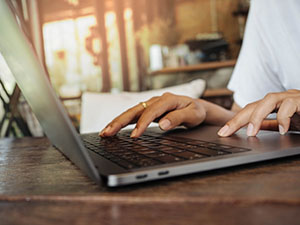 This had substantial repercussions for her. At the state university, her associate’s transfer agreement in social sciences required her to complete the course of study in that department. She could not change majors. However, if she returned to community college to study CS, she would no longer be eligible for financial aid.

While she was able to get a Board of Governor’s waiver from the community college that allowed her to pursue an associate’s degree in CS with financial aid, other obstacles emerged. There were not enough classes in the CS department and some of the basic classes were full. There were no online options. If she couldn’t complete the necessary prerequisites, she would not be allowed to enroll in advanced classes. These complications were likely to put off her ability to complete her degree by a full year. This created sizable challenges financially, socially and emotionally.

(A version of this story was previously included in this publication.)

Luis: A “Messed Up” Academic Plan

Luis, a Latino student, attended a community college. When it was time to transfer to a four-year institution, his applications to public universities were rejected because he was missing an essential English class needed for transfer.

Luis explained that the advisors in his community college “kind of messed up my academic plan years ago. They had thought I only wanted to get an associate’s degree, but I wanted to transfer out.” He was unable to take the required English class at his community college because he had already taken the maximum number of classes allowed.

He finally talked to an instructor who suggested he apply at a private university. He did so and was accepted. This school allowed him to take the missing class after he transferred. However, because of the high cost of tuition at the private school, he was only taking two classes there at the time of our interview. He focused on his core computer science classes at his private university, but was completing general education classes online through public universities. He said these online classes were “about a third of the price” of courses at the private university.

(A version of this story was previously included in this publication.)

Shipra: Discovers Her Interest in Coding on the Job

Shipra, an Indian American, had never considered majoring in CS. She studied public health at college but took no CS classes. It was only after she started working in pharmaceutical research that she found utility in being able to code. 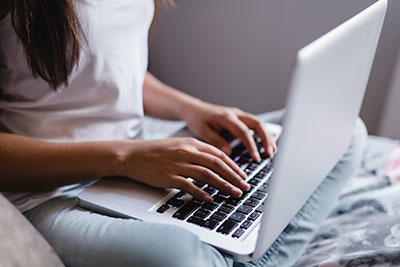 Through her work, she discovered that there was “more of a technological side to public health and that my end goal would be to work in that sector.” Based on her new job goals, Shipra decided to attend a coding boot camp.

She attended an all-female camp. She wanted to “feel comfortable working with a cohort that I think is more open and inclusive.” She expressed concern about moving from an all-women setting to a mixed gender setting in the workplace, aware that engineering is a male-dominated industry. She anticipated that there would be “gender bias and racial bias at a lot of these tech companies, and I think that's something to be prepared for and yet still be professional about.”

She was able to get a job as an Information Systems Analyst. Other women from her boot camp work at the same place, which Shipra has found helpful. Her future job plans are to “code more,” particularly in web design and data design.

Let’s Take Off Our Blinders

I hope that we can continue to take off our blinders and look beyond our social conditioning to strive toward equity and inclusion in our educational systems, particularly in STEM fields such as computing/computer science. To do this, we need to look beyond the individual to relationships and social networks embedded in educational and industry establishments organized around systems of power. And then we need to act to ensure that all students have equality of outcomes rather than equality of opportunities, by implementing what we know from research to create a supportive environment for all.

Louise Ann Lyon, PhD, is a Senior Research Associate at ETR. She brings industry experience in the software engineering workplace together with a research background to her focus on diversifying technology at postsecondary institutions and in the workplace. She can be reached at louann.lyon@etr.org.