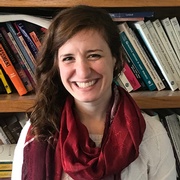 I am a suicide prevention researcher. One of my early experiences in the field ultimately led me to a powerful conclusion. When schools (1) put effective, evidence-based anti-bullying polices in place, (2) make sure students know how to report bullying, and (3) ensure responses to these reports are perceived by students to be effective, schools are likely to see fewer suicide attempts among their students.

Some years back, I was putting together a needs assessment for Kentucky’s suicide prevention team. This process involved gathering as much data as I could find, and bringing that together with the findings of focus groups conducted by two of my colleagues.

The focus groups were held with parents of young people. The findings were telling. Though we opened the groups with questions about suicide, the conversation immediately shifted to bullying.

This is not to oversimplify the matter—suicide is a complex issue that rarely has a singular cause. Youth who are bullied frequently face other risk factors for suicide, such as trauma in the home or mental illness. It is also important to note that the vast majority of those who are bullied do not attempt suicide.

Research on the impact of such policies on suicidal behaviors is even more limited, but a recent study of lesbian, gay and bisexual (LGB) students found that these students were less likely to have attempted suicide if they lived in counties where more school districts had anti-bullying policies with inclusive language to explicitly protect LGB students.

Because of the limited research on the impact of anti-bullying policies on suicidal behavior among youth, I decided to do a study on exactly that. Kentucky is fortunate to have a large behavioral health survey of over 100,000 middle and high school students called the Kentucky Incentives for Prevention (KIP) Survey.

In 2016, we included questions on the survey about bullying. Had students been bullied in the past year? Had they been cyberbullied? Did they know how to report bullying at their school? If so, did they think their school’s method for reporting bullying was effective? We also asked students if they had attempted suicide in the past year.

First, I tested the relationships between these measures. As the research supports, I found that students who were bullied or cyberbullied were significantly more likely to attempt suicide than those who were not bullied.

The findings of this study have some important implications for educators, school administrators and those in the suicide prevention field.

First, any school without an anti-bullying policy would benefit from putting one in place. As the prior research indicates, it is best that this policy be one grounded in evidence-based theory.

Second, schools should make sure every student in their building knows how to report bullying. The results here suggest that simply promoting existing anti-bullying policies to improve knowledge of these procedures is a low-cost and simple intervention that could reduce suicide risk.

Third, schools should work with students to make sure the policy resonates with them. Nearly 40% of students in our study did not feel that their school’s policy was effective, and these students were at an increased risk of attempting suicide. Working with students to clarify and improve existing policies so that they are perceived to be more effective may be another low-cost intervention to reduce suicide risk among students.

In the context of rising suicide rates nationwide among adults and youth, we must take actions to protect and support those who are most vulnerable. Making sure that every student knows how to report bullying and working with students to ensure that the policy actually helps them is a no-brainer—a low-cost and easy intervention that could save countless lives.

If you or someone you know is in crisis and needs immediate help, call the toll-free, 24-hour hotline of the National Suicide Prevention Lifeline at 1-800-273-TALK (1-800-273-8255) to be connected to a trained counselor at a suicide crisis center nearest you.

Teresa McGeeney, MS, is a doctoral student studying epidemiology at the University of Louisville School of Public Health and Information Sciences. She also works as a researcher and evaluator at REACH Evaluation, working on projects ranging from suicide prevention to academic achievement. Teresa and her coauthors presented these findings at the 2017 American Public Health Association Annual Meeting, where ETR awarded her the Outstanding Student Abstract Award for the School Health Education and Services Section. Teresa and her coauthors are in the process of submitting these findings for publication. She can be contacted at teresa@reacheval.com.